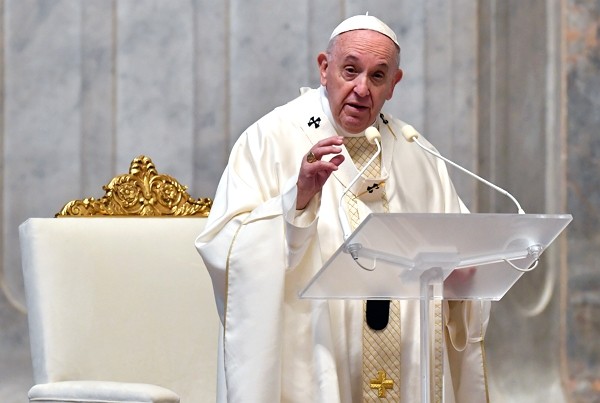 TAIPEI (Taiwan News) — Pope Francis has allegedly omitted a pre-written paragraph of his speech, where he addressed Beijing's recent implementation of the Hong Kong national security law, during his Angelus address on Sunday (July 5).

Contrary to what the global community had been led to believe by his previous hints, the Pope did not offer a reflection on Hong Kong's current situation like he had planned. He also noticeably left out a plea for religious freedom and human rights in the special administrative region, according to Italian journalist Marco Tosatti, who reported the incident on his blog.

Tosatti pointed out that the reporters who attended the Angelus all received a copy of the Holy See Bulletin prior to the speech, but were later advised that the section of the Pope's remarks about Hong Kong's new legislation would be skipped. While there was no explanation offered by the Vatican, Tosatti said he suspected the Pope's decision was driven by political pressure from the Chinese government.

In the embargoed version of his speech, the Pope expressed his concerns for Hong Kong and its residents, adding that he hoped the people involved could solve their differences with "wisdom and authentic dialogue," which requires non-violence and "respect for the dignity and rights" of each individual. He emphasized that societal and religious freedoms could be exercised as stated in various international documents, reported CNA.

In the wake of the Pope's obvious Hong Kong omission, some international media have criticized him for succumbing to Beijing's pressure. Hong Kong Bishop Emeritus Joseph Zen (陳日君) also warned of the consequences of compromising with a totalitarian regime, stressing that the Catholic Church would not be spared if Hong Kong loses its freedom and that the Vatican would eventually become unable to defend the religious freedom of individuals worldwide, reported Liberty Times.