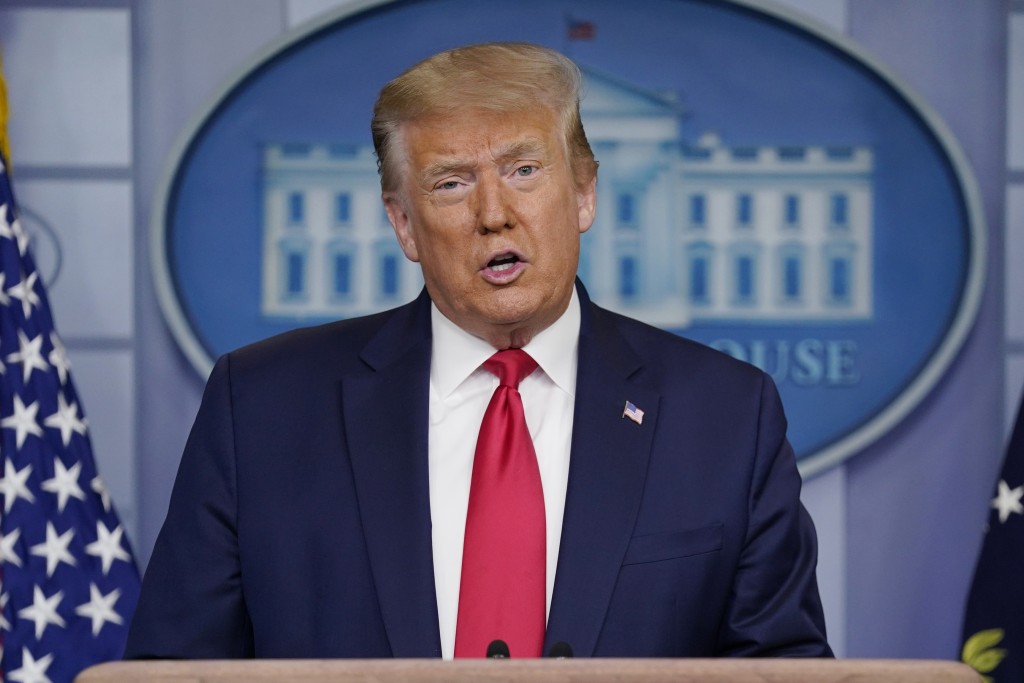 This is the first part of a two-part commentary. The second part can be found here.

Whatever anyone might think of President Donald Trump, many Taiwanese and foreign friends of Taiwan will likely be concerned should he lose the November election. Whatever Trump’s flaws or failures may be, the fact is that the overall results of the Trump administration for Taiwan have been overwhelmingly positive, especially in comparison with the President’s predecessors. As Marc A. Thiessen argued in a Jan. 16 commentary in The Washington Post, “Donald Trump is the Most Pro-Taiwan President in American History.”

Moreover, the Trump administration has undertaken a long-overdue fundamental change of direction for our policy toward the People's Republic of China (PRC), a shift that realistically takes into account the Chinese Communist Party’s (CCP) threat to U.S. interests and values. This shift also clearly tracks with changing American public opinion. As the Pew Research Center on April 21 reported, “negative views of China [in the United States] have continued to grow.” A total of 66 percent of Americans now say they have an unfavorable view of the PRC: “the most negative rating for the country since the Center began asking the question in 2005, and up nearly 20 percentage points since the start of the Trump administration.”

It is, therefore, no surprise that many of my Taiwanese friends who cherish Taiwan’s democracy, freedom, and rule of law have largely welcomed an administration that has said and done more overall for Taiwan than any previous administration since the Taiwan Relations Act (TRA) became U.S. law in 1979. The TRA was, of course, a congressional rather than presidential initiative.

Nonetheless, President Trump himself has notably been largely absent, at least in public, from his administration’s attention to Taiwan, and his expressed opinions on China have been mixed as well. Except for the congratulatory phone call Trump received from Taiwanese President Tsai Ing-Wen (蔡英文) on December 2, 2016, at a time when he had not yet been inaugurated, we have heard remarkably little from President Trump about Taiwan, even though it remains one of the key flashpoints for possible conflict in the world.

Moreover, even President Trump’s famous phone call with Tsai may have been his staff’s doing. According to a Washington Post report on Dec. 4, 2016, President Tsai’s call was “the product of months of quiet preparations and deliberations among Trump’s advisors about a new strategy of engagement with Taiwan that began even before he became the Republican Presidential nominee, according to people involved in or briefed on the talks.”

An early concession to Xi on Taiwan?

We also know that President Trump had not spoken to Chinese leader Xi Jinping (習近平) since a week after President Trump was elected. As a result of the conversation with Tsai, according to a New York Times report, Xi set as a precondition for another call a pledge that the United States would honor the (so-called) “One China policy.” This is a formulation and policy that the U.S. has never accepted.

Notably, after the two leaders finally met April 6-7, 2017, at Mar-a-Lago in Florida, we heard very little about what was discussed and nothing at all from Trump about Taiwan. In an interview with The Wall Street Journal published on April 12, President Trump instead recalled his conversation with Xi about the history of China and South Korea, noting that Xi had given him a lesson that had surprised him: “Not North Korea, Korea. And you know, you’re talking about thousands of years...and many wars. And Korea actually used to be a part of China. And after listening for 10 minutes, I realized that it’s not so easy.” It is impossible to believe, however, that in the course of this lesson on a PRC version of history, Xi did not also deliver the false lesson that Taiwan had been a part of China “from time immemorial.”

Despite President Trump’s lack of public comments or Tweets about Taiwan, we have nonetheless seen him over the past three years sign into law six congressional initiatives designed to support the country. Notably, however, in the case of laws solely dealing with Taiwan, he appears never to have done so with any of the publicity he often welcomes at other signing ceremonies, and he has made no mention of Taiwan when he has signed broader pieces legislation. The six laws relevant to Taiwan include:

— The 2018 National Defense Authorization Act (Dec. 12, 2017) was in part aimed at strengthening the defense partnership between the United States and Taiwan and normalizing the transfer of defense articles and defense services to Taiwan.

— The Taiwan Travel Act (March 16, 2018) encouraged visits between the U.S. and Taiwan at all levels — including high-level visits.

— The 2019 National Defense Authorization Act (Aug. 13, 2018) called for strengthening Taiwan’s force readiness and for a comprehensive assessment — in consultation with Taiwanese counterparts — of Taiwan’s military forces and recommendations for improvement. The Act also called for strengthened defense and security cooperation with Taiwan, including “opportunities for practical training and military exercises with Taiwan.”

— The Asia Reassurance Initiative Act of 2018 (Dec. 31, 2018) reaffirmed U.S. support for a close economic, political, and security relationship with Taiwan and the enforcement of all existing U.S. commitments regarding the country. It committed the U.S. to counter PRC efforts to change the cross-strait status quo and to supporting peaceful resolution acceptable to both sides of the Taiwan Strait. It again called for regular transfers of defense articles to Taiwan, adding that they should be tailored to meet existing and likely future threats from China, including supporting Taiwan's efforts to develop and integrate asymmetric capabilities into its military forces. And once again, it urged the U.S president to encourage visits by high-level officials in accordance with the Taiwan Travel Act.

— The 2020 National Defense Authorization Act (Dec. 19, 2019) described Taiwan as a vital partner critical to a free and open Indo-Pacific region, and reaffirmed U.S. commitment to the Taiwan Relations Act and Six Assurances. It called for enhanced Taiwan-U.S. cooperation on cybersecurity, and required a report on the feasibility of establishing a high-level, interagency U.S. — Taiwan working group for coordinating responses to emerging cybersecurity issues and a report on PRC efforts to influence the elections in Taiwan.

— The Taiwan Allies International Protection and Enhancement Initiative Act (TAIPEI Act) (Mar. 26, 2020) called for the U.S. to “advocate, as appropriate, for Taiwan's membership in all international organizations in which statehood is not a requirement” [a President Clinton formulation inconsistent with the TRA and therefore hardly a step forward]. It also called for Taiwan to be “granted observer status in other appropriate international organizations” and for support for Taiwan in “strengthening its official diplomatic relationships as well as other partnerships with countries in the Indo-Pacific region and around the world.”

More recently, on June 26, both houses of Congress introduced the Taiwan Fellowship Act, an innovative initiative that would establish an exchange program with Taiwan so American federal employees could undertake a two-year fellowship to live, learn, and work there in order to help them better understand the island nation. In addition, the Senate introduced in June the Taiwan Defense Act — which the House of Representatives also put forward on July 1 — requiring the U.S. Department of Defense to take steps to ensure Taiwan’s ability to thwart a PRC invasion.

The unprecedented laws enacted and proposed to strengthen Taiwan and the U.S.-Taiwan relationship have enjoyed bipartisan and nearly unanimous support in Congress (a rarity on most other issues). This almost certainly also reflects the growing U.S. consensus that the PRC is hostile to the country, its interests, and its values, and that Taiwan is a friend and partner with shared values and interests. Since CCP Secretary General Xi Jinping ascended to rule China in 2012, his policies, both domestic and foreign, have increasingly galvanized antipathy toward the PRC not only in the United States but also in other democracies.

Nonetheless, it is also unclear to what extent the American government has implemented the largely hortatory legislation relating to Taiwan. As DPP Legislator Wang Ting-yu (王定宇) observed, according to the Taipei Times on July 1, “Closer ties between the two nations in recent years have been based on the passage of laws,” but they have been “lacking executable items that yield concrete results.”

For example, despite U.S. resolutions repeatedly calling for higher-level official visits to Taiwan, the highest-level American civilian government official to visit during the Trump administration has been an assistant secretary of state for education and cultural affairs. When I was director of AIT from 2009-12, we actually did somewhat better, with visits by the deputy secretary of the Department of Energy, the director of the Agency for International Development, and the assistant secretary of commerce for international affairs.

Visits by the U.S Department of Defense officials have apparently been even more limited or at least more low-key. For example, as reported by the Financial Times on Nov. 23, 2019, Deputy Assistant Secretary of Defense for East Asia Heino Klinck had visited Taiwan earlier that week, but the visit was not made public. He was reportedly the most senior Pentagon official to visit Taiwan in more than a decade.

U.S. military has led the way in support of Taiwan

Nonetheless, we also know from media reports that the U.S. military has been far more active, although necessarily quiet, about visits, exchanges, and other forms of cooperation with their Taiwanese counterparts. In a clear shift of policy from the Obama administration, the U.S. military has also greatly stepped up naval and air transits and reconnaissance of the South China Sea, the Taiwan Strait, and the areas around Taiwan, partly in response to increasingly provocative Chinese deployments. On July 4, for the first time since 2016, two U.S. aircraft carrier groups sailed into the South China Sea on a freedom-of-navigation operation. The PRC’s military was also conducting exercises nearby.

Taiwan’s arms purchases have totaled some US$10 billion during the Trump administration, including dozens of F-16 fighter jets, portable Stinger anti-aircraft missiles, and M1A2T Abrams tanks (a Taiwanese decision I seriously question), and most recently, 18 MK-48 Mod6 heavyweight torpedoes. The sales have continued but not set records. There are many factors influencing the two countries' decisions to sell and buy arms and when to do so. Nonetheless, despite repeated language in U.S. legislation about strengthening Taiwan’s defense, we should note that arms sales to Taiwan over the past three years have not exceeded the Obama administration's US$12.2 billion in sales in 2010 and 2011.