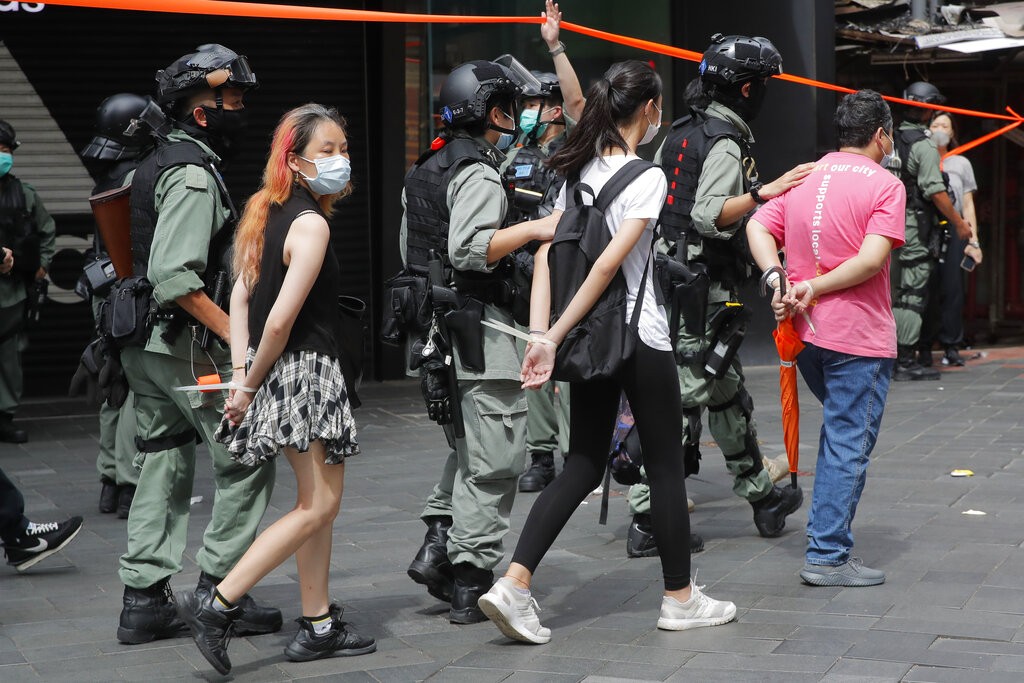 On Monday, Hong Kong suddenly announced seven implementation rules for Article 43 of the Hong Kong national security law, which refer to measures taken to handle offenses "endangering national security." Among these new rules are two articles that are directed specifically at political organizations in Taiwan.

Under Article 5, which applies to foreign and Taiwanese political organizations and agents, Hong Kong police, under the guise of "national security," are able to require such bodies to provide information on "the activities, the personal particulars, as well as the assets, income, sources of income, and expenditure of the organisation in Hong Kong." This information must then be handed over within a "specified period."

The document again refers to Taiwan again under Article 7, which states that if the foreign or Taiwanese political organization fails to provide requested information regarding an "offence endangering national security," it will be subject a fine of 100,000 Hong Kong dollars and six months imprisonment, unless it can prove that it had tried to comply to the best of its ability but was unable to for reasons beyond its control. If someone in the organization is found to be submitting "false, incorrect, or incomplete" information, they could face a fine of 100,000 Hong Kong dollars and up to two years in prison.

Taiwan's main representative office in Hong Kong is the Taipei Economic and Cultural Office in Hong Kong (TECO), and there are fears that these new rules could hamper its operations. Specifically, the requirements to provide information about an offence endangering national security and restrict individuals from leaving Hong Kong could greatly hinder Taiwan's ability to issue visas to Hongkongers wishing to flee oppression in the territory.

The full text of the article can be seen on the Hong Kong government website.