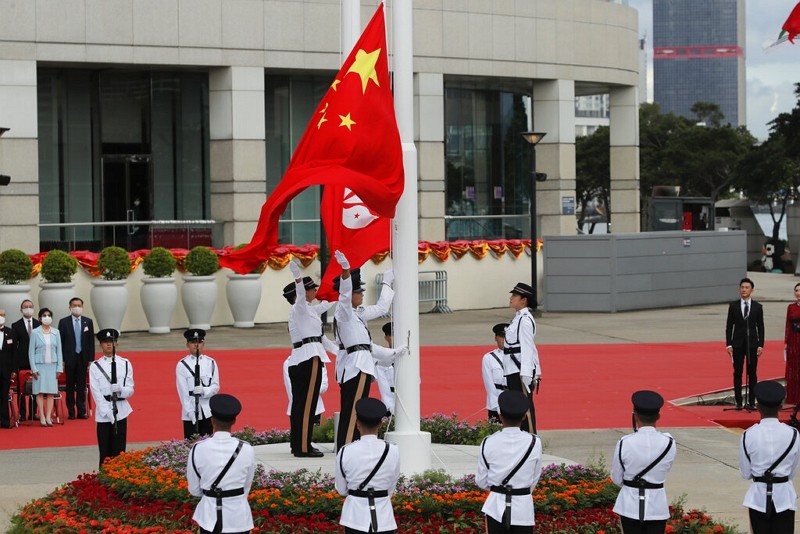 TAIPEI (Taiwan News) — A new book compiling interviews of Hong Kong activists in the anti-extradition bill movement will be published in Taiwan to avoid the risk of legal consequences if it is printed in the Chinese city.

The Umbrella Men (傘下的人), a group of media workers from the semi-autonomous territory, were planning to publish a book of first-hand accounts of the pro-democracy campaign last year. However, the recent enactment of the highly controversial national security legislation for Hong Kong has raised concerns about possible charges being brought, wrote Ming Pao, a Hong Kong newspaper.

The book, titled "Our Final Evolution" (我們最後的進化), will contain 30 interviews, including with protestors and those wounded in the months-long movement. Sensitive content such as the slogan "Liberate Hong Kong, revolution in our times" (光復香港，時代革命) could constitute an offense given the ambiguous wording of the law, said A-Mu (阿木), a member of the project.

Albert Chen Hung-yee (陳弘毅), a professor at the University of Hong Kong's Faculty of Law, has said on a radio show that penning articles criticizing the government would not be deemed a violation of the law as long as there is no incitement to violence. Nevertheless, Ronny Tong Ka-wah (湯家驊), a senior Hong Kong lawyer, reckoned publishers and authors of such books could face relevant charges "based on their intentions," according to the report.