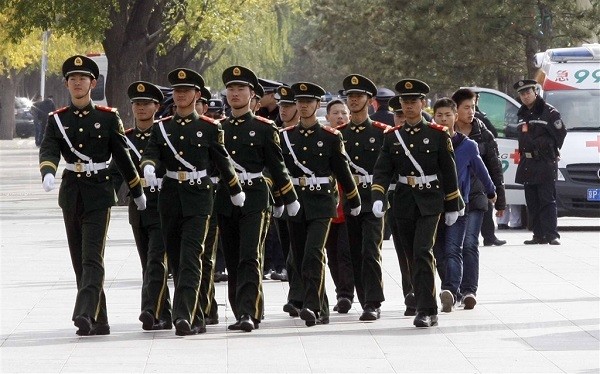 According to Article 14 of the Basic Law, the Hong Kong government can ask the military forces stationed in the region by the Chinese central government to maintain public order. However, throughout the yearlong protests in the territory, the authorities never resorted to this solution to tackle the social unrest.

The news agency believes the arrival of the Chinese armed police might further impose pressure on the Hong Kong protesters and weaken the rights guaranteed by the Basic Law.

Allegedly, the armed police that will enter Hong Kong will mainly come from Guangdong province. Since the anti-extradition bill protests began in Hong Kong, a group of armed police has been training for riot control in Shenzhen; some estimate that there are around 4,000 officers in total, with 200 to 300 to be deployed to Hong Kong on a three-month rotating basis, according to the Tokyo Shimbun.

Established in 1982, The Chinese People's Armed Police Force (PAP) is responsible for internal security, anti-terrorism, and more. The PAP neither belongs to the Chinese police force nor the Chinese military, but can be incorporated as militants in wartime.

Generally, the Chinese police are in charge of their own duties, but the PAP may step in when emergencies occur, such as terrorist attacks.

Hong Kong Legislative Councilor Lam Cheuk-ting (林卓廷) told Apply Daily that compared to the Chinese military stationed in Hong Kong — who are required to stay on base — these so-called observers might be able to practice law enforcement and even give orders to Hong Kong's police. "In the future, the police in Hong Kong will only be puppets who follow everything Beijing dictates."