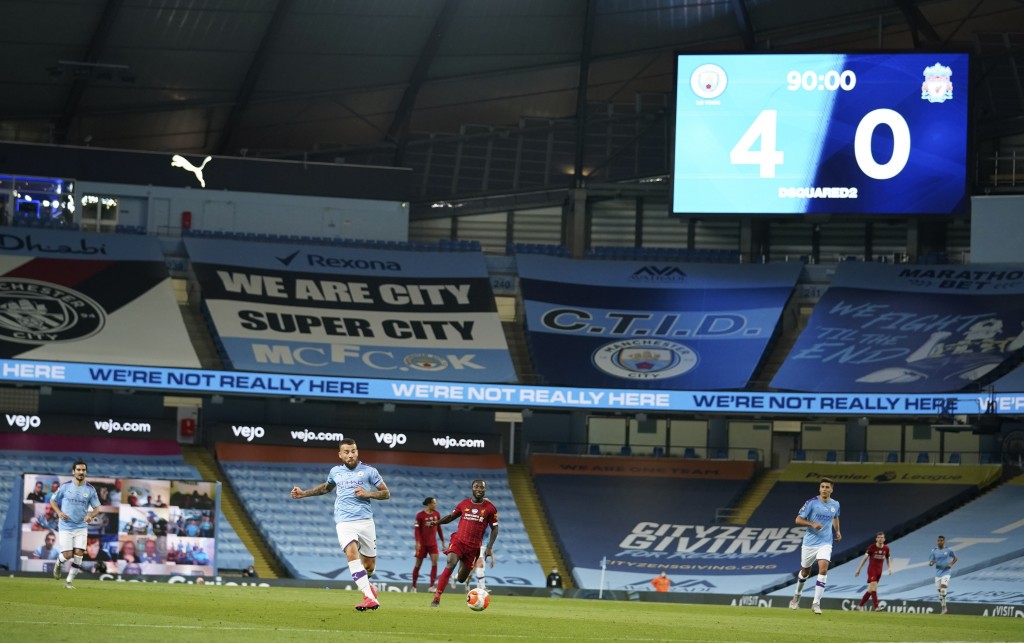 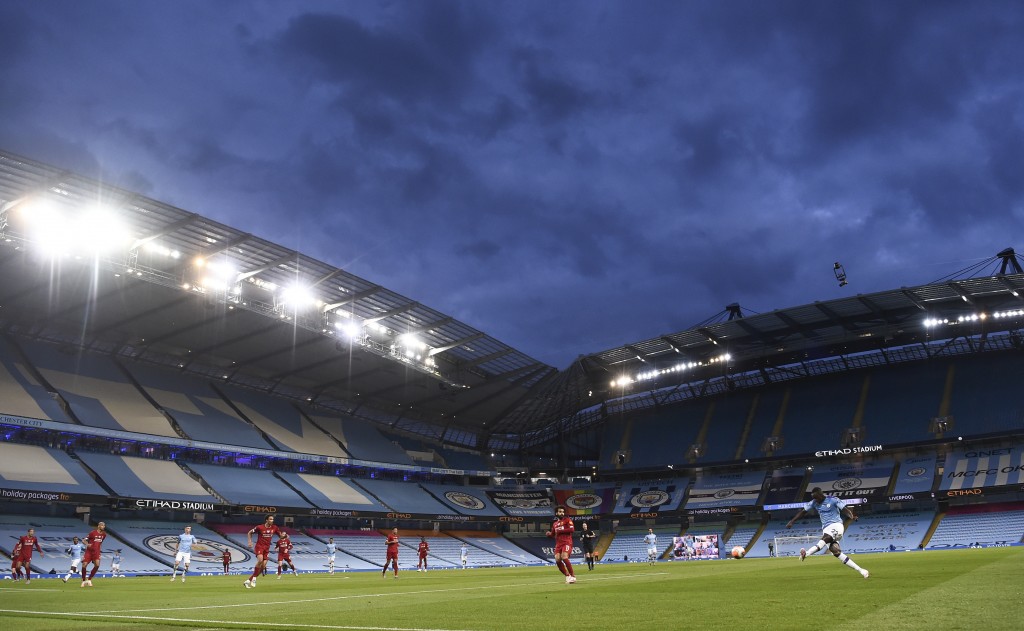 There's clearly a huge difference between an English Premier League match and one played between friends on a local field. But when you take away 54,000 fans who would otherwise be singing and cheering at Liverpool's Anfield, both sound the same.

That doesn't seem appropriate to Pierre Moossa, NBC's coordinating producer for Premier League coverage. He is one of those who have embraced adding crowd noise to telecasts with games being played in empty stadiums due to the coronavirus pandemic.

“All the different sports are trying to find ways to cover the game behind closed doors, but as you get down to it, certain sports are more tied or associated with certain experiences than others,” Moossa said. “It did surprise me how much something that is not natural to the game itself, meaning that it’s being enhanced, would make such a difference to the viewing experience.”

With leagues that already have returned using crowd audio, it is likely it also will be used in some form when Major League Baseball, the NBA, the NHL and the NFL resume. Those leagues have said they are evaluating options, but nothing has been finalized.

Los Angeles Angels manager Joe Maddon said he would be for some sort of noise in ballparks during games.

“I would not be opposed to it because it would be weird to listen to broadcast from behind home plate. You don’t want everyone to hear everything you are saying all the time,” he said. “You have to be mindful of that and have some kind of white noise to prevent writing down the conversations.”

Before the Premier League returned last month, Moossa was all for authenticity. That is until he watched a game with natural sound and compared it to watching guys playing in a park. Others have said matches felt flat because the only sounds were the ball being kicked, the referee's whistle and coaches giving direction.

“For a lot of us that didn’t play professional soccer or football, at that level the crowd is such a big part of it. I think the term soundtrack, it’s so ingrained,” Moossa said.

Fans at home are the only ones who can experience the roar of the crowd. The Korean baseball league is the only league regularly piping in crowd noise at stadiums so they are not completely silent, though the sound is barely audible during games aired on ESPN.

The Premier League also realizes there are purists who think adding crowd noise is wrong. Games on NBC and NBCSN can be viewed online using the natural sound from stadiums.

Fox Sports announcer Joe Buck said during a recent interview that some crowd noise was a "necessary tool to normalize the viewing experience at home.”

Even though soccer stadiums aren't piping in crowd noise, NBC's Arlo White is hearing the augmented sound in his headset while calling the game. He said it hasn't been a distraction and that it does serve some useful purpose.

For the early adopters, it hasn’t been a one-size-fits-all approach. They do have something in common: It's more than simply adding applause during a key moment.

Germany’s Bundesliga was the first to experiment when it returned in mid-May. German broadcaster Sky Deutschland had a sound engineer with more than a dozen sound clips at his disposal for key plays. The clips were compiled from games played earlier in the season.

The Premier League and Spain’s La Liga went one step further by enlisting EA Sports to provide crowd effects that it compiled over the years for its FIFA video game franchise. Andrew Vance, a producer and designer for EA Sports, said broadcasters have more than 800 sound clips available for their respective leagues.

EA Sports could do the same thing for the NFL and NHL since it has the exclusive contracts for those leagues. The NBA has been in contact with 2K Sports about possibly using its sound library when the league is scheduled to resume outside Orlando, Florida.

The system that is drawing the most acclaim is the one created by Fox Sports Australia for its rugby and Australian rules football coverage.

Steve Crawley, Fox Sports Australia’s head of television, knew the status quo wasn’t going to be acceptable in mid-March when he watched St. George Illawarra’s Matt Dufty intercept a pass and go 80 meters for a try. It was a great play, but the effect was lost for fans because it was in an empty stadium.

When the National Rugby League was forced to shut down for eight weeks, Crawley and his team went to work trying to create their own system after another company said it could provide virtual crowd noise for the rest of the season but at a cost of $2 million.

Under the system created by Crawley and his team, each of the NRL’s 16 teams have at least 57 specialized clips gathered from previous games, ranging from when they score a try to when they commit an error. The clips are different depending on if they are home or away.

Crawley compared coordinating the sound and action to “playing an instrument.” In many respects, the audio engineers have to be a step ahead of what's happening on the field so they can put in the appropriate reaction at the perfect time.

“This isn’t just a roar, a clap or some background murmur, we work very hard to get the sound right,” he said. “The most important thing is the game and what is going on followed by the crowd noise. We have worked very hard to get the right mix and have got better as the games have gone along."