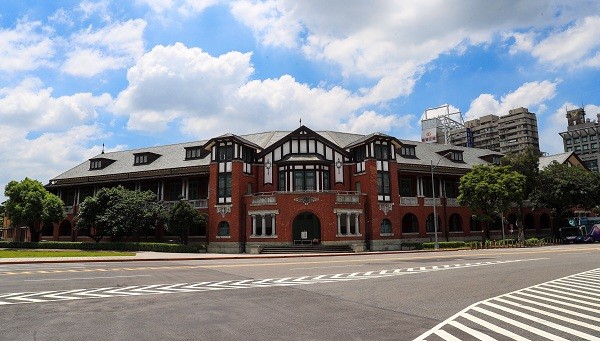 TAIPEI(Taiwan News) — The National Taiwan Museum’s (NTM) Railway Department Park will be open to the public on Tuesday (July 7) with six historic national monuments on display.

The park was once the site of the Railway Department during Japanese rule (1895–1945) and became the headquarters of the Taiwan Railways Administration after Japan handed Taiwan over to the Kuomintang. It served as the base of operations for Taiwan’s railways for 70 years and was designated a national historic site in 2007.

The brick-and-wood office is the centerpiece of the site and is marked by two towers at the entrance. The office is shaped like an arc because of its location at an intersection, according to the NTM website.

"Three classic pillars are placed at both sides. A veranda is on the second floor, which is 2 meters in width and supported by dual pillars,” the NTM website stated.

The war command center was built in 1943 during the height of World War II. Serving as an emergency shelter for senior-level staff, it was constructed with reinforced concrete and consists of two parts: the upper section, which is 7 meters above ground and shaped like a cone to avoid bombardment, and the underground lower section.

The entrance of the command center is equipped with an explosion-proof iron door. A protective wall was added by the Nationalist government after it retreated to Taiwan in 1949 at the close of the Chinese Civil War.

The octagon male washroom is a one-story structure that was built in 1919. With a vent above, the main structure is an octagonal pillar with a urinal on each side, and its eight reinforced concrete beams are connected like an open umbrella.

Built before 1925, the electrical room was used for powering machinery and storing electricity, but it will now serve as the canteen area, where visitors can enjoy meals and drinks.