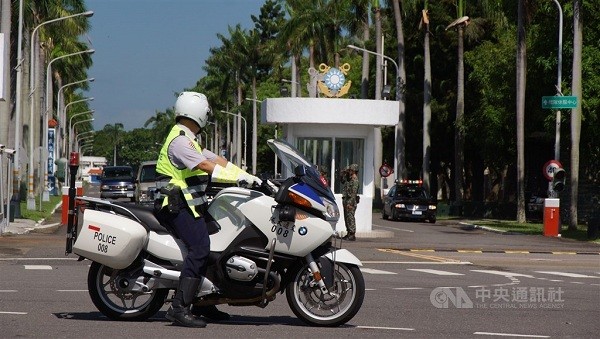 One of the supervisors of a Navy anti-landing drill in Taiwan that went fatally wrong on Friday has committed suicide, the military said Sunday.

Navy Lieutenant Commander Yang (楊) was found hanging by the neck in his room at the Kaohsiung Zuoying naval base early Sunday, hours after one of the soldiers injured in the drill died in hospital, according to a Navy press release, which did not give Yang's full name.

Yang was immediately taken to hospital but could not be resuscitated and was pronounced dead, the Navy said.

Yang, a member of the Navy's Education, Training and Doctrine Development Command, was one of the instructors and supervisors in the military anti-landing drill held off Taoziyuan beach in Kaohsiung on Friday, the press release said.

During the exercise, a raiding craft from the 99th Brigade of the Marine Corps overturned with seven soldiers aboard, all of whom were rescued, but four of them were hospitalized, three with pulmonary edema, a condition caused by an abnormal amount of fluid in the lungs, according to the Navy.

In the early hours of Sunday, one of the soldiers died, while two remained in intensive care on life support, and the fourth was said to be in non-critical condition.

In a press release Saturday, the Navy Command said an initial investigation into the accident had found that it was caused by surge waves, which are unpredictable waves that appear suddenly.

On Sunday, the Navy Command's Political Warfare Director Chang Chun-yi (張存義) told reporters that prosecutors had ruled out foul play in Yang's death, based on the post-mortem report by medical examiners.

Chang said no suicide note had been found, and the military would not speculate on whether Yang's suicide was related to the fatal boat accident on Friday.

The military is working with prosecutors to find out why Yang committed suicide, Chang said.

The Navy, meanwhile, has expressed condolences to Yang's family and said it will offer them funeral assistance.

The anti-landing drill was being held in preparation for the Han Kuang military exercises, Taiwan's major annual live-fire drills, which are scheduled this year for July 13-17.