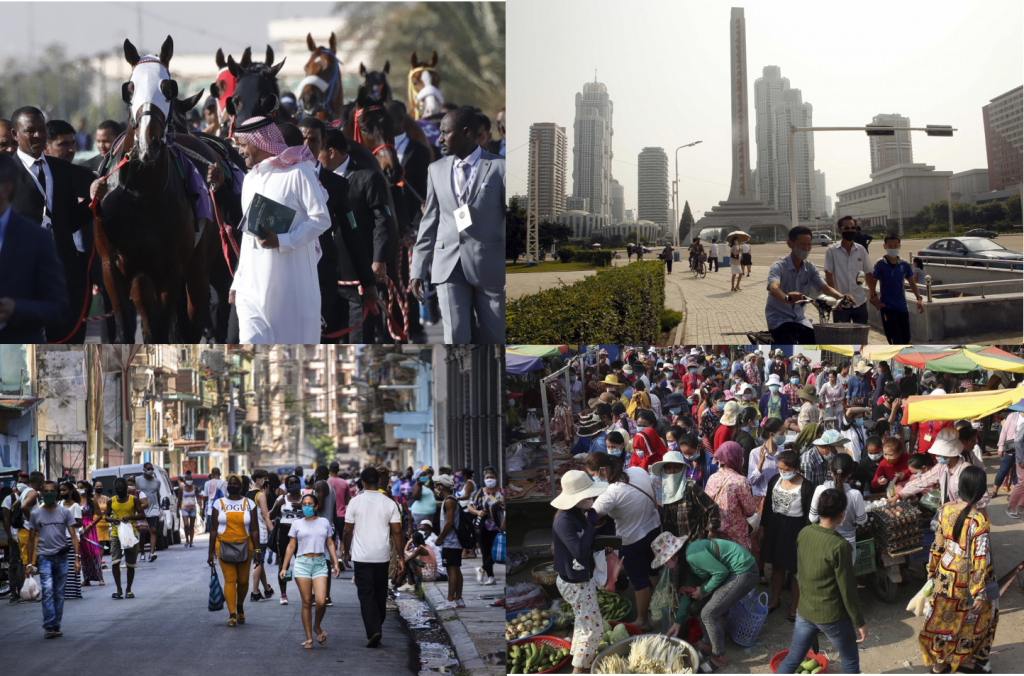 TAIPEI (Taiwan News) — A total of 53 countries endorsed China's national security law for Hong Kong at the United Nations Human Rights Council in Geneva on Tuesday (June 30), many of which are dictatorships or economically tied with China.

The joint statement was mostly signed by countries whose citizens lack freedom of speech or voting rights. Many of the signatories have been labeled as "Not Free" in Freedom House's Freedom in the World 2020 report.

Regimes such as those in North Korea, Saudi Arabia, Syria, Pakistan, and Myanmar routinely violate human rights — silencing dissidents or oppressing religious or ethnic minorities. Cuba, which presented the letter at the council, is a one-party state where elections are just a "ratification exercise" for choosing the pre-selected candidates from the ruling party, according to Freedom House.

In addition, almost all the countries on the joint list have cooperated with China on its Belt and Road Initiative, into which China pours its capital to build infrastructure in other countries and boost its geopolitical influence. Countries like Cambodia, Niger, and Djibouti are gravely indebted to China, and many countries in Sub-Saharan Africa are still negotiating for a payment extension.

Meanwhile, 27 countries joined the U.K.-led condemnation of Beijing's legislation. All these countries were marked as "Free" in the Freedom House report and included Japan, Australia, several European countries.

The U.S.'s withdrawal from the Human Rights Council is the reason why China can tip the balance and increasingly gain support, Keith Harper, who was the American representative to the council from 2014 to 2017, told Axios. He believes that while some countries on the list would have always backed China, others joined simply in hopes of getting a better deal with the Asian superpower, especially without the U.S. at the table.

The U.S. quit in 2018 because it believed the council was "a hypocritical and self-serving organization that makes a mockery of human rights." The country accused the council of bias against Israel and inaction on the human rights violations of member states such as Venezuela, China, and Saudi Arabia.