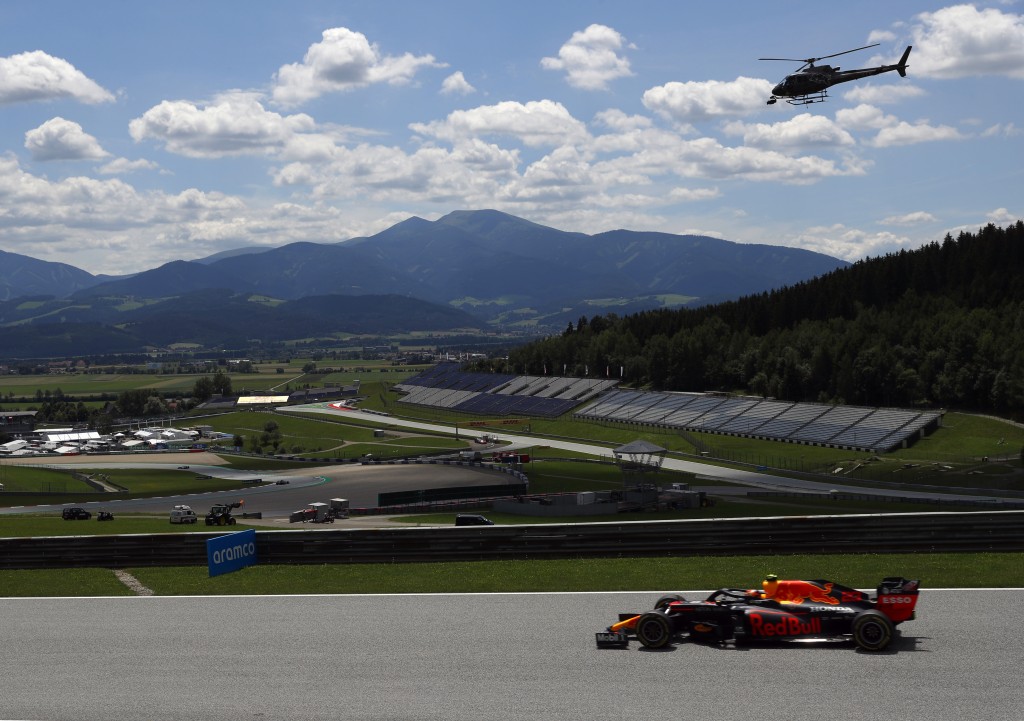 SPIELBERG, Austria (AP) — There have been no positive cases from more than 4,000 coronavirus tests carried out on Formula One personnel over the past seven days, F1 said on Saturday.

F1 has its first race on Sunday in Austria, four months after the opening race in Australia was cancelled and the season postponed.

Everyone entering the track at the Red Bull Ring in Spielberg had to have tested negative before travelling and all — from drivers to team members, track staff and media — are being tested every five days by private medical teams on site.

“The (governing body) FIA and Formula 1 can today confirm that between Friday 26th June and Thursday 2nd July, 4,032 drivers, teams and personnel were tested for COVID-19. Of these, zero people have tested positive," F1 said in a statement. “No specific details as to teams or individuals will be provided by the FIA or Formula 1 and results will be made public every seven days.”

There is another race in Austria next weekend and the following race will be held at the Hungaroring in Hungary one week later.

There are eight races taking place in Europe. After Hungary, there are back-to-back races at the British GP, then single races in Spain, Belgium and Italy.

FIA president Jean Todt said Saturday that discussions are ongoing with F1 owner and rights holder Liberty Media over the rest of the season. F1 remains hopeful of hosting 15-18 of the original 22 races by rescheduling some of the postponed ones, with the season ending in December in Bahrain and Abu Dhabi.

“More details will be given soon," Todt said.