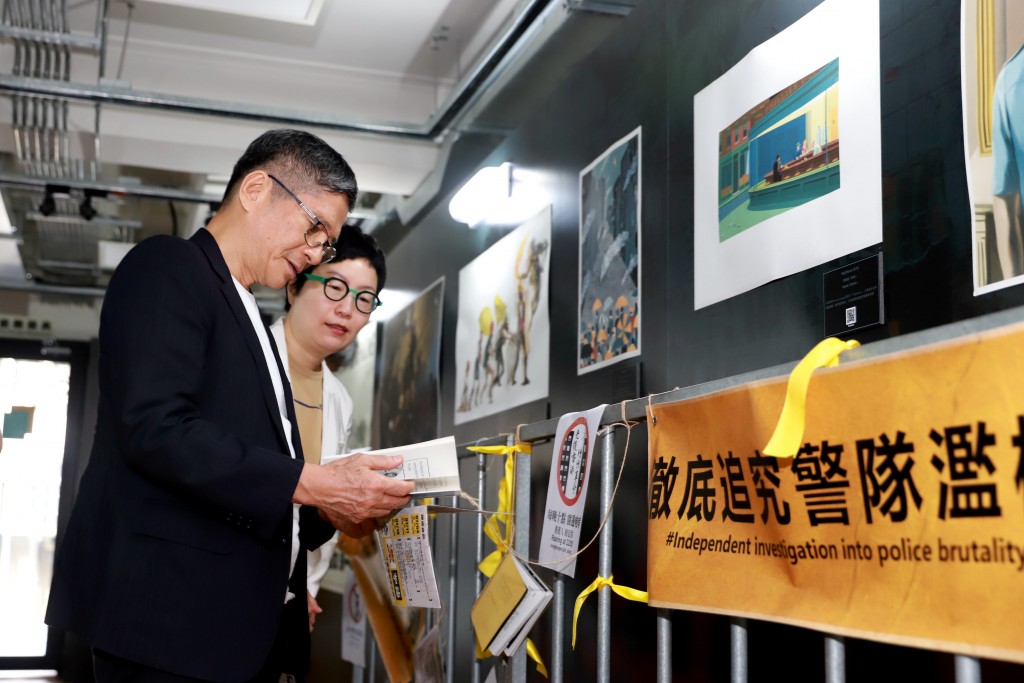 TAIPEI (Taiwan News) — Minister of Culture Lee Yung-te (李永得) on Saturday (July 4) visited an exhibition marking the first anniversary of the pro-democracy protests in Hong Kong at Taiwan Comic Base in Taipei.

The "Rebel Pens" (反抗的畫筆) exhibition focuses on the freedom to create, according to its curator, Chen Yi-ching (陳怡靜) who is a journalist.

The show has gathered the works of 66 artists from Hong Kong, South Korea, and Taiwan. Also included are protest posters and a virtual reality zone for viewers to experience the intense scenes of confrontation between police and protestors in Hong Kong.

Lee said he supported the pro-democracy protestors in Hong Kong, adding that he went to China as a journalist after Taiwan's martial law was lifted in 1987. He said he could feel the heavy political atmosphere at that time, so he can relate to how Hongkongers feel now.

"Democracy, freedom, and humanity will conquer evil," Lee said, according to a Ministry of Culture press release. "We should care more for the brave young men who have a solid belief in Hong Kong."

The exhibition is free and runs until July 26. Tours and spots in forums can be booked in advance online.