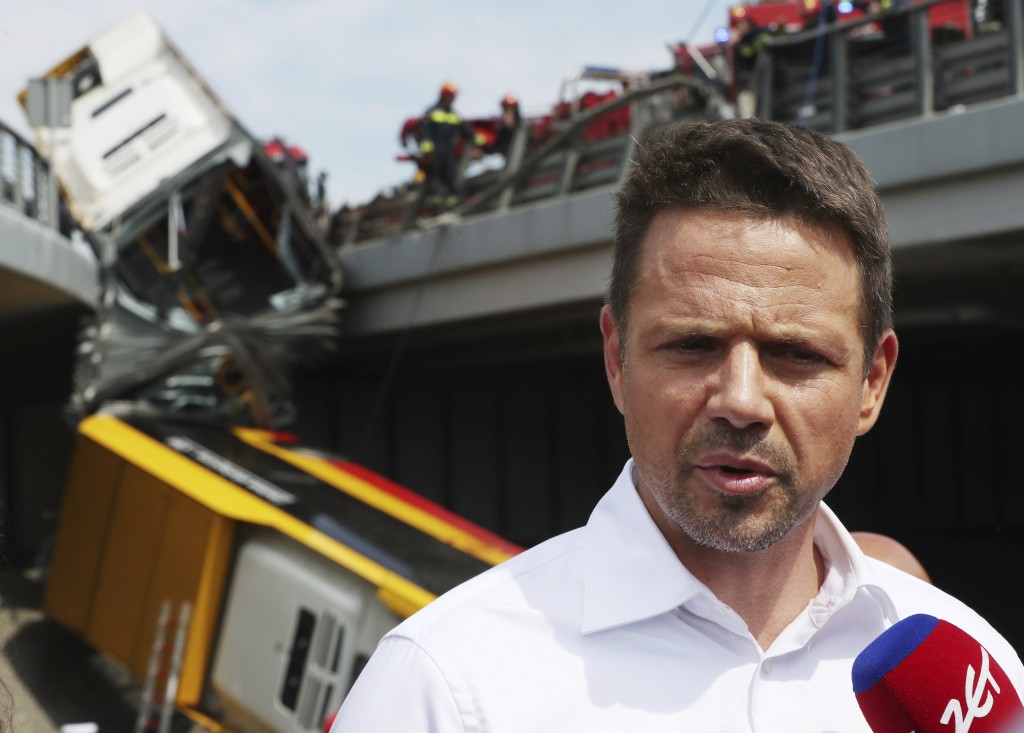 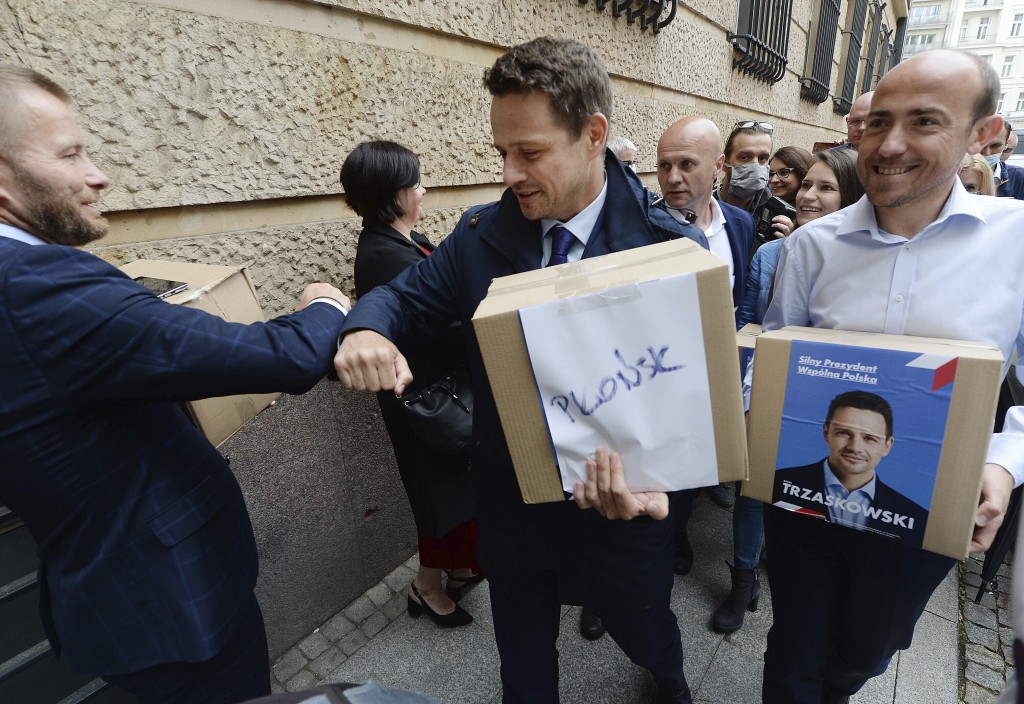 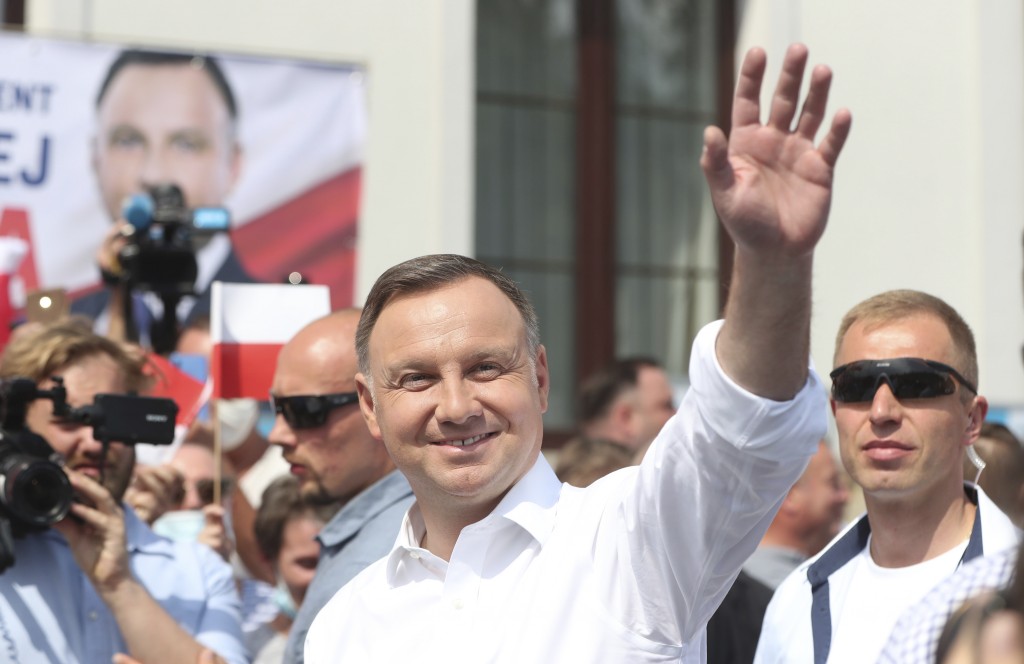 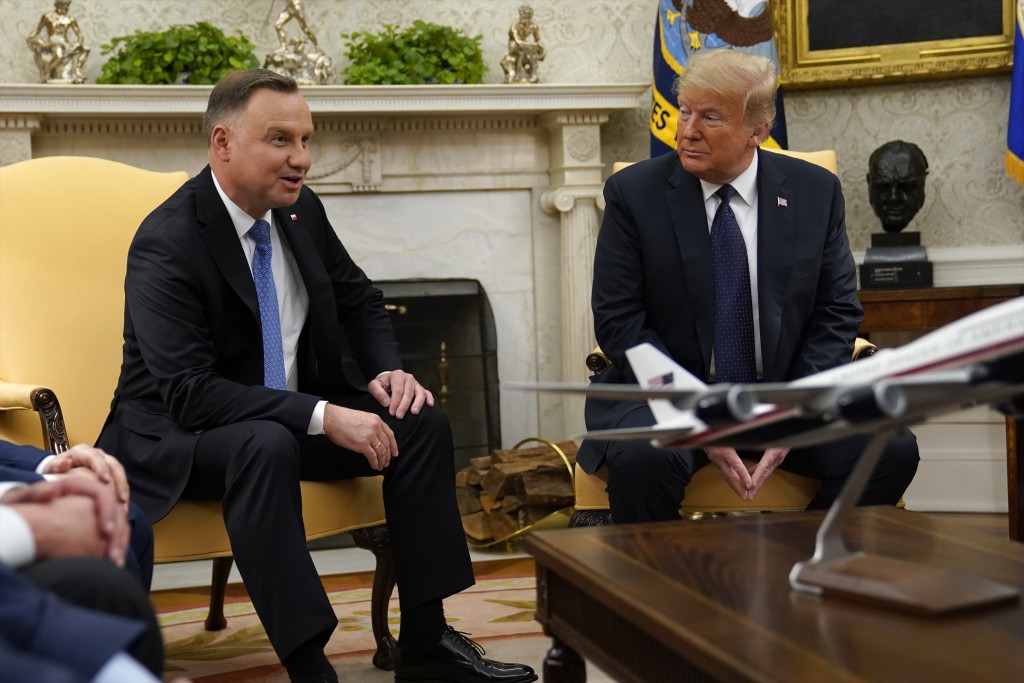 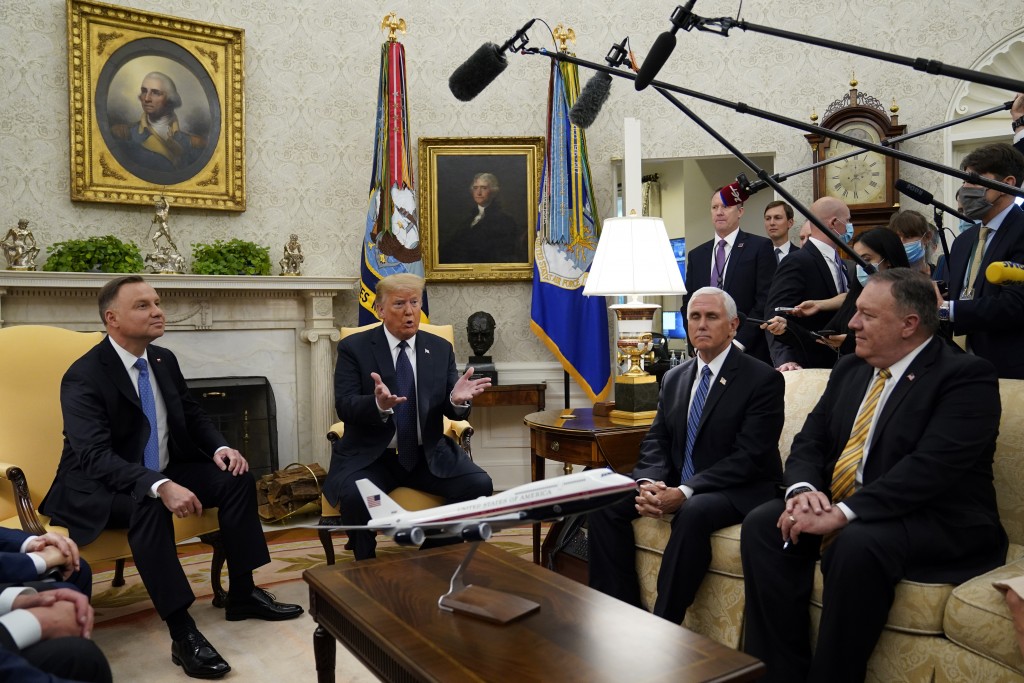 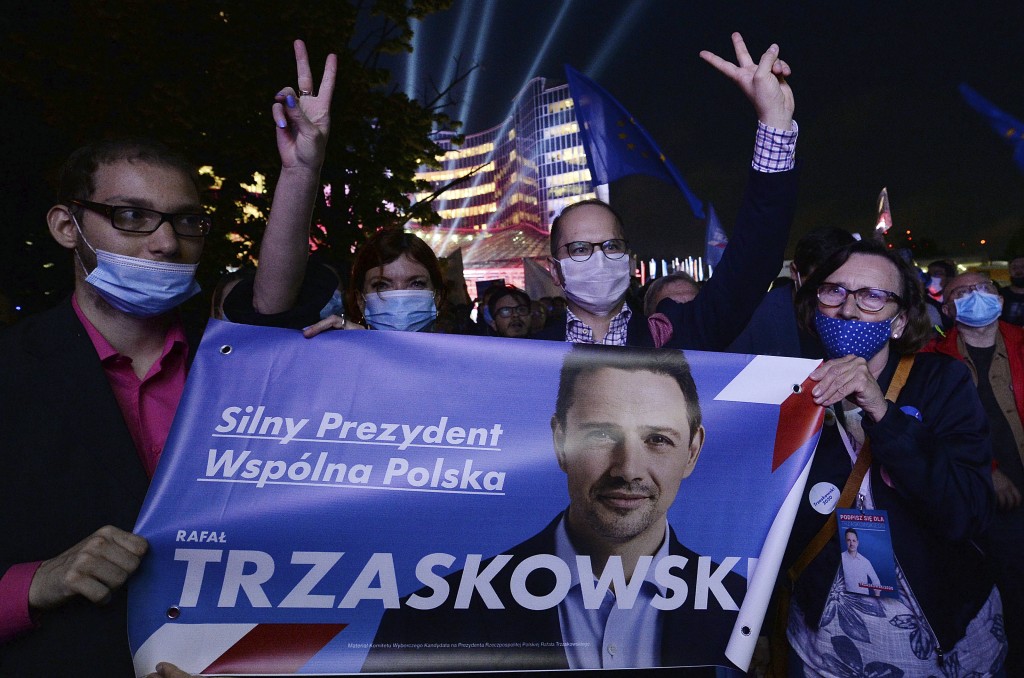 WARSAW, Poland (AP) — Polish President Andrzej Duda vowed Friday to keep working to raise the living standard in Poland to Western European levels and to preserve traditional values if he wins a second term, a message he stressed on the last day of campaigning before the country's presidential election.

Speaking at a rally in the small central town of Mikstat, Duda said he would make it a priority if reelected to build "a prosperous and modern state with a modern economy, but with the Polish family based on tradition and protected by the state.”

“This is the policy that I want to pursue for another five years," the president told supporters.

The vote is on Sunday, but no campaigning is allowed after midnight Friday under Poland's “electoral silence” law, which has the stated purpose of encouraging reflection.

The election will be a test for Duda and the populist ruling party that backs him, Law and Justice. The party has promoted popular social spending programs that have helped ease the financial hardship of many families.

But critics accuse the party of violating the European Union's democratic principles and the Polish Constitution with laws that gave the government control of the nation's highest courts and other judicial bodies.

There are 11 candidates running in Sunday’s election. Results are expected by Wednesday. If no candidate gets at least 50% of the vote, a runoff will be held on July 12.

Duda's main challenger, Warsaw Mayor Rafal Trzaskowski, also made his final remarks to voters Friday. He painted the election as an opportunity to restore constitutional norms and to improve ties with the European Union. He cast Sunday’s vote as an important chance that comes “once in a generation’s lifetime.”

He said he was “ready to cooperate with the government when it takes rational decisions."

“But I will not allow attempts at breaking the Constitution or the rule of law,” Trzaskowski said.

Trzaskowski, the candidate of the centrist pro-EU party Civic Platform, said that as president he would keep many of the welfare programs introduced by Law and Justice but reject many of its conservative policies.

Opinion polls put the 48-year-old Duda at the head of the candidate field at around 40% support, while Trzaskowski, also 48, is polling at under 30%.

A TV personality and journalist who had once studied to be a priest, Szymon Holownia, is a political newcomer who has generated some enthusiasm and polled at around 10%. Holownia is unaffiliated with a party.

Other candidates include a left-wing politician who is Poland's first openly gay presidential contender, Robert Biedron; the head of an agrarian party, Wladyslaw Kosiniak-Kamysz; and a lawmaker with the far-right Confederation party, Krzysztof Bosak.

In Poland the president can propose new legislation and can veto laws passed in parliament. The president is also supreme commander of the armed forces and has significant role in foreign policy.

The election is set to take place four days after Duda was hosted at the White House by President Donald Trump, a visit that critics of the Law and Justice government complained appeared aimed at giving Duda a boost in the election.

However, no major decisions were announced, leading critics to say it was a poorly planned propaganda ploy.

Trump praised Duda and voiced hope in his success. He also praised Poland more generally for its “rule of law," a message that conflicts with the concerns the EU has been raising about rule of law in Poland ever since Law and Justice won power in 2015.

Trump's words of praise also came after Duda made the LGBT rights movement an issue during the campaign, vowing to protect Polish families from the propagation of “LGBT ideology” in public institutions.

LGBT activists held street protests after Duda accused the LGBT rights movement of promoting a viewpoint more dangerous than communism and saying he agreed with another politician who said “LGBT is not people, it's an ideology.”