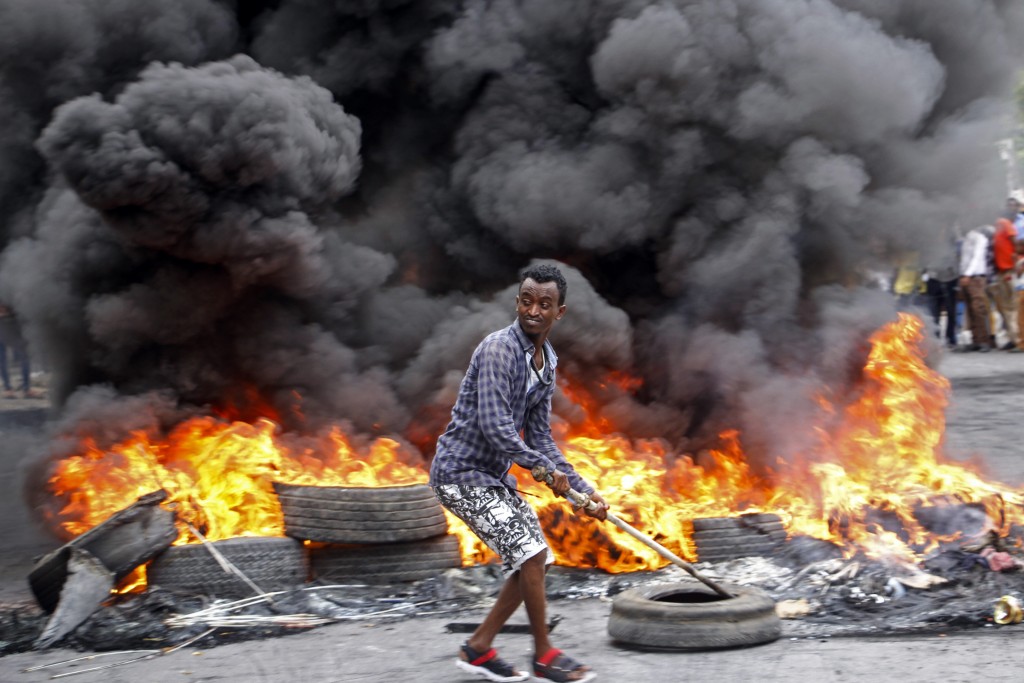 NAIROBI, Kenya (AP) — A military court in Somalia sentenced a police officer to death on Thursday in the fatal shooting of two civilians while enforcing coronavirus restrictions in April.

The shootings sparked protests in the capital, Mogadishu, for more than two days, with crowds of angry young men burning tires and demanding justice.

Hassan Aden Hassan was convicted of the “deliberate” fatal shooting of Hassan Ali Adawe and Madino Abdullahi Abdi and was sentenced to death by firing squad, according to Col. Hassan Alinur Shute, the military court’s chief.

Somalia’s police chief had immediately fired the commissioner in charge of security in Bondhere district where the shooting occurred.

Somalia has one of the world’s weakest health systems. The Horn of Africa nation has more than 2,900 confirmed virus cases.