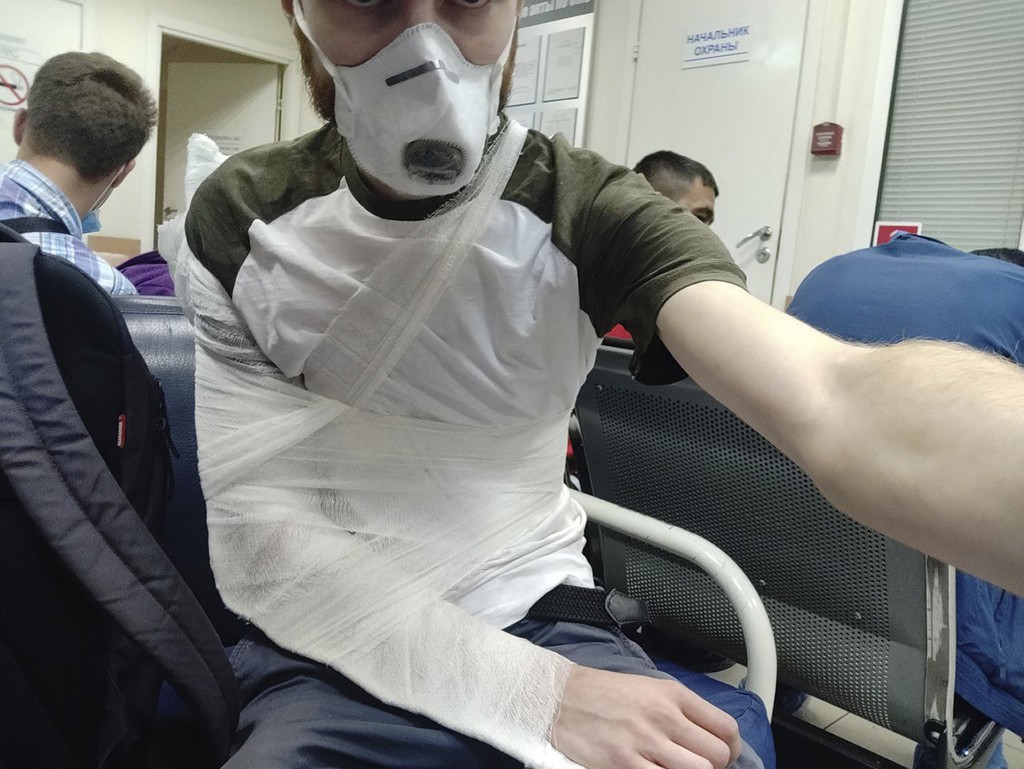 MOSCOW (AP) — A journalist in St. Petersburg was hospitalized with a broken arm on Tuesday after a confrontation with police at a polling station where he arrived to investigate reports of voter fraud.

The incident made national headlines on Wednesday, the final day of voting on the constitutional reform that could pave the way for President Vladimir Putin to remain in power until 2036.

State officials blamed the incident on the reporter.

David Frenkel, a reporter with the Mediazona online outlet, said he came to a St. Petersburg polling station following reports of voting violations, and a police officer broke his arm while trying to remove him from the poll.

A video of the incident posted by the Dozhd independent TV channel on Twitter shows two policemen at the poll forcing Frenkel onto the ground and him subsequently screaming in pain.

“They twisted my arm and punched it with a fist,” Frenkel, whose injury required a four-hour surgery, told Mediazona.

The incident made national headlines, with several independent news outlets on Wednesday releasing statements in support of Frenkel and demanding a thorough investigation.

Police rejected the accusations of assaulting Frenkel, saying the officers were merely “assisting in removing a citizen.”

St. Petersburg election officials said Frenkel provoked a conflict at the polling station. Poll worker Valentina Ladyshko claimed the journalist was behaving erratically and that “no one pushed him.”

“It is very sad that David got injured,” Alexander Beglov, governor of St. Petersburg, said Wednesday. “But I'd like to point out that many (people) are tired... There can be excessive zeal, obsessiveness, excessive enthusiasm.”

Frenkel's lawyer has filed a complaint to the Investigative Committee on Wednesday, demanding a criminal investigation into the assault.