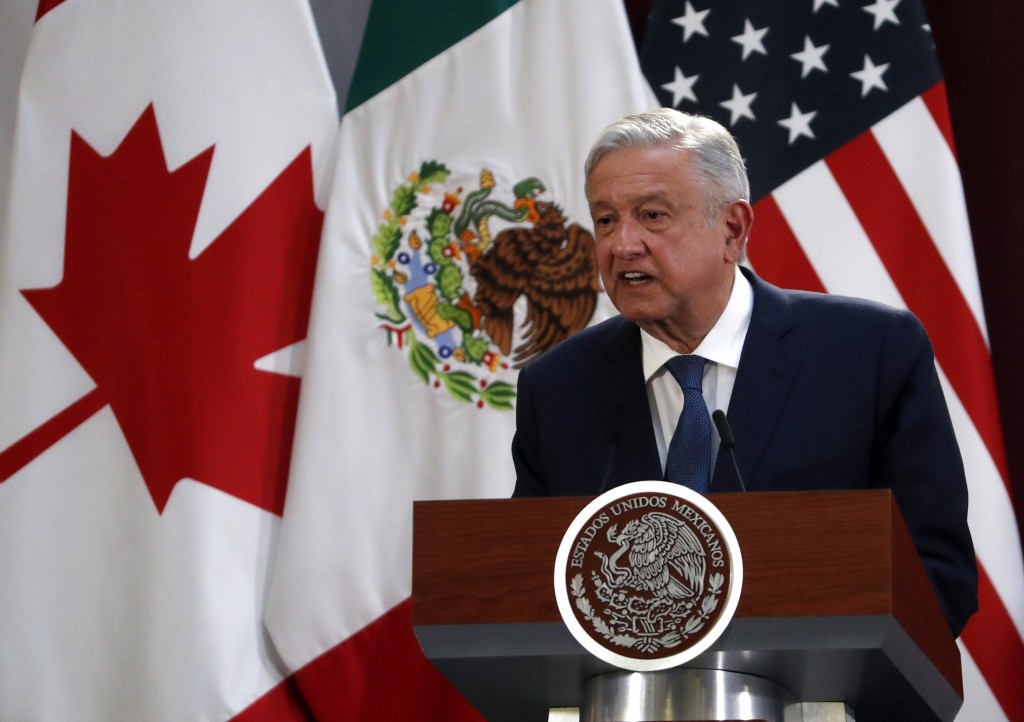 Despite facing some of the toughest circumstances in modern Mexican history, López Obrador chose to stress his administration’s progress in the fight against waste, corruption and authoritarianism.

He said big companies have been forced to pay back taxes, and salaries of top officials have been reduced.

While he celebrated the implementation Wednesday of the new U.S.-Mexico Canada trade agreement, he could no longer brag about the strong Mexican peso, as he used to do in 2019. The peso has dropped more than 12% in value against the U.S. dollar so far this year.

Regarding the pandemic, which has cost Mexico 27,769 lives and infected 226,000, he acknowledged: “The sacrifices that the public has made are not small ... but we are getting over this tough situation.”

But he also expressed resentment against his critics.

“Never in the last century has a president been insulted so much, and the response has been tolerance and not censorship," said López Obrador.

He stressed his decision to dissolve the national intelligence agency and investigate past cases of corruption and human rights.

“Nobody is spied on or persecuted” anymore, López Obrador said in a speech marking the anniversary.

Critics have questioned López Obrador's infrastructure projects, which focus on the oil refineries and a tourist rail line that many see as a white elephant.

Some of the toughest criticism, however, has focused on his "hugs not bullets" strategy of avoiding confrontations with drug cartels. López Obrador said his administration had managed to stop the increase in homicides and hold murder rates steady.

“This new public safety policy is starting to get results," López Obrador said, though critics note that Mexico is holding steady at very high levels of nearly 3,000 homicides per month.