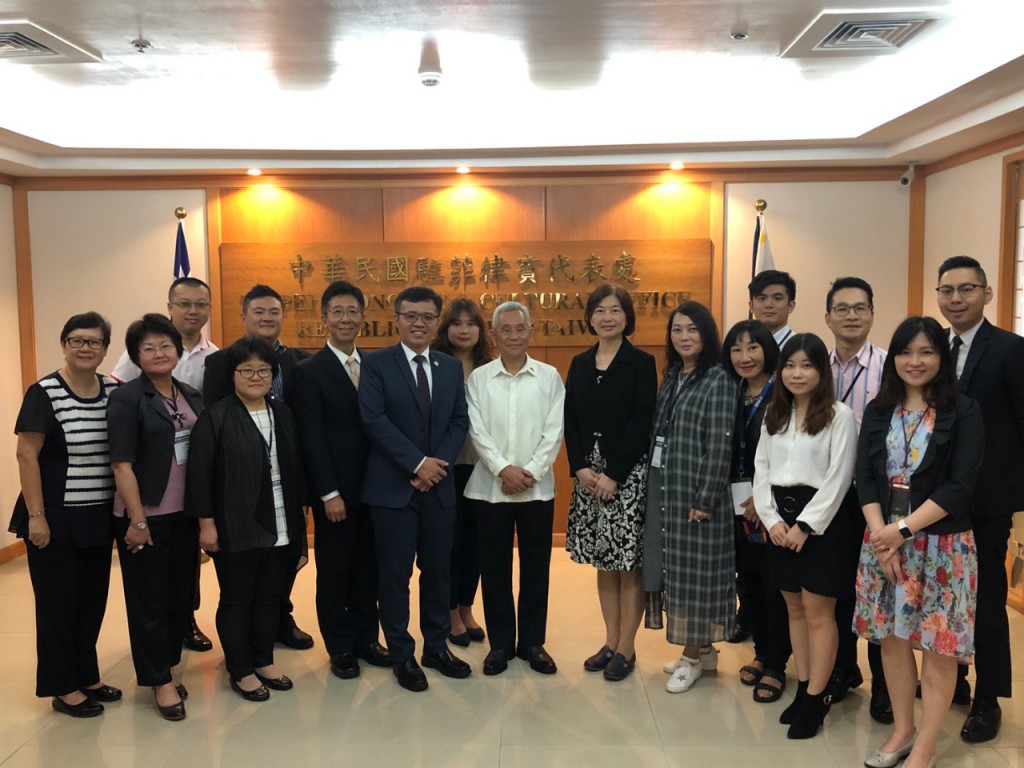 TAIPEI (Taiwan News) — Taiwan's representative office in the Philippines was forced to suspend its operations effective Thursday (July 2) after an employee of the building in which it is housed tested positive for the Wuhan coronavirus (COVID-19).

On Wednesday (July 1), the Taipei Economic and Cultural Office (TECO) in the Philippines, Taiwan's de facto embassy in the country, on its website announced that it was temporarily suspending consular services starting on Thursday, "until further notice." The reason given was that a receptionist who works in RCBC Plaza (Tower 1), where the office is housed, tested positive for the disease.

However, on its Facebook page, the office wrote that it will still be receiving applicants who have scheduled appointments on Thursday and Friday. During a press conference on Thursday, the Ministry of Foreign Affairs spokeswoman (歐江安) said that MOFA staff and local employees in the representative office are safe, and all personnel who had close contact with the confirmed case will work from home for the next 14 days, reported Newtalk.

Ou said the receptionist who was diagnosed with the disease works at the reception desk on the ground floor of the building. However, the confirmed case is not an employee of the representative office, but rather a staff member of another company situated in the building.

The representative office in the Philippines has arranged to have two local Filipino employees who worked at the same counter as the patient, as well as employees who came in contact with them, undergo home quarantine for two weeks.

The spokeswoman stated that when the receptionist was diagnosed with the disease on June 29, building management immediately notified all tenants of the confirmed case and implemented procedures for epidemic prevention, cleaning, and disinfection, and requested that those who came in contact with the individual immediately begin home quarantine.

MOFA staff and local employees of the office are currently understood to be "safe and sound," according to Ou. As the two Filipino employees had served as receptionists at the same counter, the office immediately arranged for them to undergo screening for the virus and undergo home quarantine.

In addition, all staff who came in contact with the two receptionists have also begun working from home for 14 days, starting on Thursday. Ou said that an announcement on the resumption of services will be made when the ministry and local health officials deem it safe for employees to return to the building.