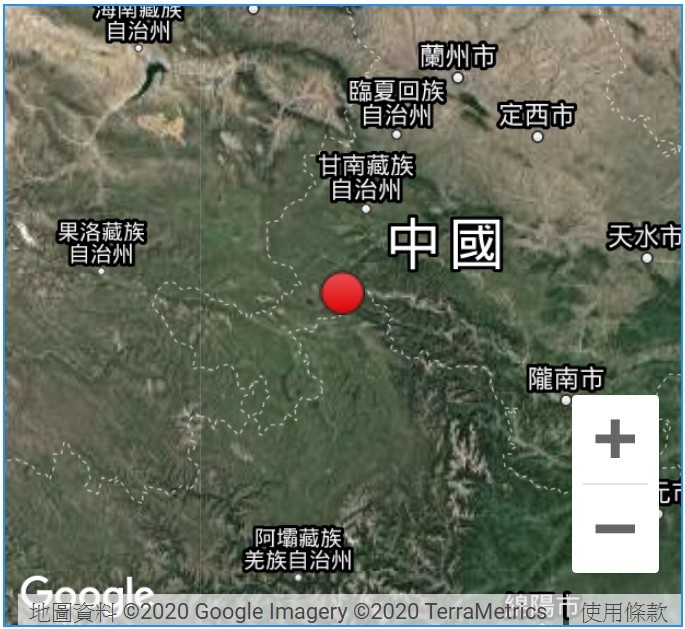 TAIPEI (Taiwan News) — An earthquake that struck Sichuan early on Thursday morning (July 2) has sparked fears that it could cause landslides that could further imperil China's Three Gorges Dam.

On June 26, a Chinese seismologist who goes by the YouTube handle Feng Tian Lao Wang (奉天老王) predicted that the ongoing flooding in the Yangtze River Basin would peak on July 2 and that an earthquake would also take place that day, exacerbating the situation involving the Three Gorges Dam. He predicted that a "catastrophe" would strike the river basin on that day and advised residents in the area to make preparations in advance.

The China Meteorological Administration (CMA) on July 2 issued a heavy rain warning across China for the 31st straight day, and as the seismologist had predicted, an earthquake struck the region that day. At 4:07 a.m., a magnitude 3.2 earthquake rattled Zoige County in Sichuan Province at a shallow depth of 8 kilometers, according to the China Earthquake Networks Center.

The county is located upstream of the Three Gorges Dam and is the northernmost part of the Ngawa Tibetan and Qiang Autonomous Prefecture in Sichuan. Although the magnitude of the quake is not very large, its shallow depth along with the month of torrential rains seen in southwest China has led to fears of increased landslides.

After speaking with Feng Tian, a Chinese YouTuber, who is a critic of the Chinese Communist Party (CCP) and goes by the handle Li Yiping (李一平), on Tuesday (June 30) said that the floods this year are on pace to surpass those seen in 1998 and predicted that if an earthquake occurs at the upper reaches of the Yangtze River, it could cause one of the smaller dams to collapse.

He warned that if this were to occur, it could lead to a domino effect, with one dam failing after another until finally, the Three Gorges Dam itself would be under such a tremendous amount of strain from the resulting catastrophic floodwaters that it too would collapse. Li also pointed out that the Three Gorges Dam sits on two major fault lines, the Jiuwanxi and Zigui-Badong, and that massive changes in water pressure in the dam's reservoir due to flooding could lead to earthquakes, a phenomenon known as reservoir-induced seismicity, which in turn would lead to landslides that would at the very least exacerbate the flooding in the area and potentially threaten the integrity of the main dam.

The CMA has issued a heavy rain warning for 8 a.m. on Thursday to 8 a.m. on Friday (July 3) for southern Jianghan, western and southern Jianghuai, northern Jiangnan, central Yunnan, southern Guizhou, southern Hubei, northern Hunan, southern Anhui, and northeastern Jiangxi. Over the past few days, heavy flooding has been reported both above and below the Three Gorges Dam, including in the city of Yichang, which is just 40 kilometers below the dam, and the ancient Chinese town of Fenghuang.

China's infamous Three Gorges Dam has opened discharge channels for the first time in 2020 as flooding continues along the Yangtze River.pic.twitter.com/OSU1It3DwM