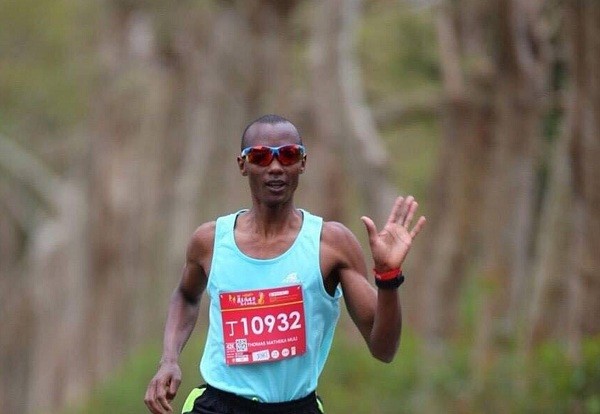 TAIPEI (Taiwan News) — A Kenyan student who depended on road running cash prizes to pay for his living expenses and tuition on Wednesday (July 1) expressed his gratitude for the Taiwanese who raised funds for him to get through tough times amid the Wuhan coronavirus (COVID-19) pandemic, saying, “Taiwanese are very good people.”

Out of concerns of the virus spreading, all running events across the country were canceled, and Thomas Muli was left wondering what he could do to get through this difficult period.

Muli, 36, said that he came to Taiwan in 2018 to study Chinese at National United University's Chinese Language Center (國立聯合大學華語中心), CNA reported. In the past two years, he has relied on prize money he earned from road running events to support himself and his studies; any extra money leftover is sent back home to support his family.

However, since the Wuhan coronavirus broke out early this year, almost all running events in Taiwan have been canceled or put off until a later date, depriving the Kenyan his only source of income and inhibiting him from continuing his studies and paying his living costs, according to CNA. Fortunately, some Taiwanese launched a fundraiser for him, enabling him to pay his tuition.

In addition, he began to sell Taiwan-made socks, which he felt were very comfortable while running. After learning of his running ability, some Taiwanese offered to hire him as a running coach so that he could support himself.

Muli said that his parents and siblings are in Kenya and that selling socks is just a temporary solution, as he still needs to return to his country to help his family. He hopes that the pandemic will slow down and that road running events across the country will resume sometime soon so he can continue winning prize money and finish his studies.

Nevertheless, he remarked that he felt the hospitality of Taiwanese during this particularly challenging time and that he could not help but give them a thumbs-up, according to CNA.

Muli once finished a marathon in Kenya in 2 hours, 18 minutes, and 3 seconds, and a half marathon in France in 1 hour, 7 minutes, and 9 seconds, according to CNA. Last year, he won Taiwan's Shengang Marathon and Sun Moon Lake Marathon.