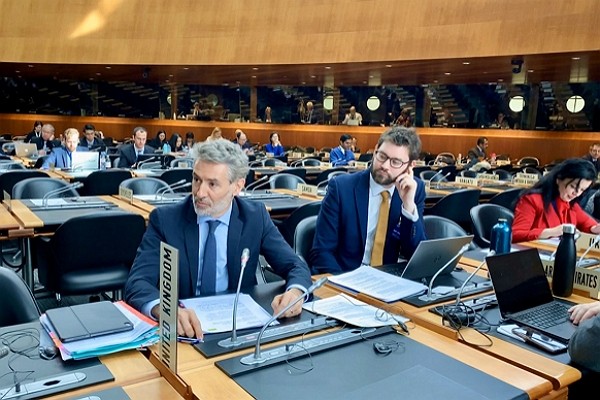 Following Beijing legislators' unanimous passage of the controversial legislation earlier that same day, 27 countries, including the UK, France, Australia, Germany, Japan, and several EU states, issued a joint statement to express their concerns. Julian Braithwaite, the British ambassador to the UN, delivered the statement on behalf of the signatories.

The statement expressed "deep and growing concerns" over the legislation, which has clear implications for the human rights of Hong Kong citizens. It stressed that the new security law "undermines" the credibility of the "one country, two systems" principle and the freedoms previously promised to the semi-autonomous region.

The countries asked Beijing to reconsider the law and engage with Hong Kong citizens instead. They also pointed out that several signatories are worried about Beijing's "arbitrary detention and wide surveillance" targeting Uighurs and minorities in the Xinjiang region, reported CNA.

Under the Hong Kong security law, Beijing is empowered to overrule Hong Kong's legal system and prohibit acts of secession and subversion, potentially silencing any opposition to the central government.

Taiwanese President Tsai Ing-wen (蔡英文) during a Tuesday press conference also responded to the law, saying a special office would open Wednesday (July 1) to provide humanitarian assistance to residents of the former British colony. Meanwhile, major pro-democracy groups in Hong Kong, such as Demosistō, Studentlocalism, and Hong Kong National Front, have decided to disband out of fear of becoming political prisoners of the Chinese government.

I just delivered a statement in the UN on Hong Kong & Xinjiang on behalf of 27 states.

We urge the governments of China & HK to reconsider the imposition of national security legislation & respect HK’s autonomy & freedoms under the Joint Declaration. 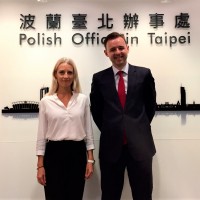