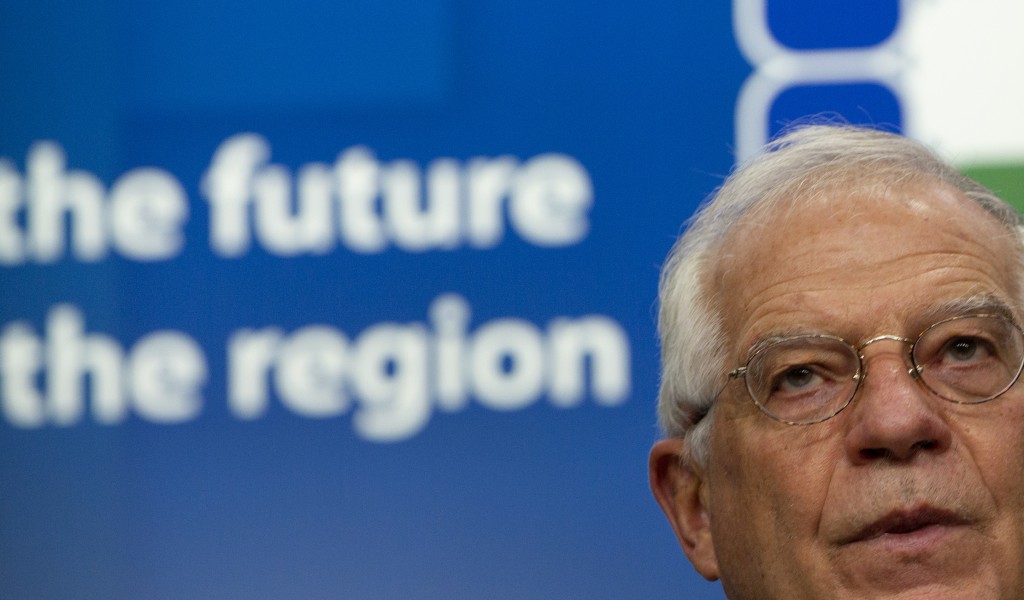 BRUSSELS (AP) — The European Union's top diplomat said Tuesday that the bloc will summon Venezuela's ambassador over the South American country's decision to expel the EU envoy in Caracas, insisting all options “are on the table."

Venezuelan President Nicolás Maduro on Monday ordered the EU ambassador to leave the country following stiff financial measures imposed by the 27-nation bloc against 11 Venezuelans, including Luis Parra, who heads a National Assembly rival to the one headed by opposition leader Juan Guaidó.

“We believe that the decision to give 72 hours to an ambassador with the EU in Caracas to leave the country will require the necessary measures of reciprocity but I can not define what it is going to be," EU foreign policy chief Josep Borrell said during a news conference. “We will summon the ambassador of Nicolás Maduro to the EU institutions today. Let's see after this meeting. At the moment, all options are on the table."

The measures imposed by the EU brought to 36 the total number of Venezuelan officials under European sanctions, which include a travel ban and freezing assets. EU officials said in a statement the sanctions target individuals and don't affect the population in general.

Venezuela is a once-wealthy oil nation experiencing an economic and political crisis that’s driven roughly 5 million people from the country amid shortages of basic goods, soaring inflation and broken hospitals.

While the United States has led the push to oust Maduro with sanctions, leaders in Europe and Canada have also thrown their support behind Guaidó, in a coalition of nearly 60 nations. However, Maduro remains in power with control over the military and international support from allies including China, Russia, Iran and Cuba.

“We are convinced that any measure that hampers diplomatic work only contributes to escalate the tensions and undermining a peaceful and political way out of the crisis," Borrell said. “I think it further isolates the Maduro regime internationally and it is not a good way to try and solve the political problem in Venezuela and that is why we regret, strongly, this measure.”