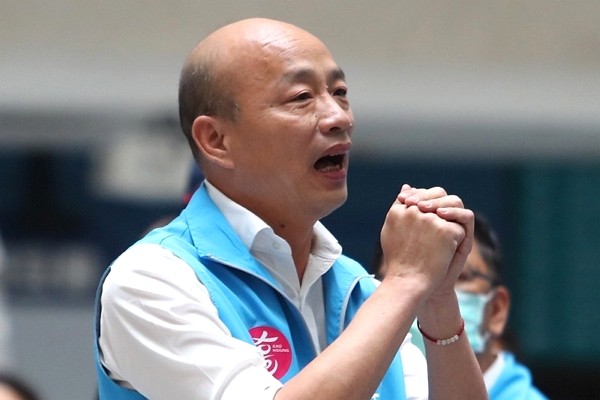 In a June poll conducted by online news portal My Formosa, 17.3 percent more Kaohsiung residents indicated their dissatisfaction with the opposition Kuomintang (KMT) party compared to last month, while 12.2 percent more residents from the southern city said they had an unfavorable view of the ruling Democratic Progressive Party (DPP). The pollsters said they believed the recall election may have damaged both parties' public image.

My Formosa also found that 63.1 percent of respondents said they were satisfied with President Tsai Ing-wen's (蔡英文) administration, 5.2 percentage points fewer than last month, while 34.6 percent expressed dissatisfaction. Though Tsai's overall approval rating remains high, it is worth noting that disapproval of her administration among independent voters has risen by 9.9 percent in the past month.

Meanwhile, Premier Su Tseng-chang's (蘇貞昌) approval rating has also waned slightly this month, seeing a 7.8 percent slide. However, nearly 70 percent of pan-green respondents aged 30 to 39 said they were satisfied with his performance.

When asked for their opinion of the Chinese Communist Party (CCP), the poll showed that a record 79.5 percent of Taiwanese hold an unfavorable view of the regime, with only 7.6 percent favoring closer cross-strait relations. My Formosa said the Taiwanese public's opinion of the CCP has not seen any improvement in the last five years.

The poll was conducted via telephone interviews with Taiwanese citizens aged 20 and older from June 22 to June 23. A total of 1,071 valid responses were gathered, and the poll has a 95 percent confidence rating and a 3 percent margin of error.

According to veteran political commenter Chen Sung-shan (陳淞山), the drop in approval of the DPP and Tsai administration may reflect Taiwanese distrust in one-party dominance. He added that recent policies introduced to revive the economy have also attracted criticism for their complexity and that the DPP should strive to amend them, reported New Talk.