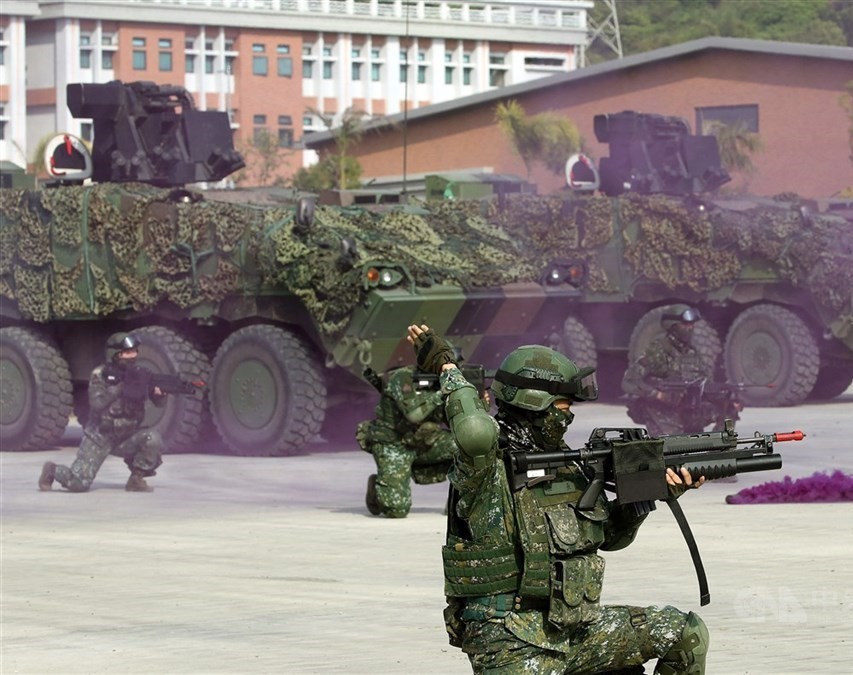 At the beginning of July, the military will carry out successive drills first at half strength and then at full strength. On July 16th, a joint live-fire anti-beach landing exercise will be held at Taichung’s Chia Nan Beach.

Simultaneously, the military will conduct drills at Taichung Port and Ching Chuan Kang Air Force Base. The Chia Nan exercise is expected to be attended by various media outlets, and President Tsai Ing-wen (蔡英文) will be presiding over the event.

Ministry of Defense (MND) Chief of Joint Operations Lin Wen-huang (林文皇) said a few days ago that the purpose of the joint anti-landing operation is to show that the newly formed battalions can conduct operations independently, without specific orders, as well as demonstrate the effectiveness of integrated troops and firepower.

Military personnel have recently stated that while each military branch used to train on its own in the past, Taiwan is now following the example of the U.S. and other countries and has established joint battalions in order to improve interoperability between branches.

Su Tzu-yun (蘇紫雲), a senior analyst at the Institute for National Defense and Security Research, said that the biggest feature of joint battalions is the digitization of combat. In the future, the battalion will integrate drones, reconnaissance units, and other detachments, and deploy M1A2T tanks equipped with network communication systems.

He also mentioned that anti-landing operations will inevitably be decentralized in the future. If brigade-level units can delegate command to the joint battalions, the survival rate of ground troops can be improved.

Su mentioned that at present, there are about 22 joint battalions in Taiwan and that brigade-level units have assumed theater command and coordination roles, which is beneficial for the military’s joint strike capabilities. He also emphasized that in addition to the joint battalions, this year's highlights also include the use of reserve forces to preserve combat power.