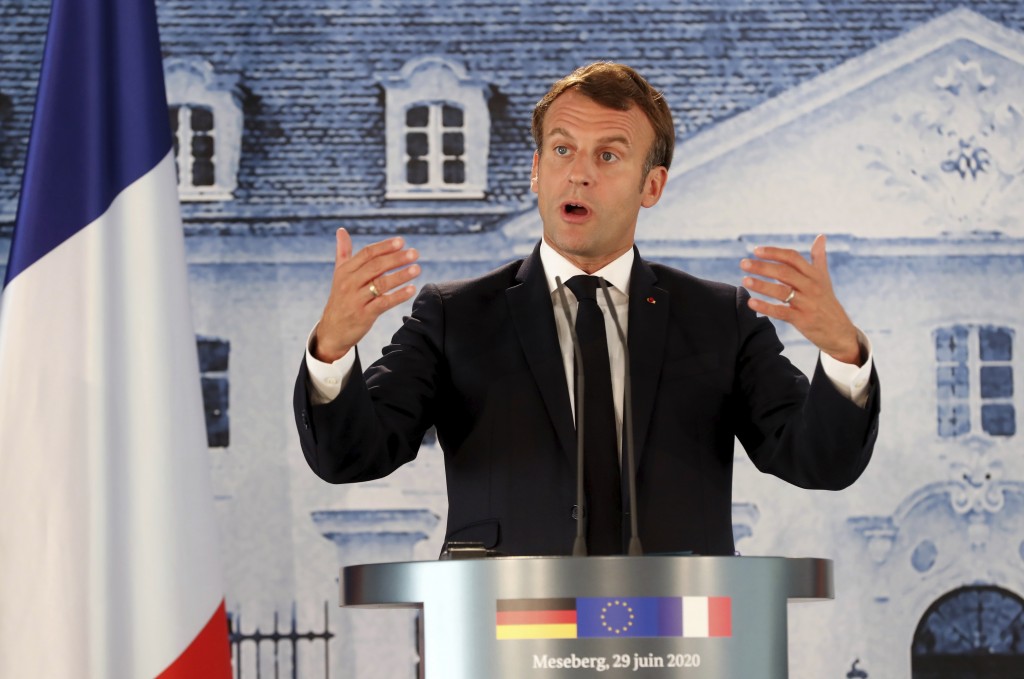 Speaking during a visit to Germany, Macron strongly condemned Turkey's actions in Libya as “unacceptable.”

He said Turkey “doesn't respect any of its commitments." France sees Ankara as an obstacle to securing a cease-fire in the conflict-torn country.

Tensions between France and Turkey escalated following a June 10 incident between Turkish warships and a French naval vessel in the Mediterranean, which France considers a hostile act under NATO’s rules of engagement.

France accused Turkey of repeated violations of the U.N. arms embargo and of importing Syrian fighters to Libya.

Libya has been in turmoil since 2011 when a NATO-backed uprising toppled leader Moammar Gadhafi, who was later killed.

The country has since been split between rival administrations in the east and the west, each backed by armed groups and different foreign governments.

Macron denied backing the east-based forces led by commander Khalifa Hifter, stressing France is in favor of finding a “political solution.” The U.N.-supported government in the capital, Tripoli, is mainly backed by Turkey.