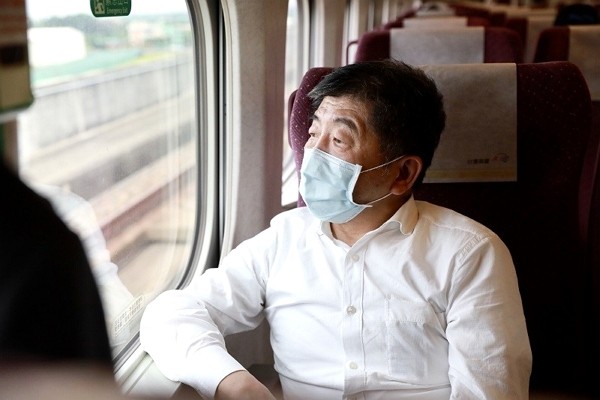 TAIPEI (Taiwan News) — Taiwan Health Minister and Central Epidemic Command Center (CECC) head Chen Shih-chung (陳時中) said Monday (June 29) it is likely that there are undetected coronavirus carriers on the island, but the country's reliable testing system would be able to contain a domestic outbreak nonetheless.

During his attendance at the 2020 Fulong International Sand Sculpture Art Festival in New Taipei, the health minister confessed that it is possible for the island nation to have unidentified asymptomatic COVID-19 carriers. He mentioned a recent report of a Japanese student testing positive for the virus after returning from southern Taiwan, pointing out that some of her close contacts would certainly have been infected if the student's test result was not a false positive.

Despite all 123 Taiwan contacts of the Japanese case having tested negative for COVID-19, Chen said that all of them would undergo antibody testing this week to determine the source of the student's infection. Meanwhile, he urged the Taiwanese public not to panic and assured that the country's testing system has high accuracy in locating infected patients, reported Radio Taiwan International.

When asked to comment on Taiwan's exclusion from several countries' travel bubbles, Chen said he believed that political consideration was the main deciding factor for many foreign governments. He said Taiwan has done a relatively good job in stemming the spread of the virus, so the fact that it is not being listed in other countries' border reopening plans is unlikely the result of the viral risk it poses, according to Yahoo News.