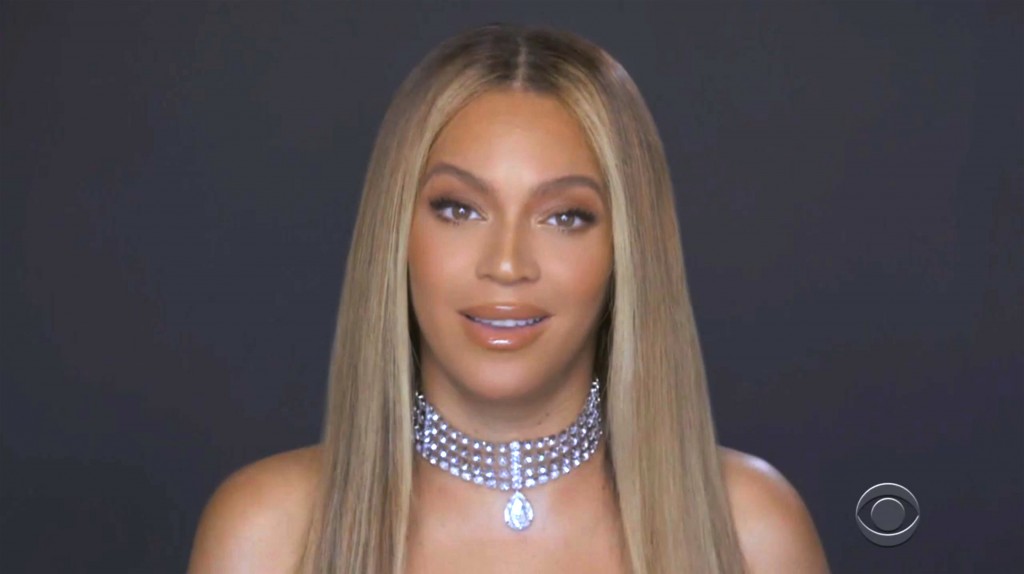 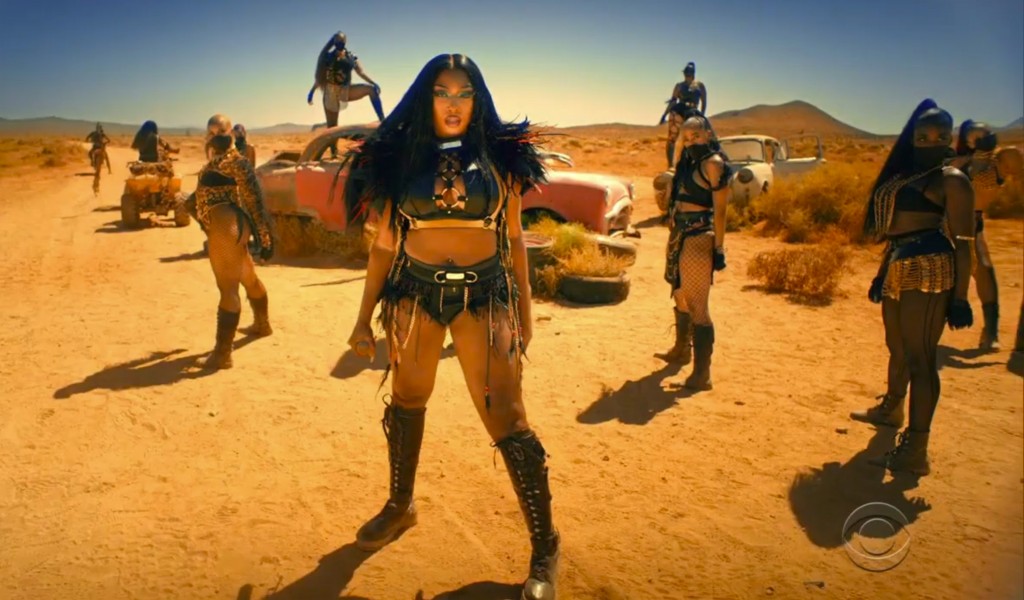 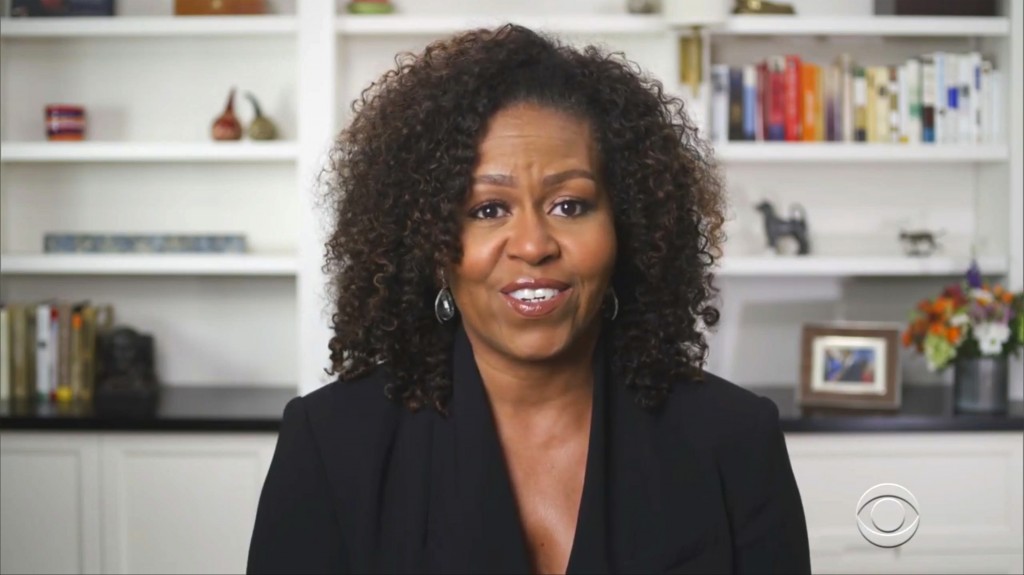 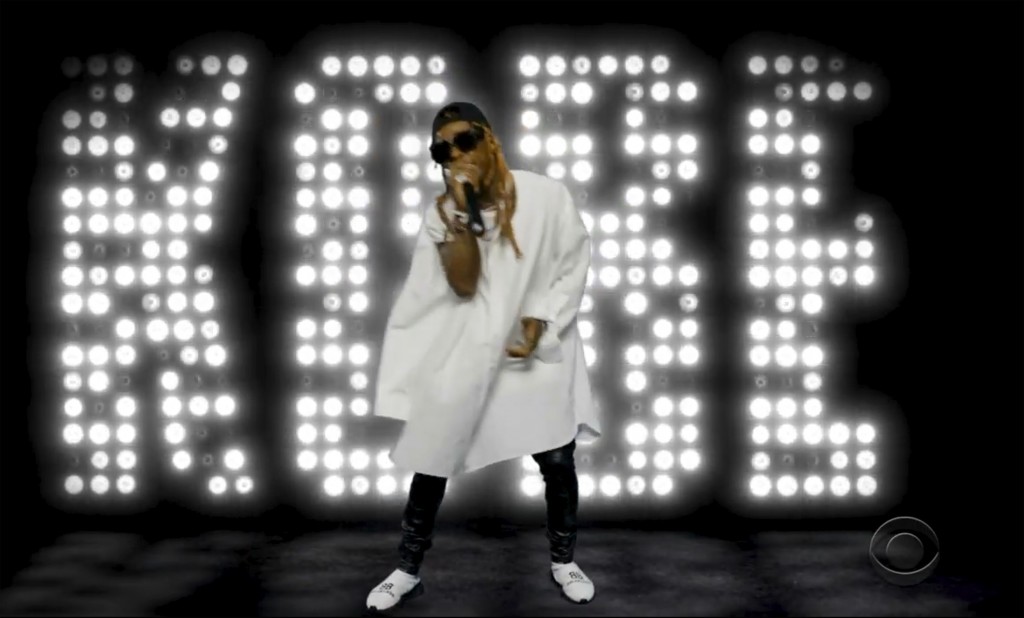 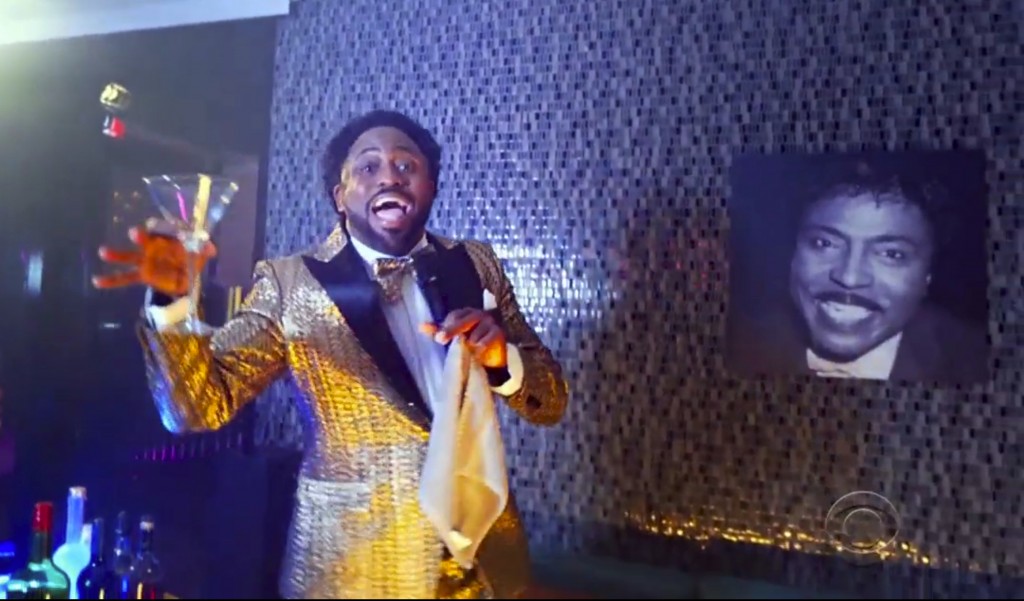 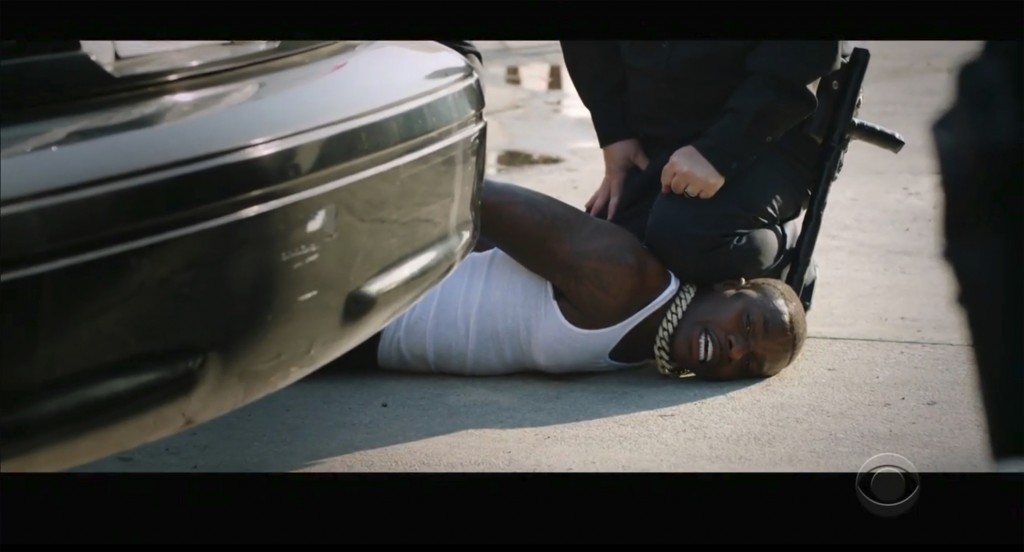 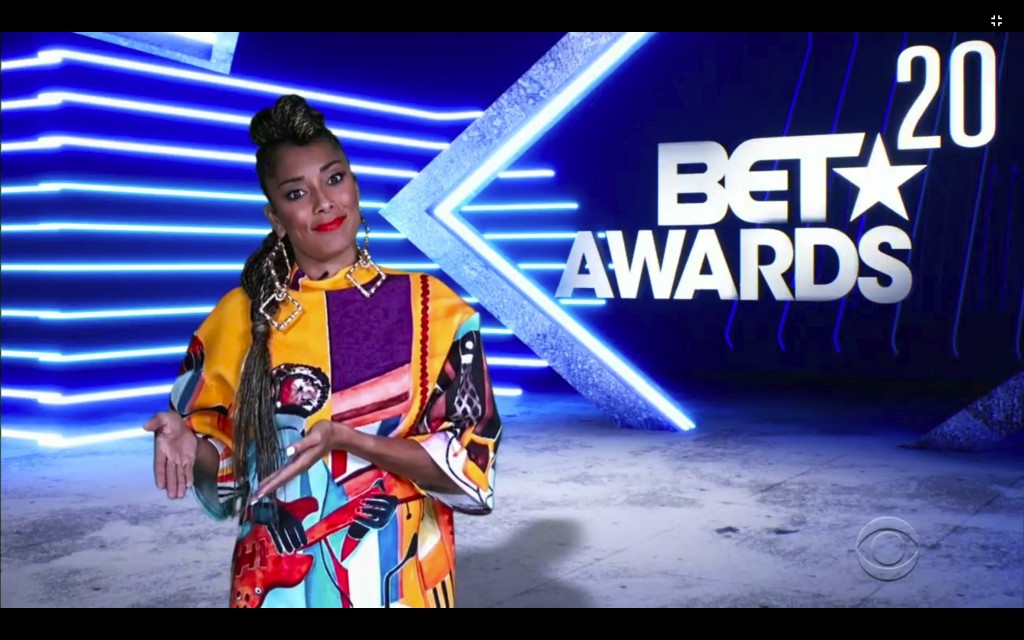 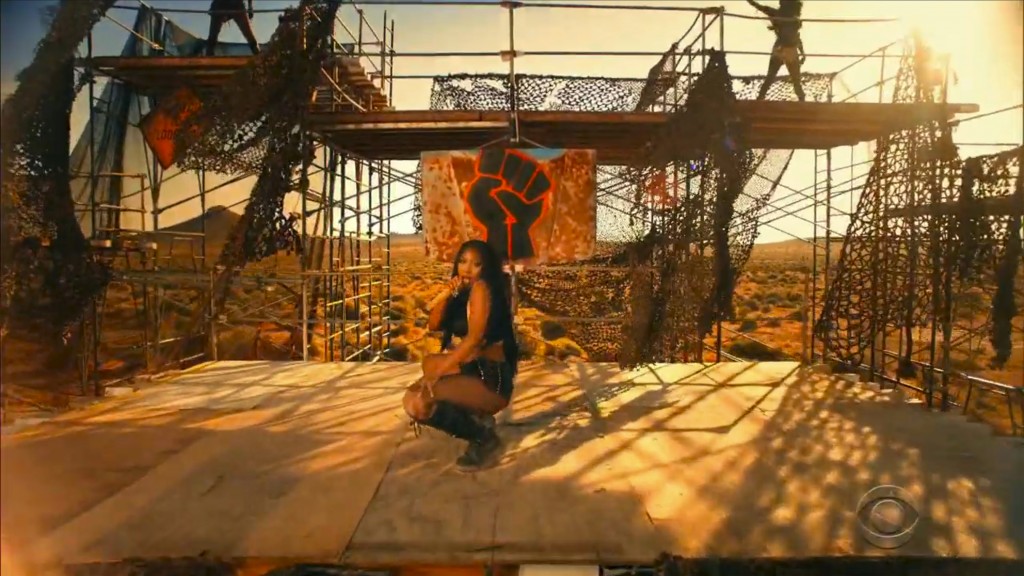 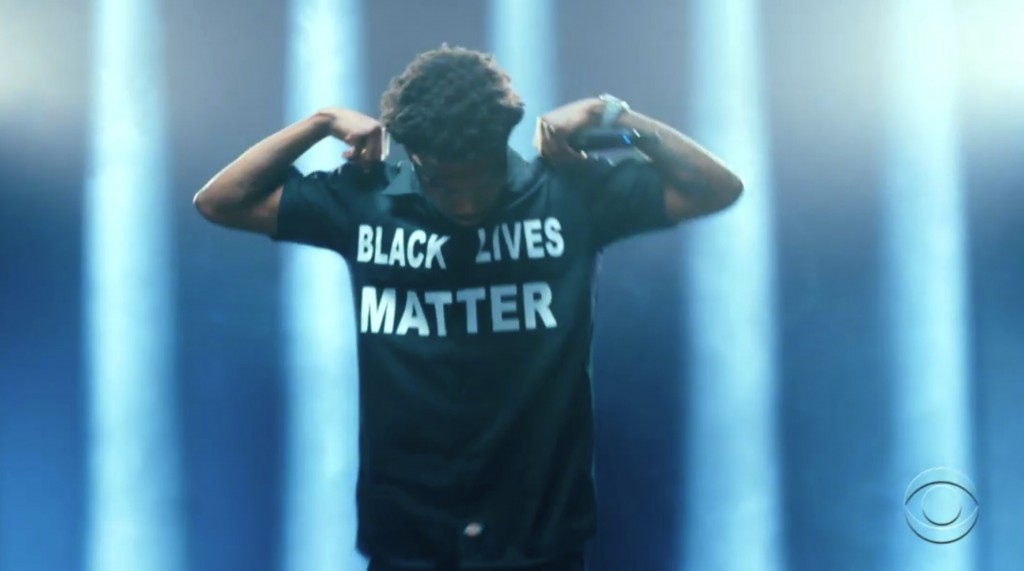 “Your voices are being heard and you’re proving to our ancestors that their struggles were not in vain,” said the superstar singer at the BET Awards, which celebrated its 20 years of highlighting excellence in Black-led entertainment. But the ceremony, filmed virtually because of the coronavirus pandemic, kept much of its focus on topics such as systematic racism and equal rights.

Beyoncé was honored for her philanthropic work and relief efforts during the COVID-19 crisis. She said voting in the upcoming election was the way to end a “racist and unequal system” in America.

The singer dedicated her award to the Black Lives Matter movement, and encouraged activists to continue to push forward.

“We have to vote like our lives depend on it, because it does,” she said.

Here are some additional highlights from the three-hour show broadcast on CBS, BET and BET Her:

Rapper DaBaby lay on the pavement while an actor playing a police officer pressed his knee on the rapper’s neck.

The reenactment at the beginning of the multi-platinum rapper's performance offered a glimpse into the last moments of the life of George Floyd, killed by Minneapolis police last month. DaBaby rapped a verse from the Black Lives Matter remix of his hit song “Rockstar” with Roddy Ricch at the awards.

While holding a baseball bat, DaBaby then stood on a stage behind a group of people who had their fists raised high while others held “Black Lives Matter” signs.

His performance also featured images from protests, a reflection of the current world in the wake of Floyd’s death and the deaths of others, including Breonna Taylor and Ahmaud Arbery.

On a virtual stage, Lil Wayne paid tribute to the Black Mamba.

The rapper honored the late Kobe Bryant with a performance of his song “Kobe Bryant,” highlighting the NBA icon’s biggest moments. He paid tribute to Bryant who died in a helicopter crash in January that killed eight others, including his 13-year-old daughter, Gianna.

Wayne weaved in new lyrics as Bryant’s No. 8 and 24 flashed behind him. His performance showed video clips of the Los Angeles Lakers star dunking on Dwight Howard and Steve Nash, hitting game-winning shots and highlights from his 81-point game against the Toronto Raptors in 2006.

Wayne Brady transformed from his normal actor-comedian self into the flamboyant character of the late Little Richard.

Wearing a gold glittery tuxedo, Brady put on his best emulation during a tribute to Richard, who died of bone cancer in May. He rolled around on the top of a piano as he sung a medley hits from Richard, considered one of the chief architects of rock ’n’ roll.

“Shut up!” Brady blurted out in the same manner as Richard. Some of Richard’s hits Wayne performed included “Lucy,” “Good Golly,” “Miss Molly” and “Tutti Frutti.”

Megan Thee Stallion took to the desert in a performance themed after the “Mad Max” films.

Sporting a feathered crop top, she danced and twerked alongside her dancers who wore masks and maintained social distance amid the coronavirus pandemic. She performed her Beyoncé-assisted hit “Savage Remix” and “Girls in the Hood,” a revamp of Easy E’s 1987 song “Boyz-N-The Hood.”

In the post-apocalyptic setting, she and her dancers rode through the desert landscape on dusty ATVs. The rapper closed out her performance after jumping on a silver-spike vehicle.

It didn’t take long for host Amanda Seales to touch on equal rights for African Americans.

In a stirring monologue, Seales said she was chosen to host the show because she’s been “telling y’all everybody’s racist.” She touched on several topics including the death of Breonna Taylor, racial equality and took a jab at actor Terry Crews who faced recent backlash for his “Black supremacy” comment.

Seales joked she would rather talk about issues other than race, but “racism always beats me to it.”

Her monologue came after an all-star performance of Public Enemy’s 1989 anthem “Fight the Power.” The performance featured group members Chuck D and Flavor Flav along with Nas, Black Thought, Rapsody and YG — who added lyrics to the song and name-dropped Taylor.

During the performance, video clips were shown of the national protests over the deaths of unarmed Black people including Floyd, Arbery and Taylor.

The 12-year-old sensation Keedron Bryant also performed in a cappella “I Just Wanna Live,” a song about being a young black man that earned him a record deal.