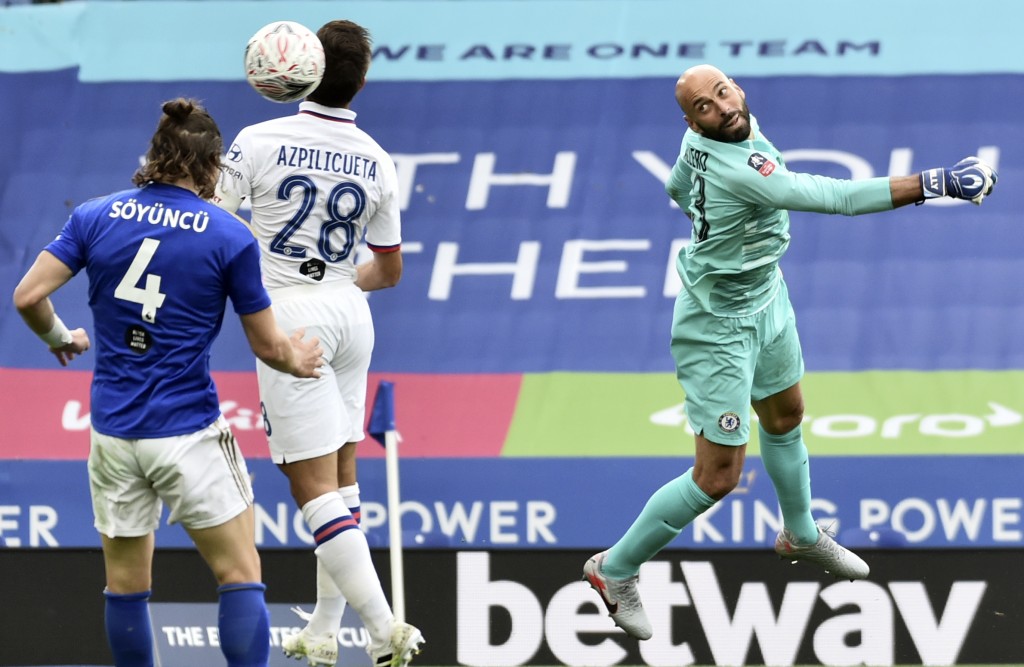 LONDON (AP) — The two most successful teams in the FA Cup have avoided each other in the semifinals after Sunday's draw.

The matches will take place at Wembley over the July 18-19 weekend.

Chelsea advanced to the last four with a 1-0 win at Leicester earlier Sunday. Dani Ceballos netted an injury-time winner for Arsenal in a 2-1 win at Sheffield United.

Later Sunday, Cup holder Manchester City was away to Newcastle in the remaining quarterfinal match.