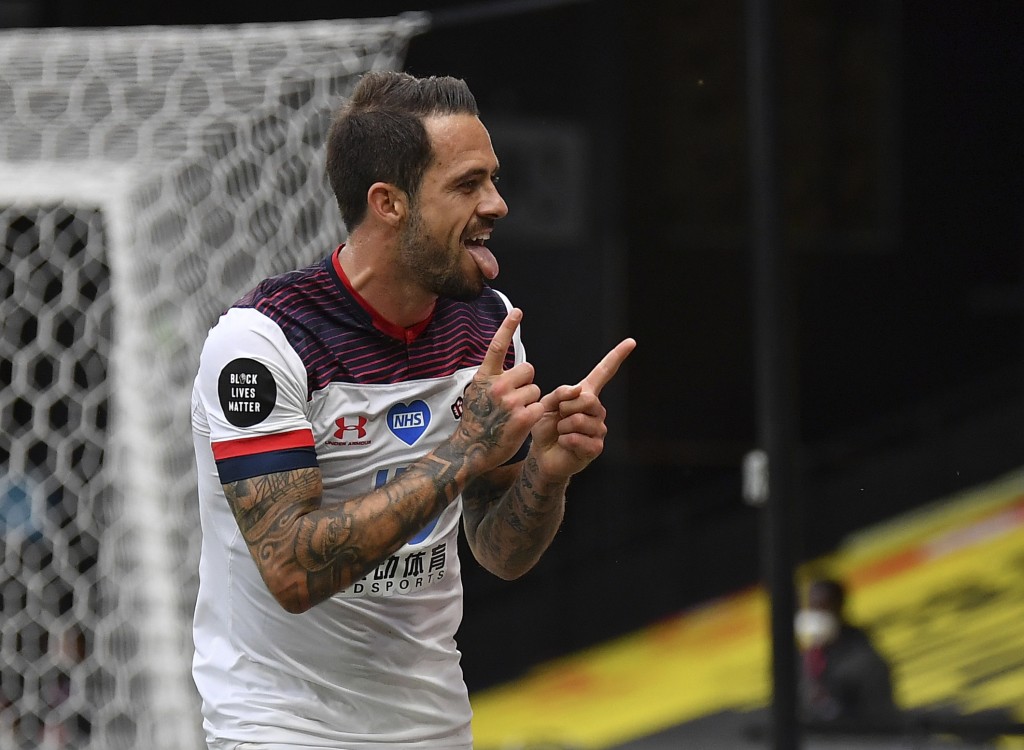 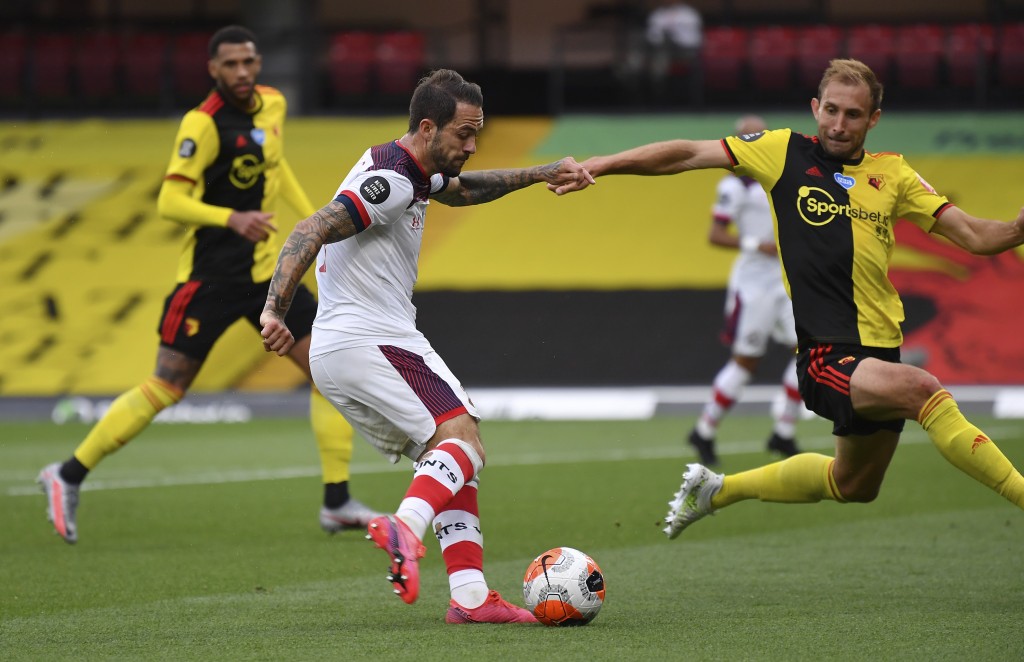 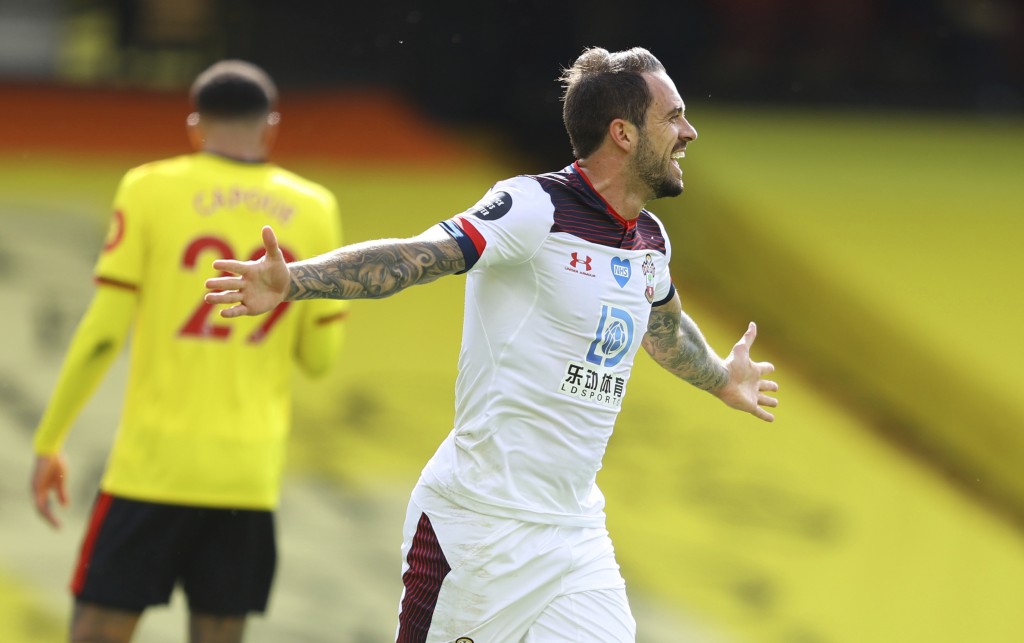 LONDON (AP) — Striker Danny Ings kept the pressure on in the race to be Premier League top scorer, netting twice as Southampton won 3-1 at struggling Watford on Sunday.

Ings struck in each half to reach 18 goals and move one behind top scorer Jamie Vardy, who is enduring a drought after streaking clear for Leicester earlier this season.

Southampton moved up one place to 13th and well clear of the relegation zone, while 16th-place Watford remains one point above the drop zone with six games left.

The fleet-footed Ings is enjoying the best season of his career and got his first goal in the 16th minute. He collected a pass from William Smallbone some 30 meters out, advanced past two players and curled a shot into the bottom right corner from just outside the penalty area.

Ings made it 2-0 in the 70th, finding space in the right side of the penalty area before clipping a low shot which deflected off defender Craig Dawson and went into the bottom left corner.

Rash defending from Southampton handed Watford a lifeline in the 79th, with defender Jan Bednarek lunging to cut out a cross and turning the ball into his net for an own-goal.

Watford's hope was extinguished three minutes later when James Ward-Prowse curled a fine free kick into the top left corner, although veteran goalkeeper Ben Foster left too much room for him to pick his spot.

Watford's preparations for the match were rocked by an off-field issue.

Manager Nigel Pearson dropped Andre Gray, Nathaniel Chalobah and Domingos Quina on health and safety grounds amid the coronavirus pandemic, after a newspaper report claimed Gray had hosted a party at his house for around 20 people on Friday.

Watford is at fourth-place Chelsea on Saturday, and Southampton hosts Manchester City on Sunday.