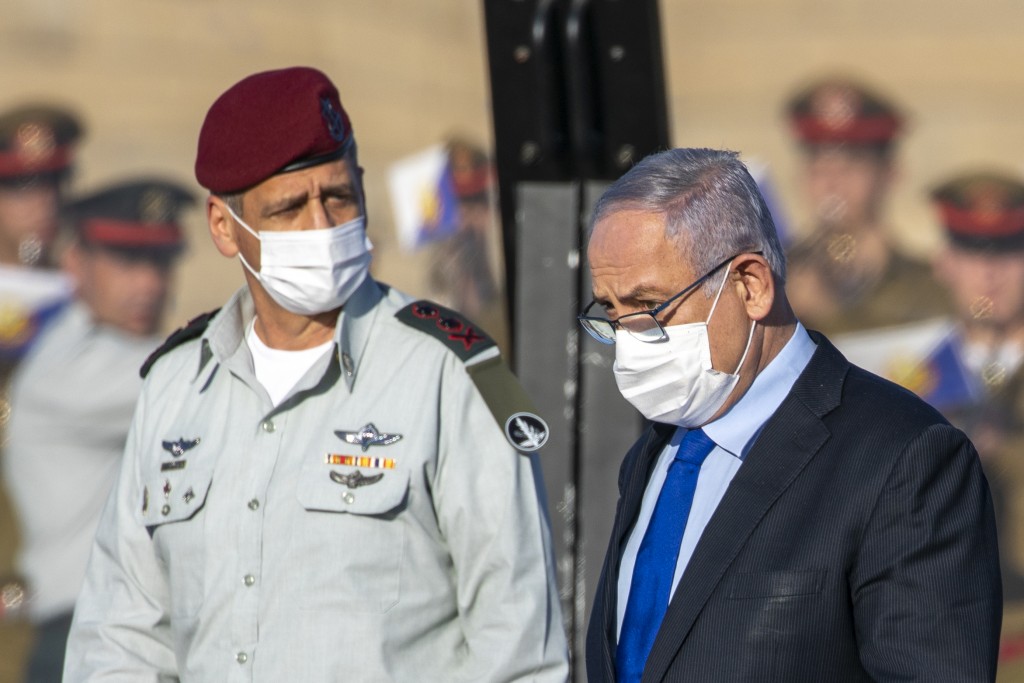 The demonstration was fueled by the detention of seven protesters Friday who held a smaller rally against Netanyahu’s continuation as premier despite being under indictment. The demonstrators held banners describing Netanyahu as “crime minister.”

Among the seven detainees was a former top Israeli air force general. On Saturday, Israeli police said the protest a day earlier was “illegal” because demonstrators blocked the roads.

Three of the protesters, including retired Brig. Gen. Amir Haskel, remained in detention for refusing the police’s release terms and insisting on participating in Saturday’s protest, Israeli media reported.

Last month, Netanyahu’s trial on charges of fraud, breach of trust and accepting bribes opened in a Jerusalem court. It is scheduled to resume next month.

Under a power sharing deal, Netanyahu was permitted to remain as prime minister, while his rival, Benny Gantz, was named defense minister and alternate prime minister.

The two men have agreed to switch posts after 18 months, though many analysts do not expect the government to last that long.