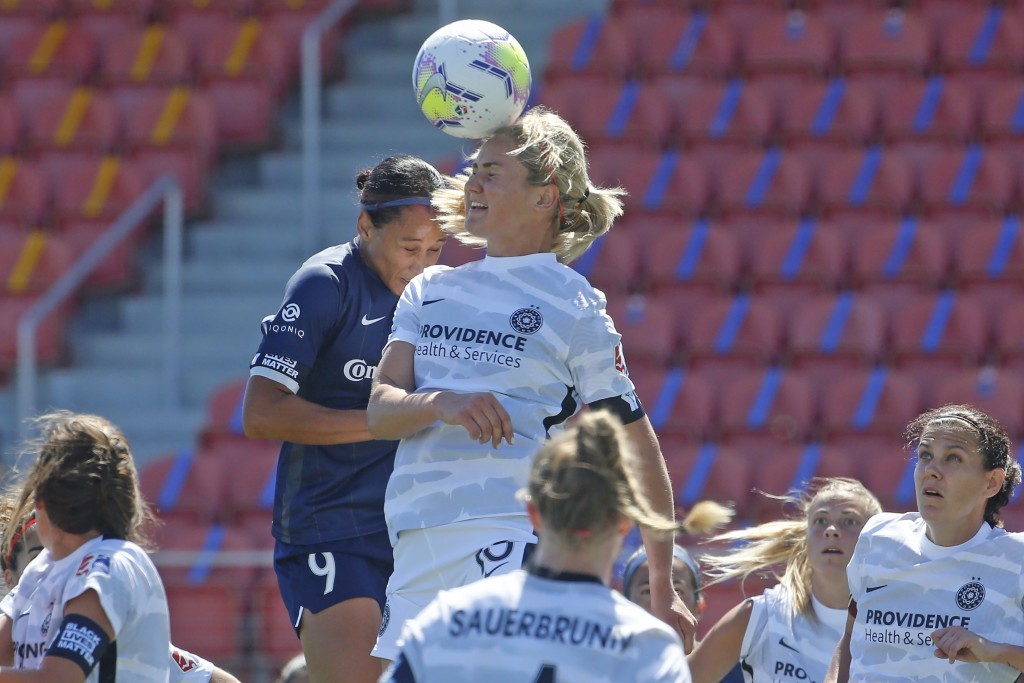 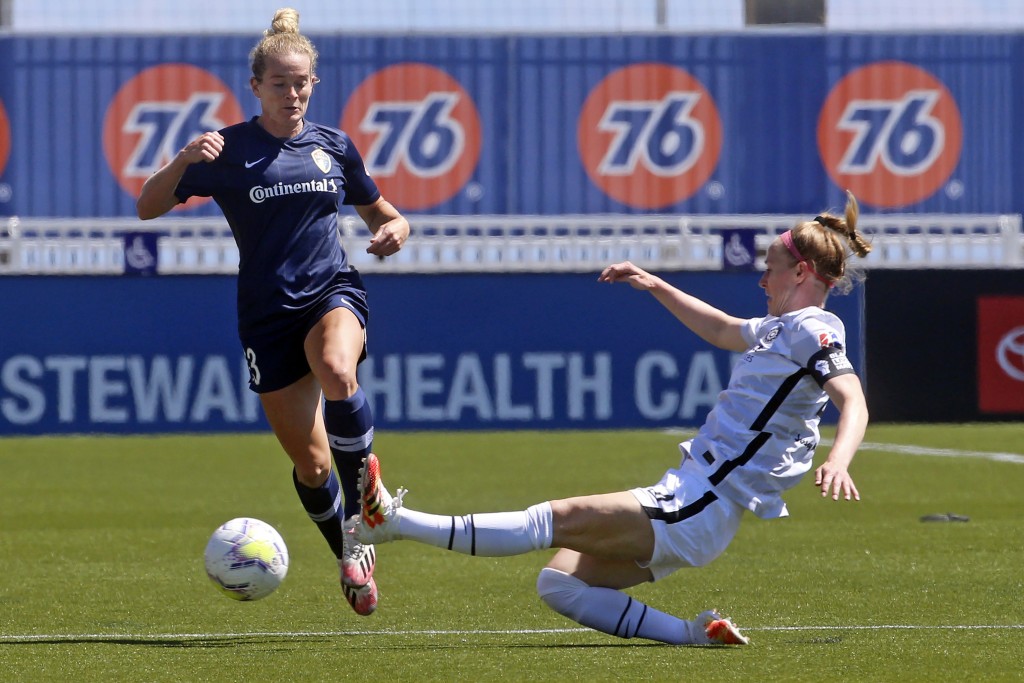 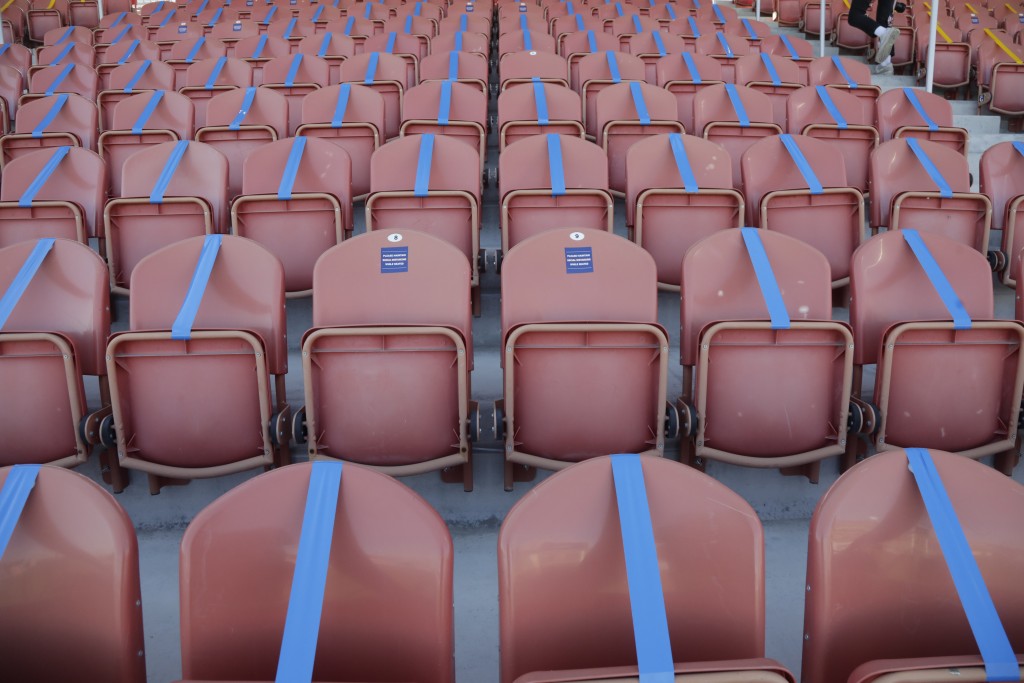 The NWSL is the first professional team sport to return amid the coronavirus pandemic. The teams had opened preseason training camps when the league shut down on March 12.

Players from both teams collectively took a knee during the national anthem and wore Black Lives Matter T-shirts in pre-game warmups to protest racial inequity.

After a scoreless first half, Brazilian Debinha broke through for the Courage by tapping in a ball served up by former UCLA standout Hailie Mace. But the Thorns tied it minutes later when Simone Charley scored off a scramble in front of the North Carolina goal after Lindsey Horan's shot rebounded off the crossbar.

Williams scored the go-ahead goal on a header off a cross from Samantha Mewis.

The eight teams taking part in the Challenge Cup are sequestered in Utah for the duration of the monthlong tournament and must follow a strict protocol that includes frequent testing.

But the tournament was rocked earlier this week when the Orlando Pride was forced to withdraw because of multiple positive COVID-19 tests among players and staff.

The Courage are the NWSL's two-time defending champions and considered the favorites at the Challenge Cup. Last season they scored a league-record 54 goals.

In the previous meeting between the two teams last season, the Courage routed the Thorns 6-0, led by Williams with three goals.

Courage forward Jessica McDonald, who was on the U.S. national team that won the World Cup last summer in France, did not play because of a thigh injury.

The Thorns were without goalkeeper Adrianna Franch because of a right knee injury. Bella Bixby made her NWSL and Thorns debut in goal.

Courage rookie Ally Watt had to be stretchered off after a non-contact injury in the second half. She was replaced by Mace, who assisted on the team's first goal moments later.

There was also a moment of silence before the game as the league recognized the national outcry following the death of George Floyd while in the custody of Minneapolis police.

“We took a knee today to protest racial injustice, police brutality and systemic racism against Black people and people of color in America. We love our country and we have taken this opportunity to hold it to a higher standard. It is our duty to demand that the liberties and freedoms this nation was founded upon are extended to everyone,” the Thorns and Courage said in a joint statement released before the game.