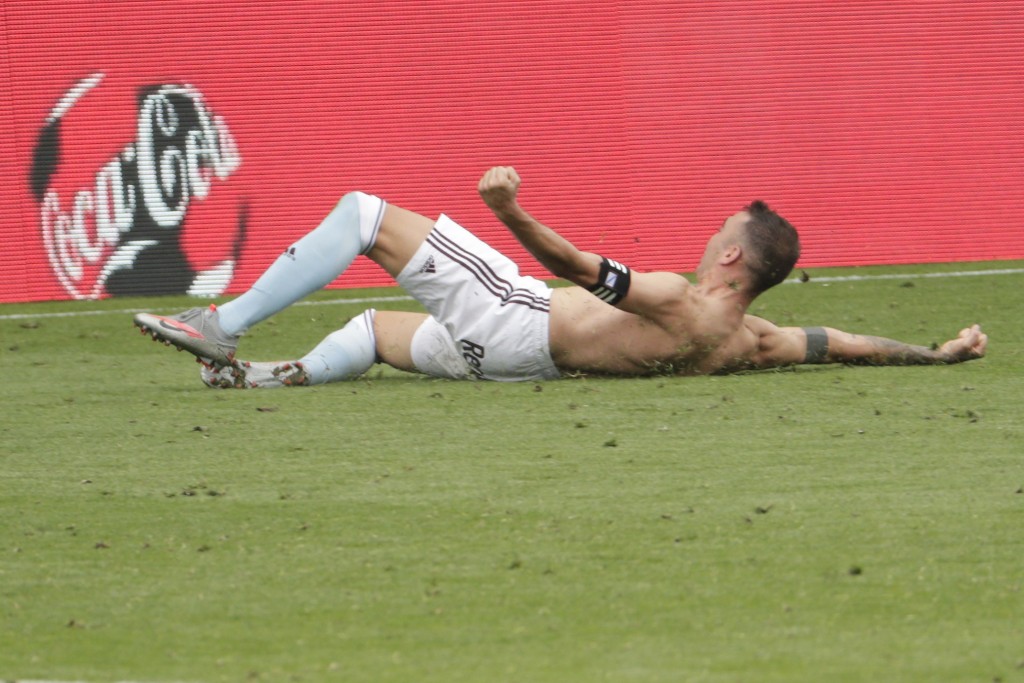 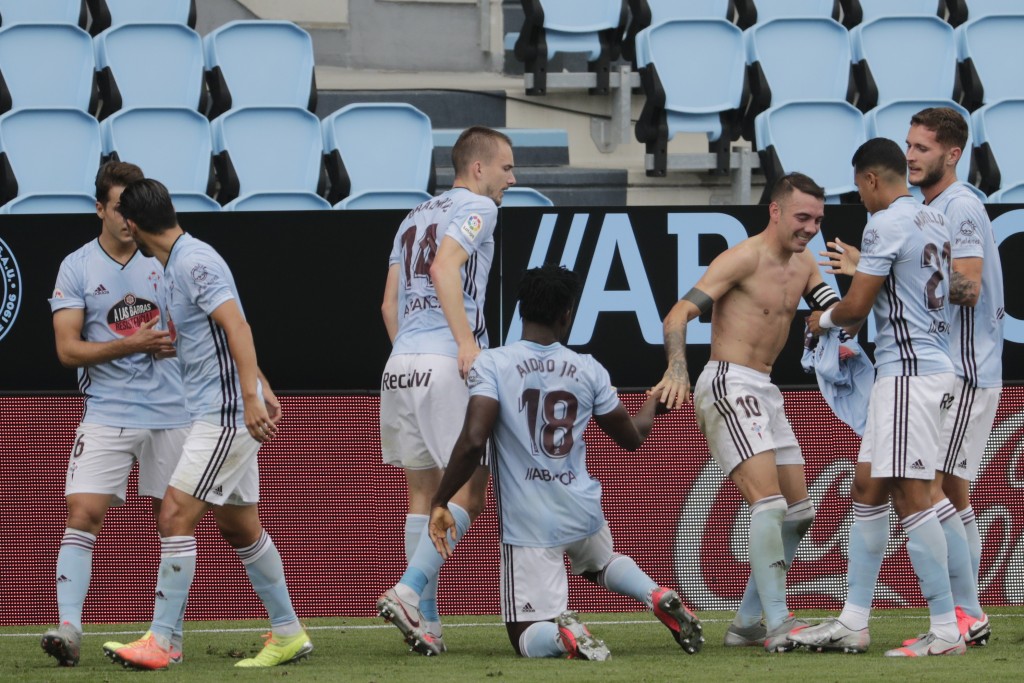 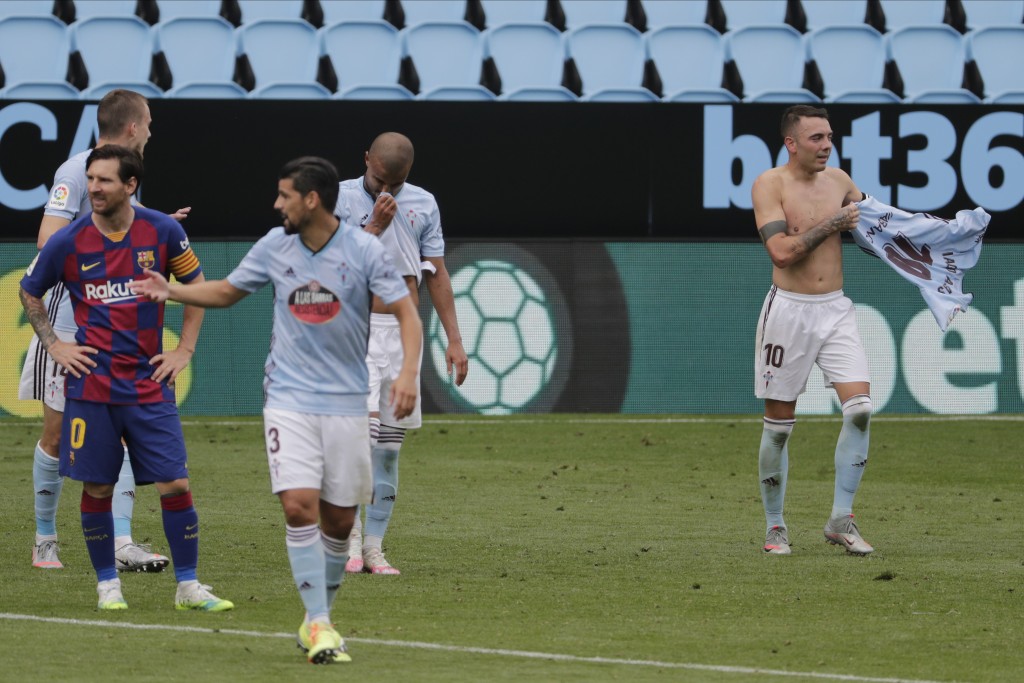 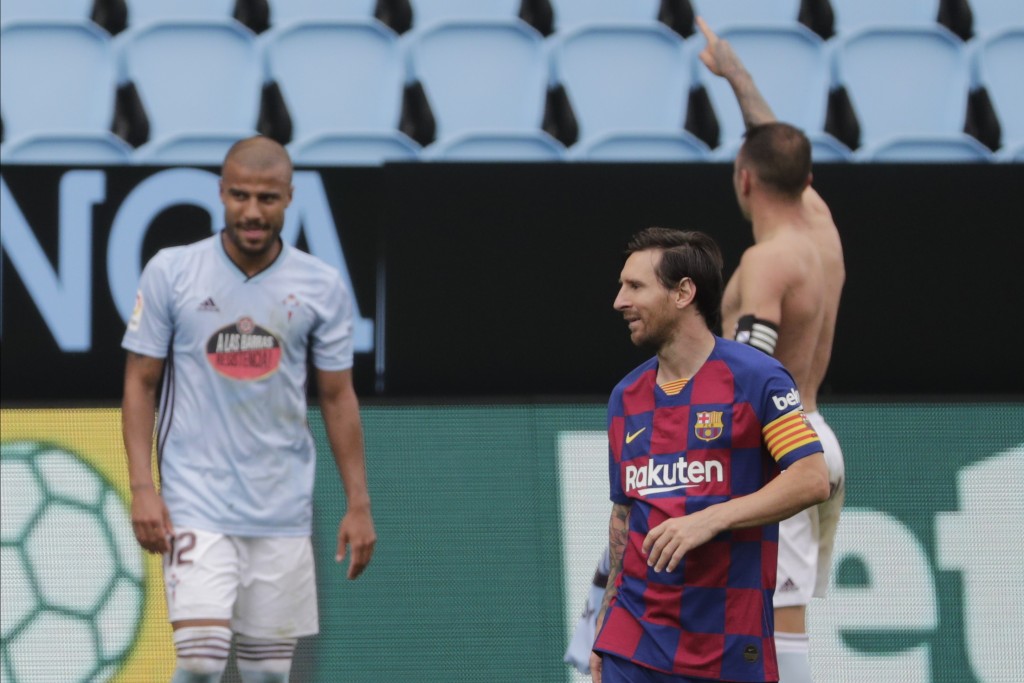 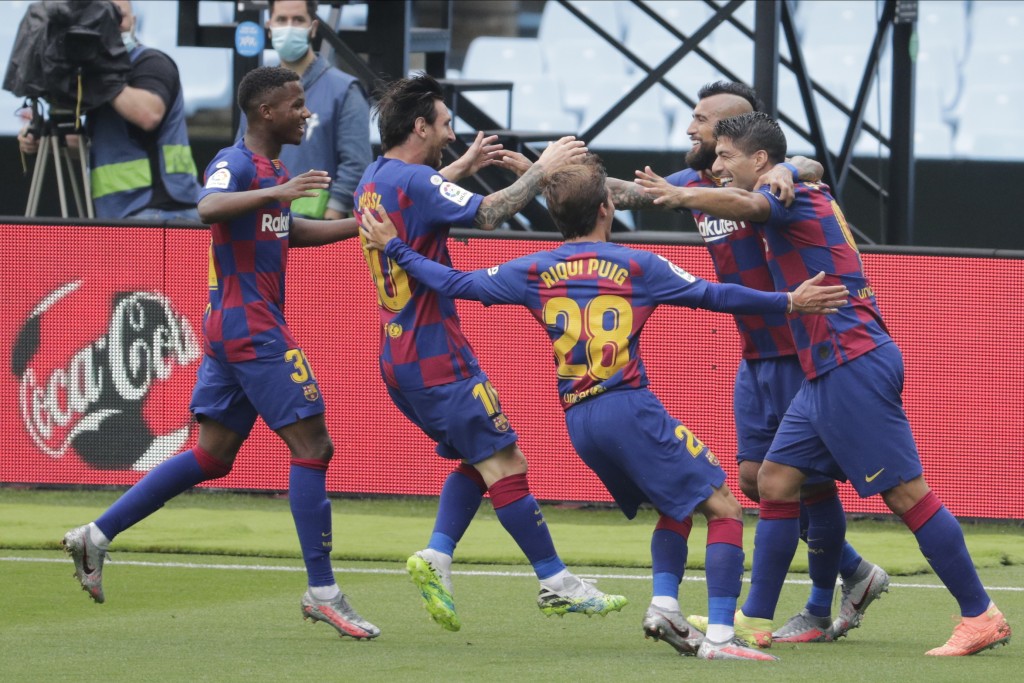 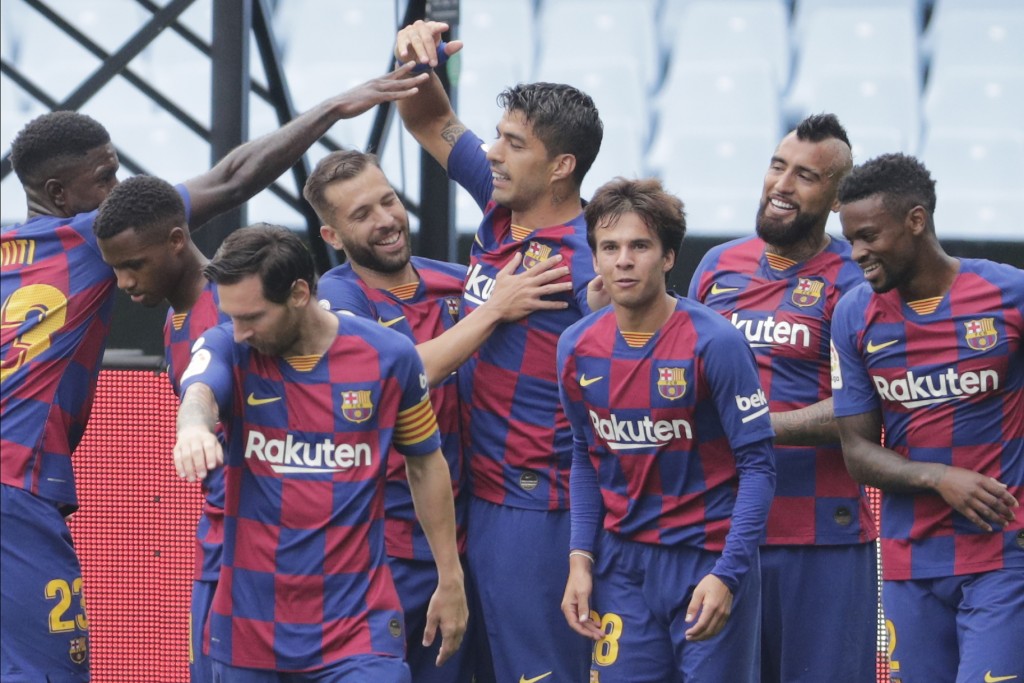 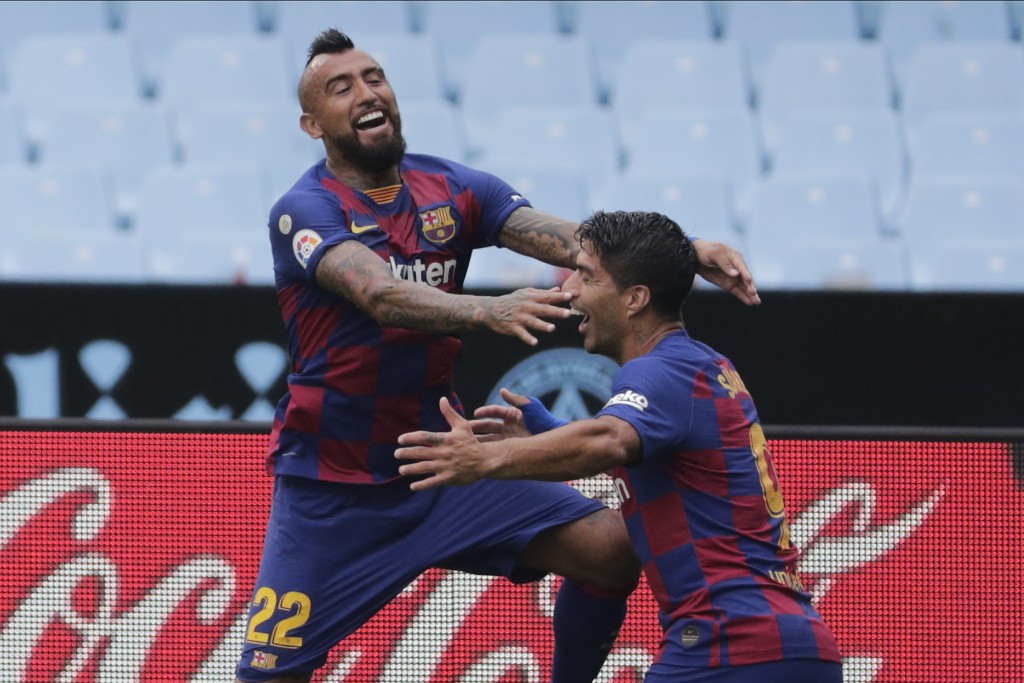 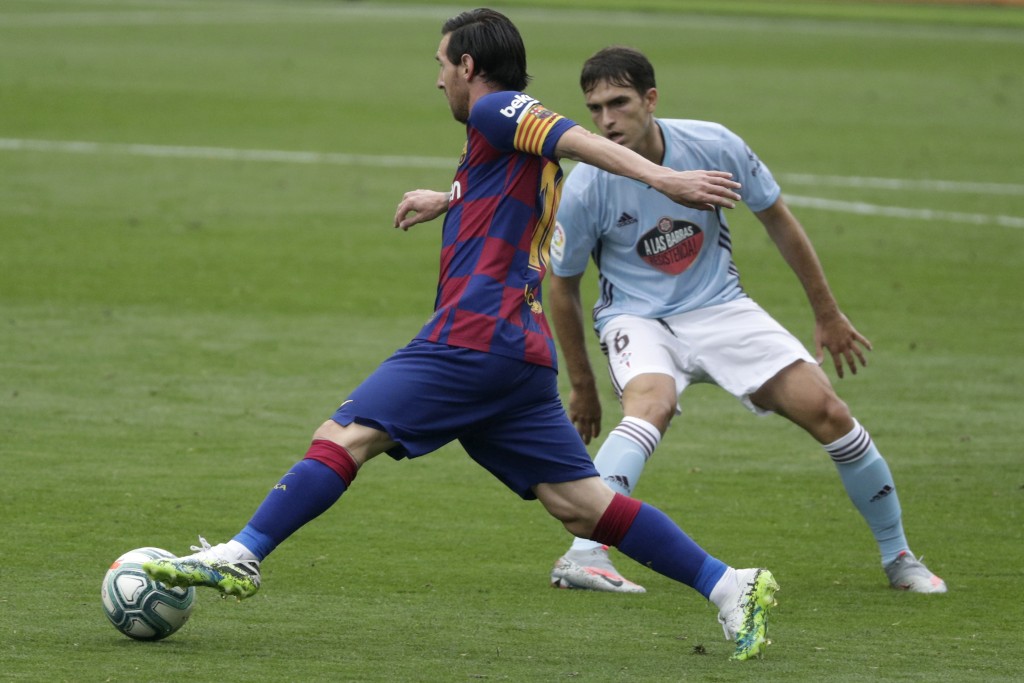 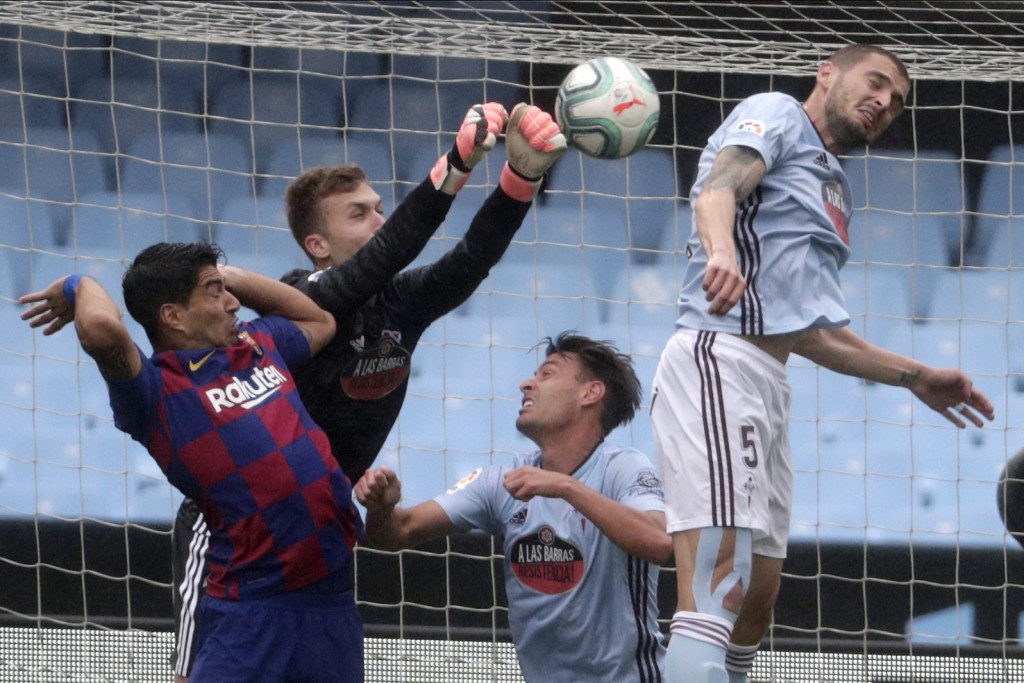 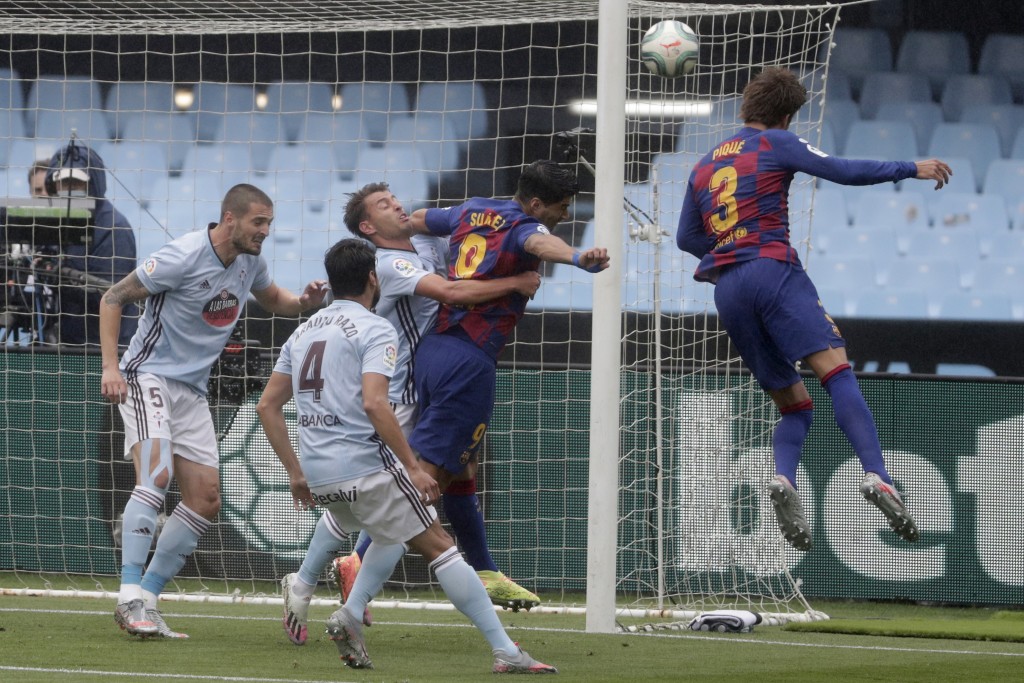 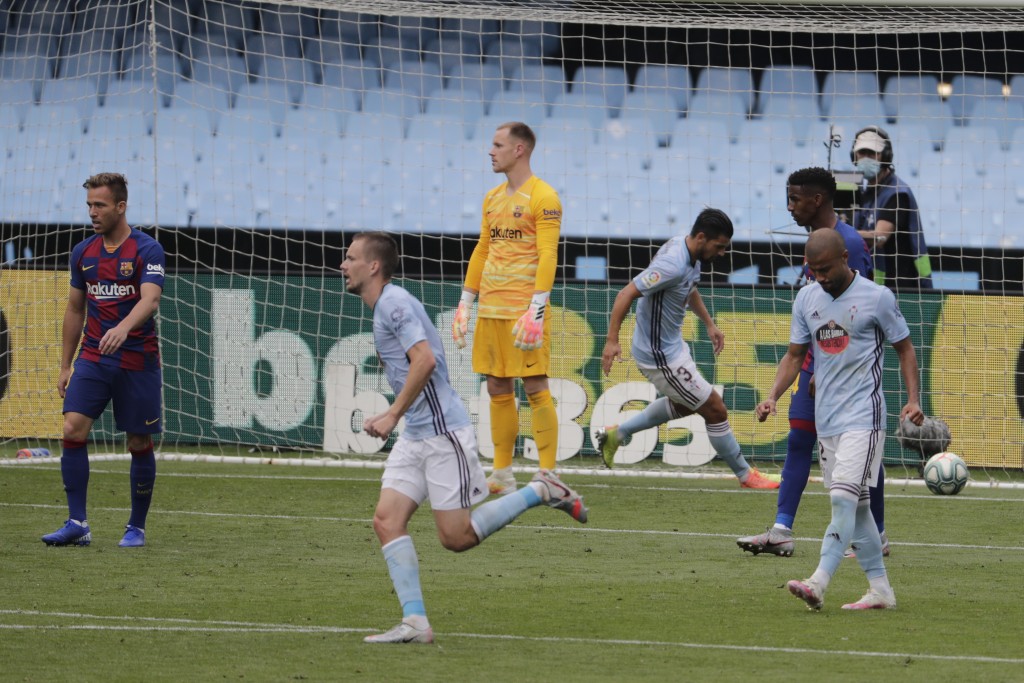 MADRID (AP) — Barcelona was held by Celta Vigo to 2-2 after conceding an 88th-minute equalizer on Saturday, opening the way for Real Madrid to take sole possession of the Spanish league lead.

Iago Aspas scored from a clever low free kick that went outside the wall to steal the win from Barcelona, which moved one point in front of Madrid ahead of the rival's visit to last-placed Espanyol on Sunday.

Barcelona lost the league lead after drawing at Sevilla two rounds ago. Madrid has yet to lose points after the pandemic break.

Celta moved further away from demotion with the draw, opening an eight-point gap to the relegation zone. It was coming off two victories, including a 6-0 rout of Alavés.

Both Barcelona goals came from Luis Suárez, who hadn't scored since recovering from surgery on his right knee in January.

He got on the board first with a 20th-minute header after a set-piece taken by Lionel Messi, who again fell short of his 700th career goal for club and country. It was the third straight game in which Messi had a chance to reach the milestone goal.

Aspas, who hit the post in the first half, started the breakaway that led to the close-range equalizer by Russian striker Fiodor Smolov in the 50th.

Suárez put Barcelona ahead again with a shot from near the center of the area after another assist by Messi in the 67th, but Aspas pulled off the late equalizer with his free kick that left Barcelona goalkeeper Marc-André ter Stegen flat-footed.

Stegen later saved Barcelona from leaving Vigo without any points by making a goal-line save after a close-range shot by Nolito in the final minutes.

Barcelona coach Quique Setién started with youngsters Ansu Fati and Riqui Puig in the lineup, leaving Antoine Griezmann on the bench for most of the match at Balaídos Stadium.

Athletic Bilbao increased its chances of qualifying for the Europa League by defeating relegation-threatened Mallorca 3-1 at home, moving to ninth place.

The Basque Country club is three points behind sixth-placed Villarreal in the final qualification spot for second-tiered European club competition.

It was Athletic's second straight win since losing at Barcelona for its only defeat since the break.

Mallorca, winless since the league resumed, remained in the relegation zone and could drop to last place depending on other results.