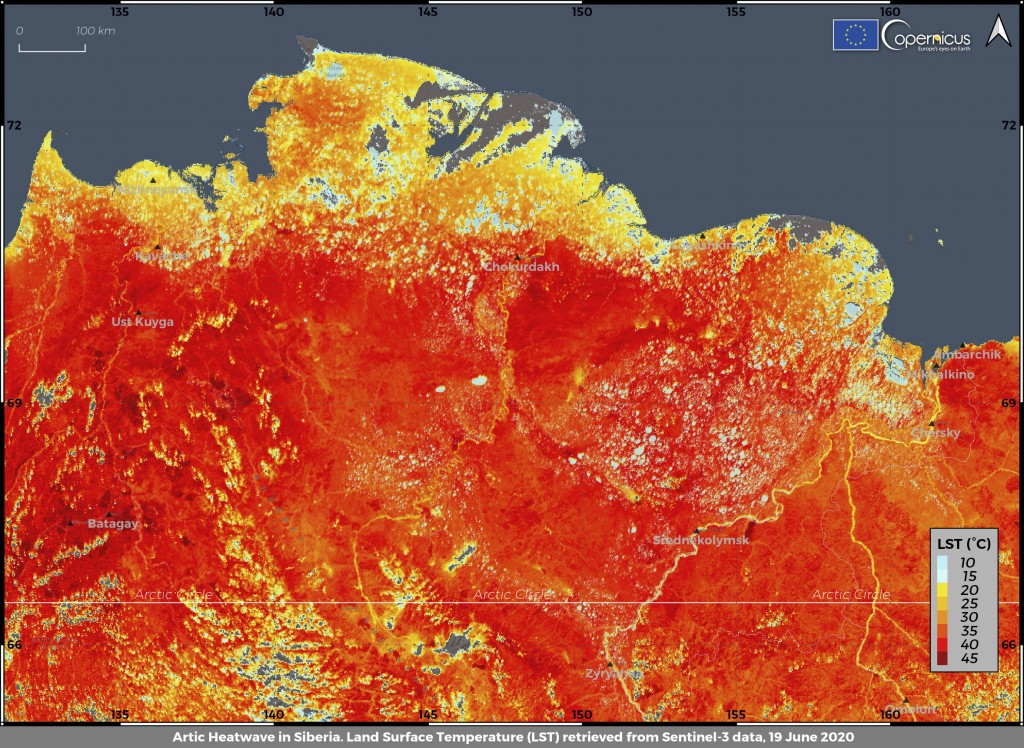 The fires come amid a notable heat wave in parts of the sprawling region. A high temperature of 38 degrees Celsius (100.4 F) was reported a week ago in the town of Verkhoyansk,. If the reading is confirmed, it would be the hottest day ever recorded in the Arctic.

According to figures reported Saturday by Avialesookhrana, Russia's agency for aerial forest fire management, 1.15 million hectares (2.85 million acres) were burning in Siberia in areas that cannot be reached by firefighters.

The worst-hit area is the Sakha Republic, where Verkhoyansk is located, with 929,000 hectares (2.295 million acres) burning.