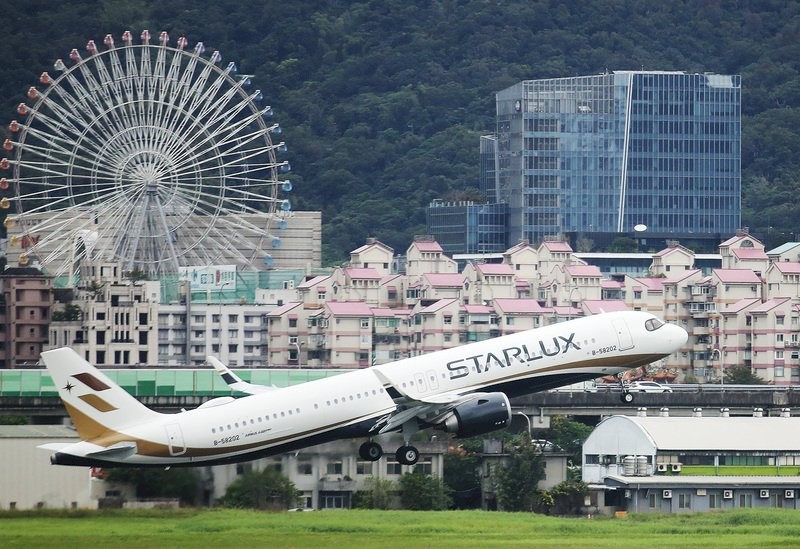 TAIPEI (Taiwan News) — As the Wuhan coronavirus (COVID-19) pandemic showed signs of slowing down in Asia, StarLux Airlines announced it would double the frequency of its flights to Penang in Malaysia, reports said Saturday (June 27).

The country’s youngest airline launched its maiden flight on Jan. 23, just as the virus started its expansion across Asia and the world. Initial services to Penang, Macau and Da Nang in Vietnam were later suspended amid rising worries and travel bans.

On June 18, StarLux resumed flights between Taiwan Taoyuan International Airport to Penang, but with just one a week instead of the earlier two per day, CNA reported. Next month, the frequency will double to two round-trip flights a week, on Tuesdays and Thursdays.

Flights to Macau resumed on June 1 at a rate of three a week, though a resumption of the Da Nang link was still not on the cards as Vietnam still banned international tourism in the wake of the coronavirus pandemic.

The launch of a new service to Cebu in the Philippines has been postponed several times, with Oct. 25 as the latest date, according to CNA. The airline’s original business plan saw it flying a high-spending clientele to destinations in Southeast Asia, and later Japan and the United States.