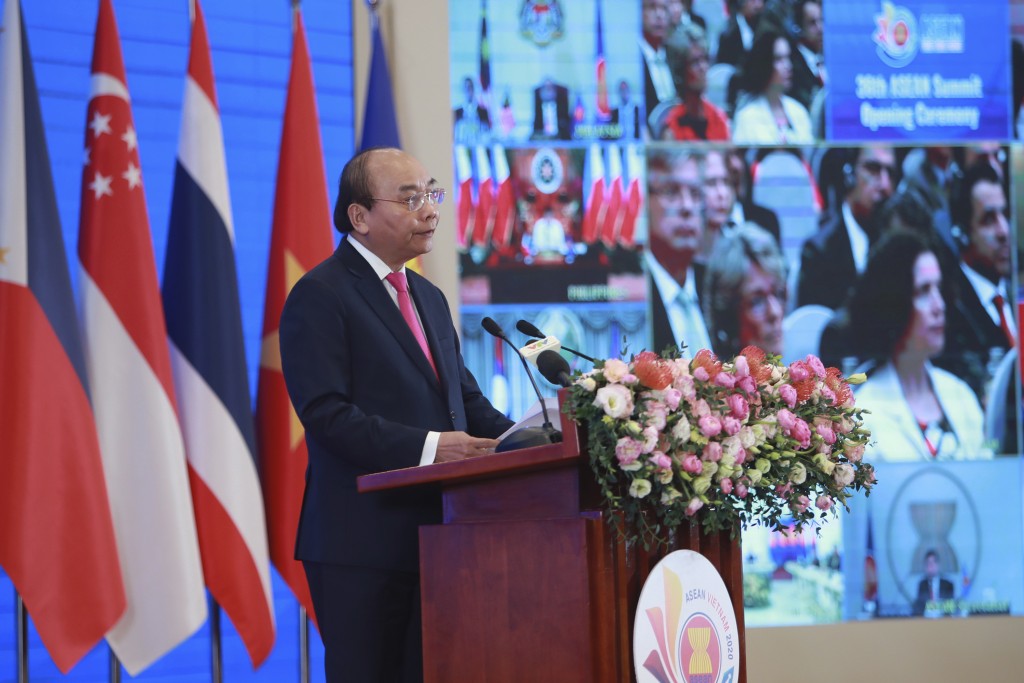 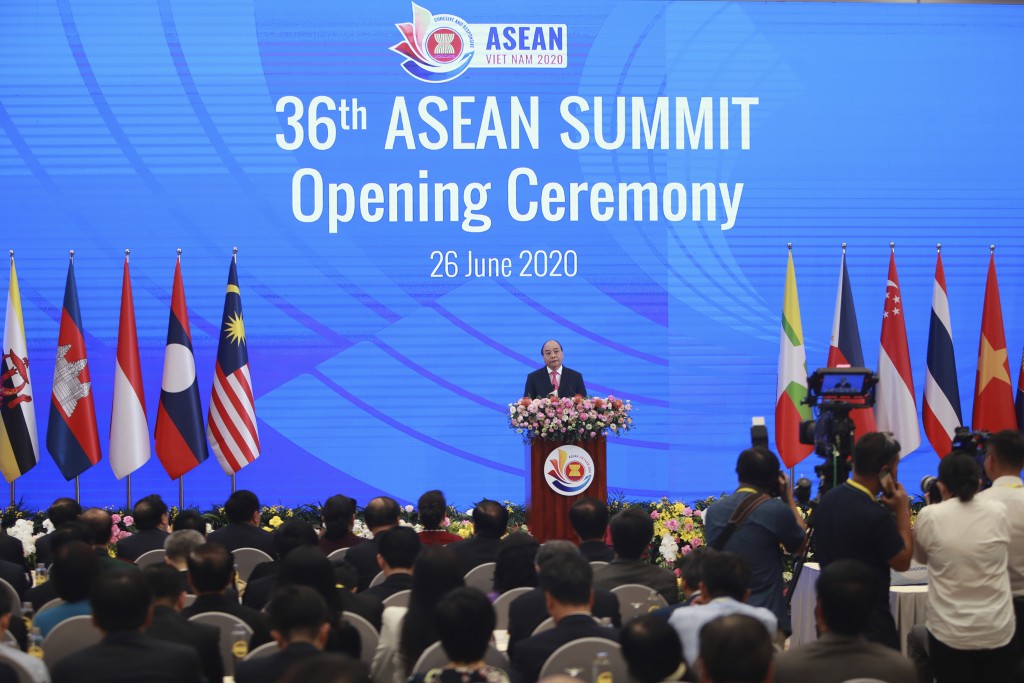 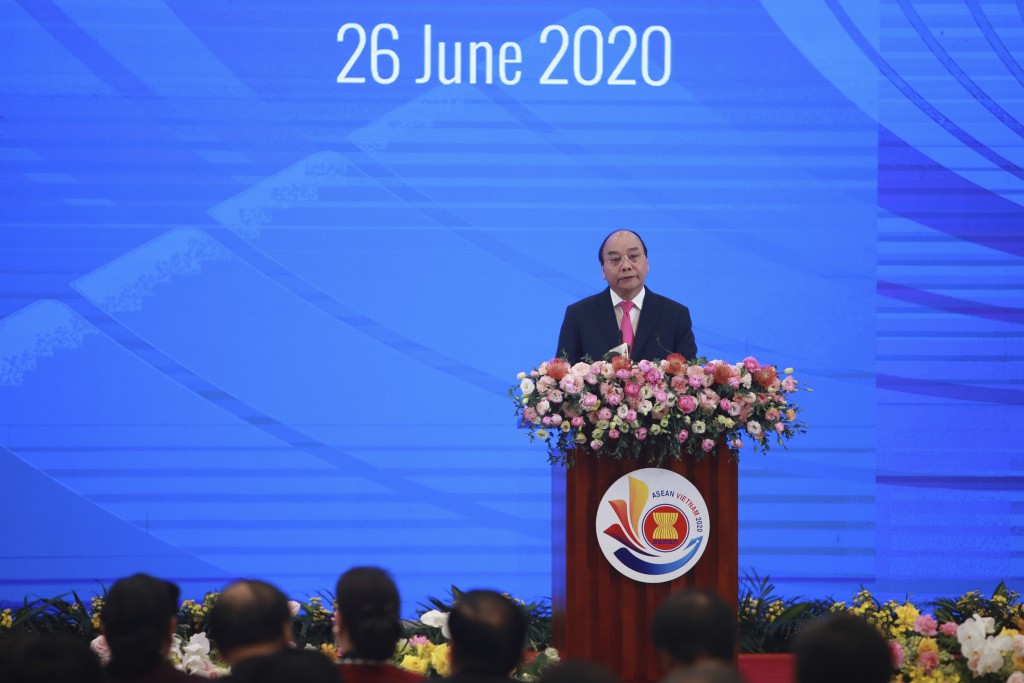 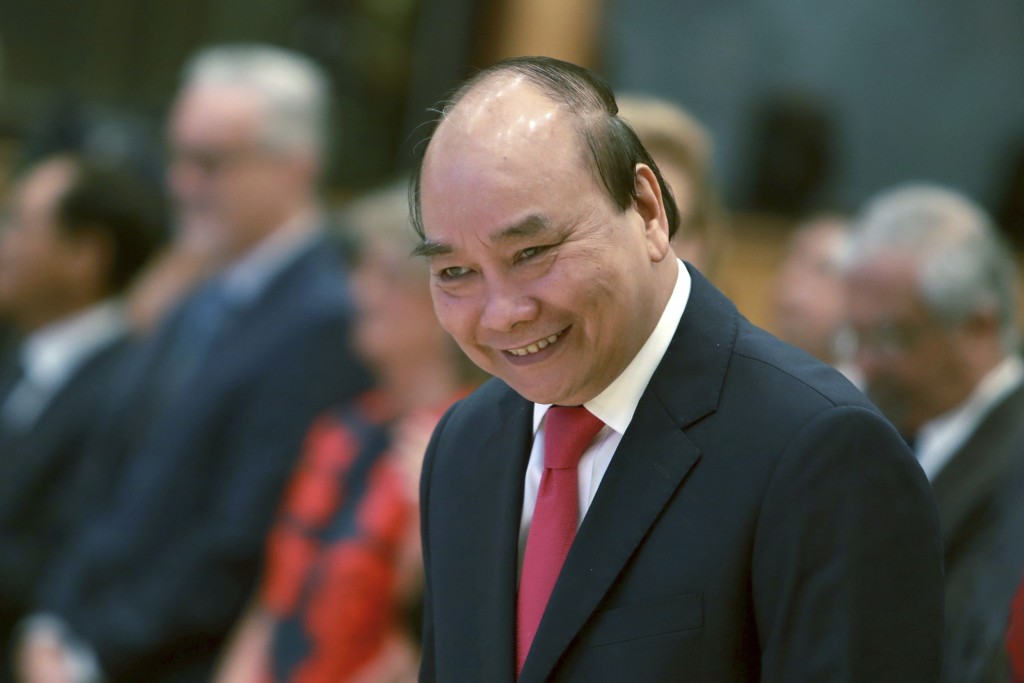 MANILA, Philippines (AP) — Southeast Asian leaders said a 1982 U.N. oceans treaty should be the basis of sovereign rights and entitlements in the South China Sea, in one of their strongest remarks opposing China’s claim to virtually the entire disputed waters on historical grounds.

The leaders of the Association of Southeast Asian Nations took the position in a statement issued by Vietnam Saturday on behalf of the 10-nation bloc. ASEAN leaders held their annual summit by video on Friday, with the coronavirus pandemic and the long-raging territorial disputes high on the agenda.

“We reaffirmed that the 1982 UNCLOS is the basis for determining maritime entitlements, sovereign rights, jurisdiction and legitimate interests over maritime zones,” the ASEAN statement said.

The leaders were referring to the United Nations Convention on the Law of the Sea, a 1982 international agreement that defines the rights of nations to the world’s oceans and demarcates stretches of waters called exclusive economic zones where coastal states are given the right to exclusively tap fishery and fuel resources.

They said in their statement that “UNCLOS sets out the legal framework within which all activities in the oceans and seas must be carried out.”

Chinese officials did not immediately comment on the statement, but three Southeast Asian diplomats told The Associated Press that it marked a significant strengthening of the regional bloc’s assertion of the rule of law in a disputed region that has long been regarded as an Asian flash point. They spoke on condition of anonymity due to a lack of authority to speak publicly.

As ASEAN’s leader this year, Vietnam oversaw the drafting of the “chairman’s statement,” which was not a negotiated document but was circulated among other member states for consultation. Vietnam has been one of the most vocal critics of China’s assertive actions in the disputed waters.

China has taken increasingly aggressive steps in recent years to bolster its claims to the strategic waters, which it vaguely marks with a so-called nine-dash line that overlaps with the coastal waters and territorial claims of ASEAN member states Vietnam, Malaysia, the Philippines and Brunei. Taiwan has also staked a claim in vast stretches of the disputed waters.

In July 2016, an international arbitration tribunal invalidated China’s vast historical claims to the waters based on UNCLOS. China refused to participate in the case and dismissed the ruling as a sham.

China in recent years transformed seven disputed reefs into missile-protected island bases, including three with military-grade runways, and continues to develop them in actions that have set off protests and alarmed rival claimant states, as well as the United States and its Asian and Western allies.

In recent months, China has come under fire for what rival claimants say were aggressive actions in the disputed waters as countries were scrambling to deal with the coronavirus.

Vietnam protested in April after a Chinese coast guard ship rammed and sank a boat with eight fishermen off the Paracel Islands. The Philippines backed Vietnam and protested new territorial districts announced by China in large swaths of the sea.