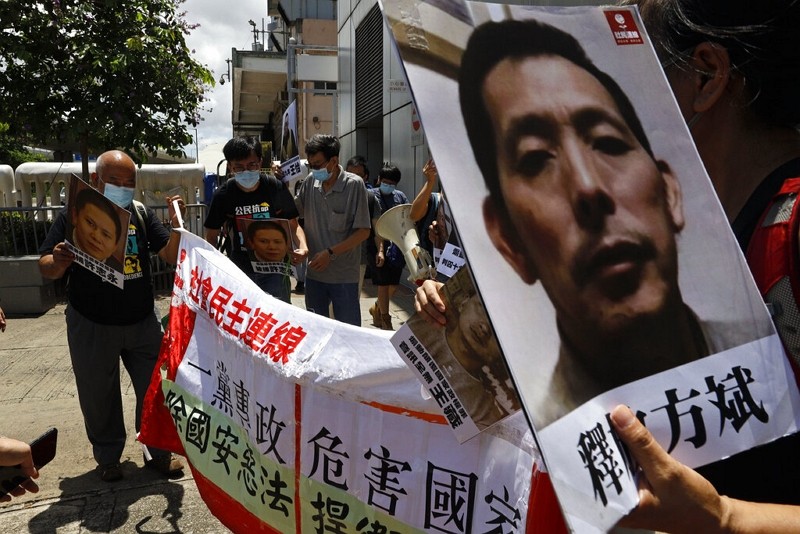 TAIPEI (Taiwan News) — The U.S. is sanctioning Chinese officials for their involvement in curtailing freedoms in Hong Kong with their proposed national security law.

U.S. Secretary of State Mike Pompeo said on Friday (June 26) that Washington is imposing visa restrictions on Chinese officials “responsible for, or complicit in, undermining Hong Kong’s high degree of autonomy," Reuters quoted him as saying.

The top U.S. diplomat stopped short of naming who was to be sanctioned other than saying relatives of designees are also subject to the curbs. The move means children of Chinese officials attending schools in the U.S. could also be affected, wrote CNN.

The announcement came ahead of a meeting to enact national security legislation for Hong Kong by the Standing Committee of the National People's Congress. The law would ban subversion, secession, or activities involving foreign interference and allow Beijing to establish security organs in the territory.

Meanwhile, the U.S. Senate unanimously passed the Hong Kong Autonomy Act on Thursday (June 25), which lays a legal base to punish individuals and foreign financial institutions that engage in significant transactions with designated individuals, according to the South China Morning Post. The House of Representatives needs to pass its own version of the legislation for it to be signed into law.

The Trump administration declared last month that Hong Kong was no longer autonomous as a result of the security law and vowed action against Chinese Communist Party officials. Pompeo met with his Chinese counterpart, Yang Jiechi (楊潔篪), last week in Hawaii as U.S.-China tensions flared up over a host of issues, but details about the meeting have been scarce, according to Foreign Policy.