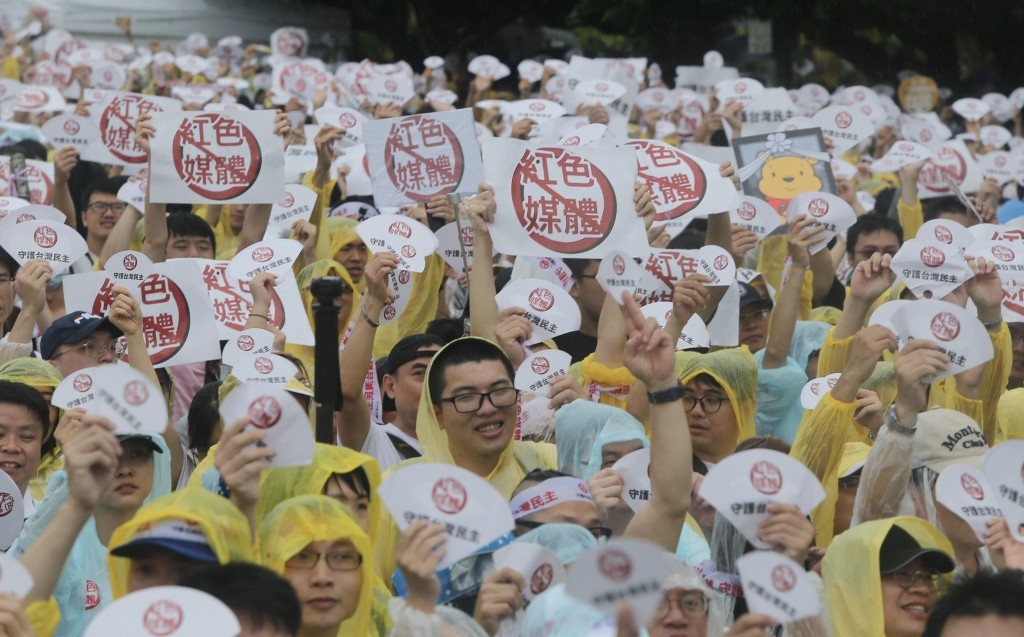 While news organizations from China are allowed to post correspondents in Taiwan, they should not broadcast negative political shows from Taiwan, said DPP legislator Chiu Chih-wei (邱志偉). He said the government should ban the production of such Chinese talk shows and revoke their media companies’ licenses.

The Cabinet-level Mainland Affairs Council (MAC) said the Chinese media groups are allowed to rent studio space from local broadcasters for their correspondents. If they record special shows, then they should ask for permission first, MAC said.

CCTV and Southeast TV have been approved to post correspondents in Taiwan, so their work here is legal, according to the government. However, Haixia TV has no such license, and the Ministry of Culture has investigated the media company but found no evidence of illegal activities so far, according to the report.

Chiu accused MAC of being too lenient and called on it to investigate whether the Chinese talk show hosts had applied for Taiwan work permits. He also referred to a recent decision by the Trump administration to impose new restrictions on Chinese state media.