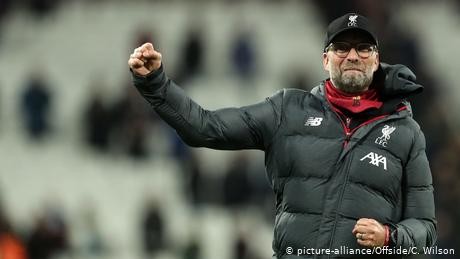 Jürgen Klopp's team now have an unassailable 23-point lead at the top of the table, with seven games to play. It is the earliest any team in Premier League history has ever sealed the title.

Liverpool last won the English championship in 1990 and it's the 19th time the club has won the domestic title, one less than Manchester United.

Kenny Dalglish, who was the last manager to lead the Anfield club to title glory 30 years ago, was effusive in his praise of the current incumbent: "Jürgen has been fantastic and he epitomizes everything that Liverpool Football Club stands for," the Liverpool legend told BT Sport: "He appreciates and respects everybody that works at the club, they've all got a position. So whatever they got they deserve it."

"We'll have a lot more days to look forward to as long as Jürgen's there."

Liverpool were in scintillating form on Wednesday night after they thrashed Crystal Palace 4-0 to put pressure on Manchester City ahead of City's trip to face Chelsea on Thursday. The Liverpool result meant only victory would do for Pep Guardiola's team, something they were unable to achieve after goals from Christian Pulisic and Willian saw off City and, with it, any faint hopes they had of retaining their title.