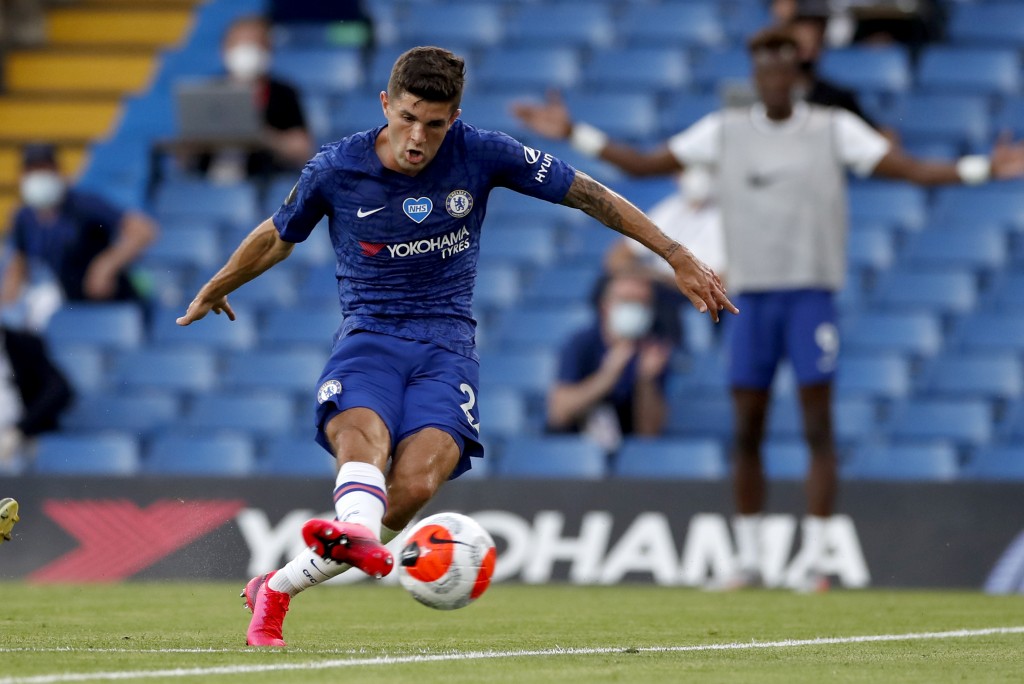 Liverpool celebrated its first English championship since 1990 after second-place Manchester City lost 2-1 to Chelsea at an empty Stamford Bridge on Thursday to see its two-season reign as champion come to an end.

The result left Liverpool with an unassailable 23-point lead with seven rounds of matches remaining.

In 2016, it was a late goal by Eden Hazard that gave Chelsea a draw against Tottenham that secured Leicester the most improbable title triumph in English soccer history.

On Thursday, it was a 78th-minute penalty converted by Willian that clinched Chelsea a victory and led to fireworks being set off near Liverpool’s Anfield Stadium.

A solo goal by Christian Pulisic, a player brought to Europe by Liverpool manager Jürgen Klopp in 2015 when he was coaching Borussia Dortmund, put Chelsea ahead in the 36th minute. His run began in his own half after a loose pass from City and he dribbled past two players before curling home a shot from the edge of the area.

Kevin De Bruyne curled a free kick into the top corner from 25 yards (meters) to make it 1-1, but City still needed another goal to stop Liverpool celebrating.

However, Fernandinho was sent off in the 77th for punching the ball away on the line after Pulisic, then Tammy Abraham attempted to bundle the ball in from close range.

Willian sent goalkeeper Ederson Moraes the wrong way from the penalty spot and the party could get started for Liverpool, more than 11,000 days after the Reds won their last English title 30 years ago.