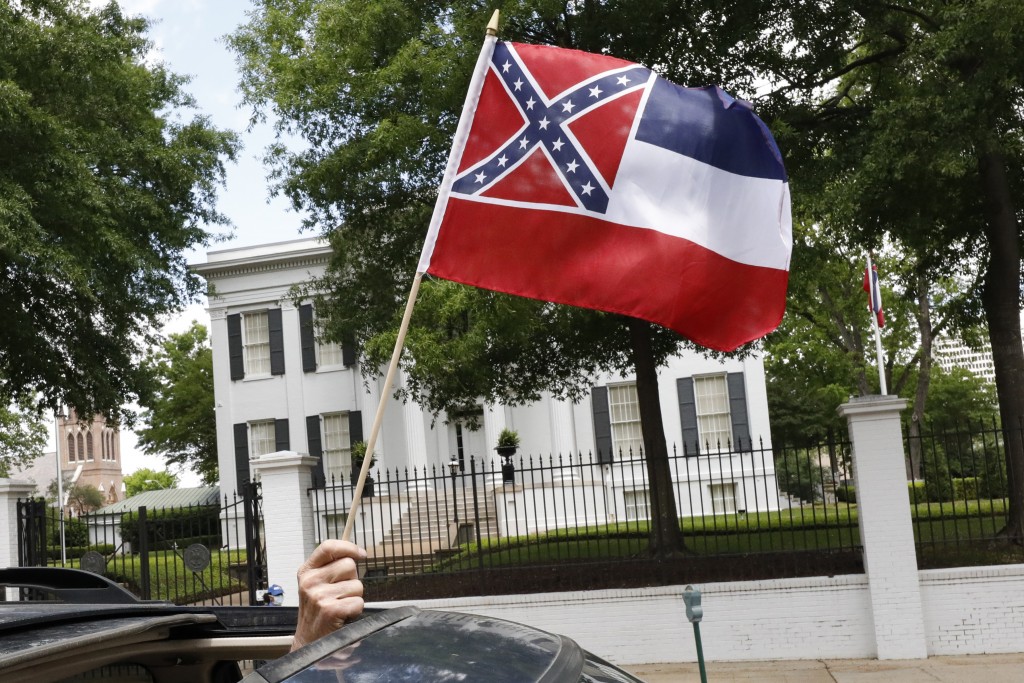 JACKSON, Miss. (AP) — Mississippi legislators were under increasing pressure Thursday to remove the Confederate battle emblem from the state flag, amid national protests over racial injustice and urging from sports leagues and leaders in business, religion and education.

“I was proud as Governor to add ‘In God We Trust’ to the State Seal," Bryant wrote on Twitter. “It will make a great Mississippi State Flag.”

Bryant left office in January after eight years as governor and four before that as lieutenant governor — and he never pushed the politically volatile issue of changing the flag during his time in office.

Current Republican Gov. Tate Reeves said Wednesday, for the first time, that he probably would not stand in the way if legislators muster a large enough majority to change the flag.

Mississippi is the last state with a flag that includes the emblem that many see as racist.

“If they get those votes, a veto would be pointless,” Reeves wrote on Facebook. “The debate would be over, and the flag would change.”

Reeves still said, though, that he prefers having a statewide election to let voters choose a flag design.

His statement came hours after two of Mississippi’s other Republican officials proposed replacing Confederate emblem “In God We Trust.”

The Confederate battle emblem has a red field topped by a blue X with 13 white stars. White supremacists in the Mississippi Legislature put it on the state flag in 1894 during backlash to the political power African Americans gained during Reconstruction after the Civil War.

Mississippi voters chose to keep the flag in a 2001 statewide election, but the design has remained contentious. Elsewhere in the country, debate has sharpened as Confederate monuments and statues recalling past slavery have been toppled by protesters or deliberately removed by authorities amid a groundswell against racial inequities.

Legislative Black Caucus members say lawmakers should remove the Confederate emblem because another statewide flag vote would be bitter.

“The emotional distress that the current flag perpetuates on people of color extends throughout the United States, casting us and having people to claim that we are backwater and retrograde,” said the caucus chairwoman, Democratic Sen. Angela Turner Ford of West Point.

Republican state Sen. Chris McDaniel of Ellisville is among those saying Mississippi should keep its flag and people should resist efforts to remove historical monuments.

“Whether you acknowledge it or not, the American Left is waging war against us,” McDaniel said Tuesday on Facebook.

At a Black Lives Matter rally June 6 in Jackson, thousands of people cheered when an organizer said Mississippi should get rid of Confederate images.