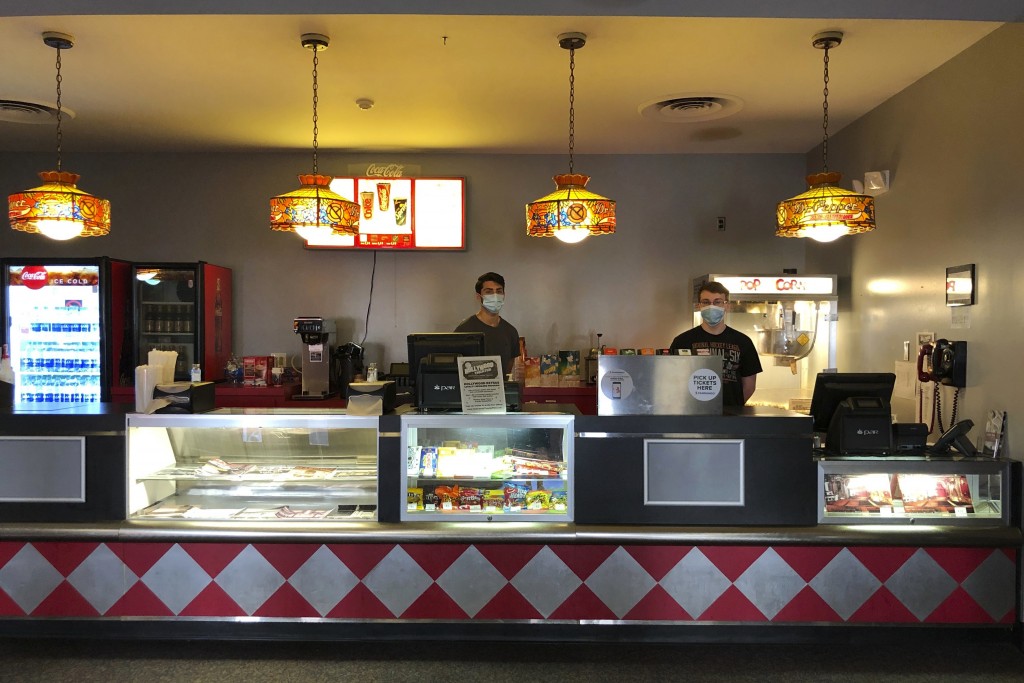 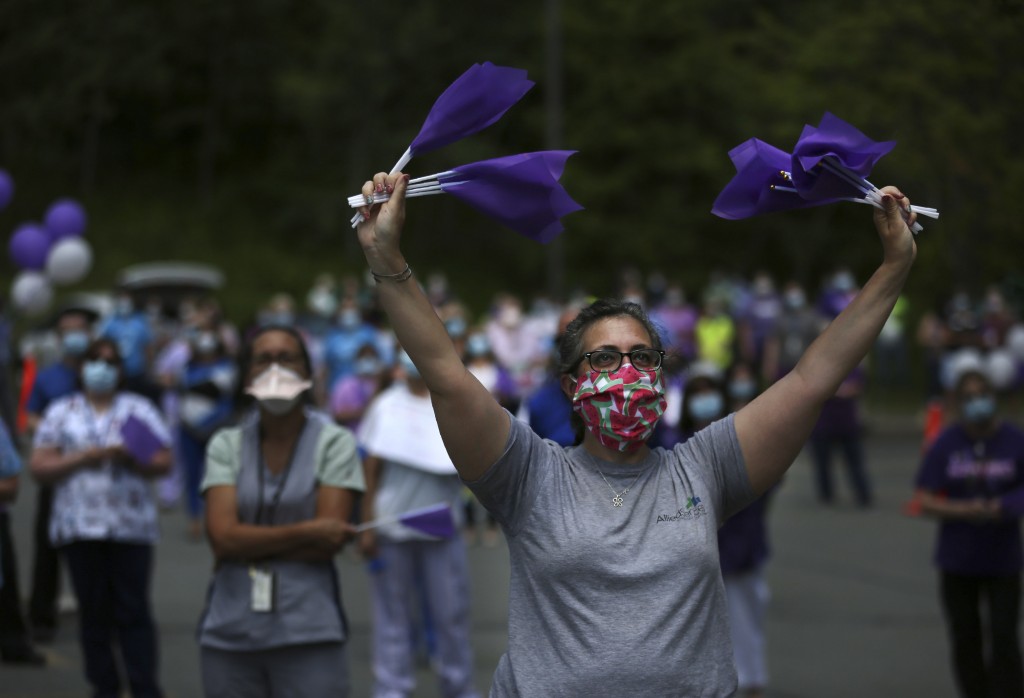 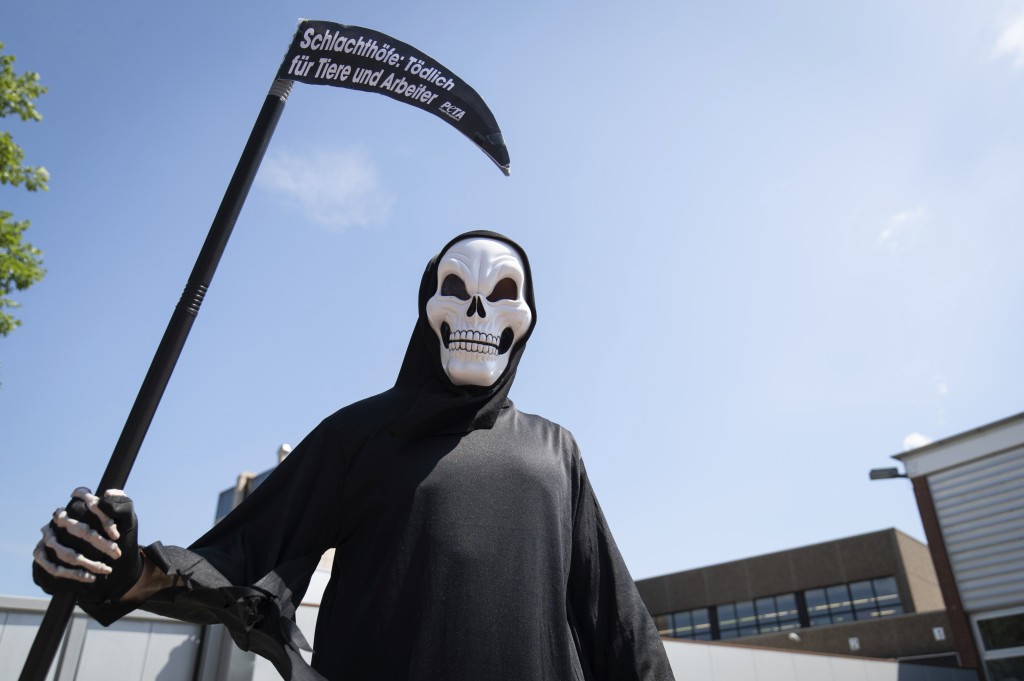 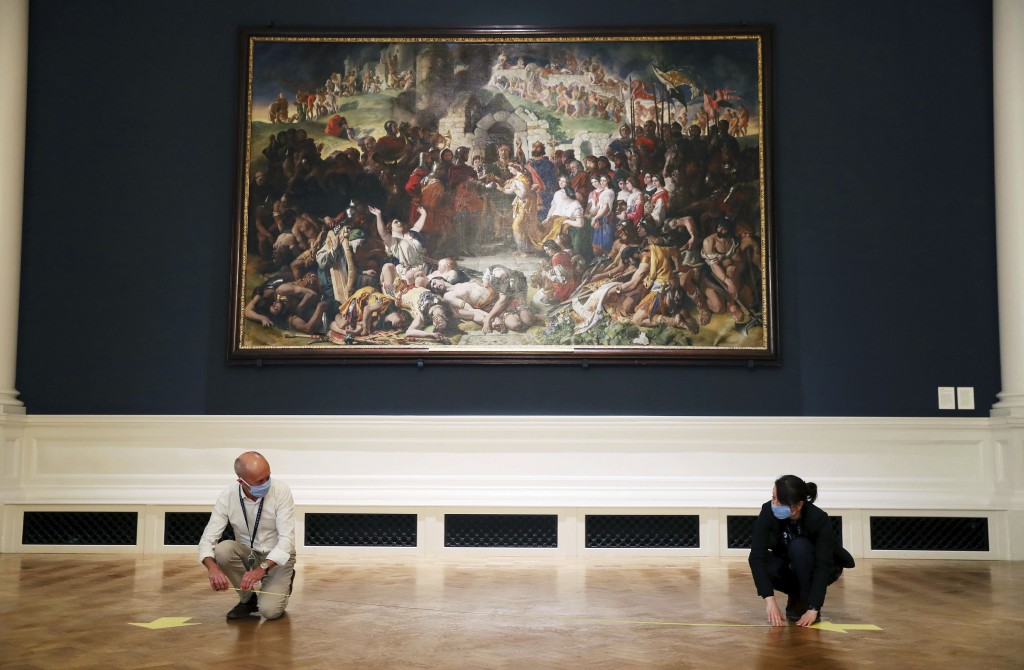 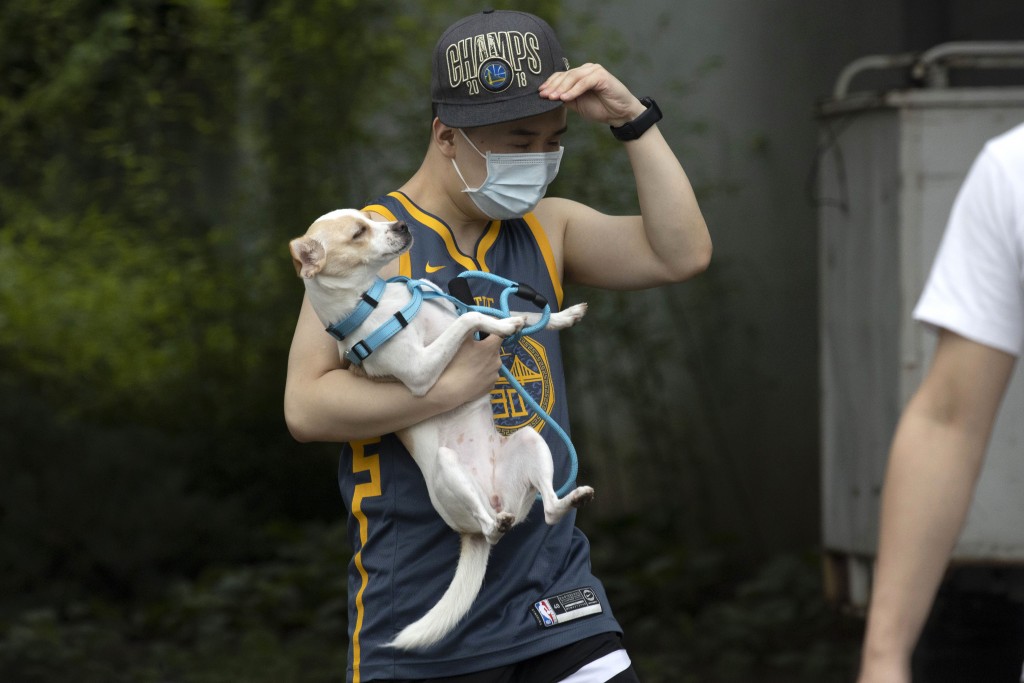 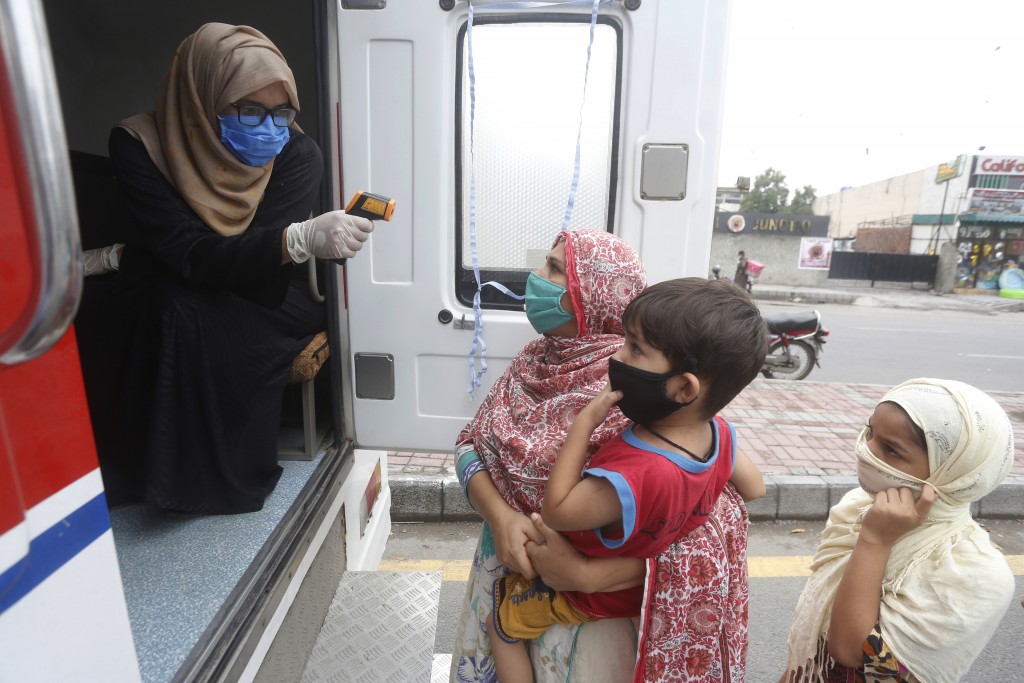 The outbreak of the coronavirus has dealt a shock to the global economy with unprecedented speed. Following are developments Thursday related to the national and global response, the work place and the spread of the virus.

OUT & ABOUT: Restaurants, professional sports and movie theaters are trying to get back on their feet, but attempts to do so have been halting at best.

— MGM Resorts International is tightening its restrictions for customers and will now require masks for all guests and visitors inside casinos and other public spaces at all of its properties. The company had been requiring only its employees to use masks. Customers were asked only to abide by local regulations.

— Disneyland has pushed back the reopening of its parks in California because state approval will not arrive in time. It had planned to open the gates on July 17. The company said the state will not issue guidelines until after July 4, not enough time to open within two weeks. Disney still plans to reopen the restaurants and shops at Downtown Disney District on July 9, which includes shops and restaurants, on July 9 because the state has issued guidelines for those types of businesses.

Disney still plans to open its theme parks in Florida next month. California and Florida are among a handful of states that have experienced a surge in infections.

HOME SWEET HOME?: The real estate market has been upended because of social distancing and uncertainty about job security. Yet there are some signs of stabilization driven by record low mortgage rates.

— The number of days that homes were on market sank to the lowest levels since the COVID-19 outbreak this week, according to the latest data from realtor.com. Homes sold three days faster than last week on average as shelter-in-place orders are lifted. However, new listings are down 19% and total inventory is down 29%, potentially meaning more bidding wars for those who are entering the market.

“It’s unlikely we’ll see the national pace of sales return to normal this year, but we should see home closings accelerate in the coming weeks -- and peak later than usual this summer,” Javier Vivas, director of economic research for realtor.com, said.

GOVERNMENTS & CENTRAL BANKS: The COVID-19 outbreak continues to force tough decisions by governments as economies are shut down and people lose jobs.

— Greece will reopen 24 regional airports across the country on July 1 for the first time since a national lockdown began. Travelers have been allowed in Greece since June 15, but could only fly into Athens and the northern city of Thessaloniki. Visitors are subject to random coronavirus tests.

— The Dutch government is giving a 1,000 euro ($1,120) bonus to health care workers who helped the country tackle the coronavirus outbreak.

WORKPLACE: Companies with national and, or global operations are trying to revive businesses even as infections surge at home and abroad.

— Ford CEO Jim Hackett said the company’s safety procedures have kept most workers safe as factories have reopened, but he doesn't know how to make sure employees stay safe outside of work in states where infections are surging.

Testing requirements have made Ford’s factories safer than the world outside, Hackett said, “It’s what people are doing when they are not at work, and they take their masks off and they’re acting more freely.”

Hackett said he has struggled with what role Ford should take in talking to workers about their off-hours. The United Auto Workers union, which represents about 55,000 Ford factory workers and about 150,000 auto plant workers nationwide, wants companies to test workers for the virus every day once the technology is available.

— Chico’s FAS will restore full pay to workers on July 5 after the retailer cut pay by 50% as stores closed nationwide. It furloughed others. Chico’s is also reinstating the base salaries of its current executive officers to their previous levels.

MARKETS: Stocks are flat to lower as COVID-19 infections surge in a number of states including Florida, Texas and South Carolina.

BOXING MATCH: Professional sports are attempting a comeback even without crowds that have been prohibited because of social distancing rules. Corrugated packaging company DS Smith is offering to fill those seats — with fans fashioned from recyclable cardboard. After providing such service in stadiums in the U.K., the company wants to speak with Major League Baseball, which plans to start its season in late July, the NBA, and Major League Soccer.