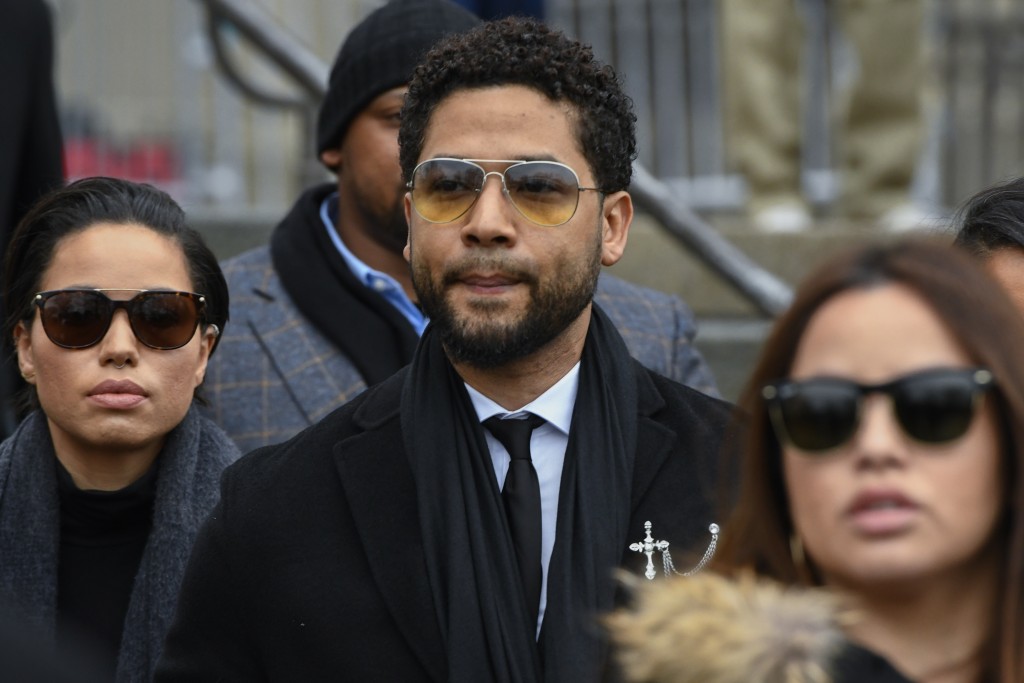 CHICAGO (AP) — Two brothers who have said they helped actor Jussie Smollett stage a racist and homophobic attack in Chicago last year no longer intend to cooperate with authorities, according to their attorney.

But one legal expert said even if Abimbola and Olabinjo Osundairo stop cooperating it won't hurt the case because prosecutors can present at trial the brothers' previous testimony before a grand jury.

“What they said is already under oath on paper," said David Erickson, a former state appellate judge who teaches at Chicago Kent College of Law.

At the heart of the brothers' change of heart is a growing frustration with the refusal by authorities to return their belongings — including a gun — that was seized early last year during the police investigation that led to the “Empire" actor's arrest.

“(The brothers) were, like ’Gloria, we’ve had it, we’ve been so patient,” their attorney, Gloria Schmidt Rodriguez told the Chicago Tribune after writing a letter to the police department's attorney. “Everything we’ve provided the office is without subpoena … Instagram messages, social media posts, phone records, whatever it is we’ve needed, and wanted, they’ve produced. That ends now. We’ve obviously been too accessible for them.”

Schmidt even informed the police department's attorney that whether or not they get their belongings back, they are through cooperating, according to a letter obtained by the newspaper.

Erickson said that if they do refuse to testify they can be held in contempt of court and prosecutors can also charge them with taking part in what authorities say was a staged attack.

The threat to not cooperate is the latest twist in a story that has been full of them since January 2019, when Smollett told police that two masked men had approached him in downtown Chicago, made racist and homophobic insults, beat him and looped a noose around his neck before fleeing.

The story included Smollett's contention that his attackers told him he was in “MAGA Country,” a reference to President Donald Trump's campaign slogan, “Make America Great Again.” There was national attention on the case, both when the incident occurred and later when police alleged Smollett staged the attack with the help of the brothers to drum up publicity for his career.

Smollett, who allegedly paid the brothers $3,500 to help him stage the attack, was charged with lying to police before the Cook County State's Attorney's Office announced it was dropping the charges. A judge subsequently ordered a special prosecutor to investigate, and the special prosecutor later secured another indictment against Smollett. Smollett has maintained his innocence.