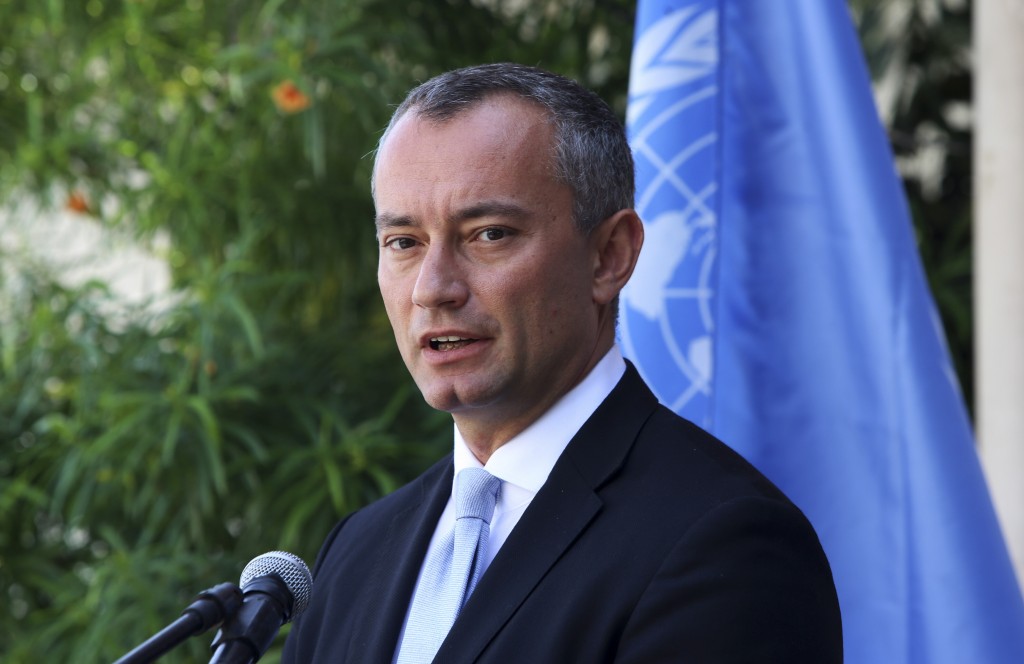 JERUSALEM (AP) — The U.N. envoy for the Middle East warned Israel on Thursday that carrying out its plans to annex parts of the West Bank could set of a spasm of violence that would upend Israeli-Palestinian relations and reverberate across the region.

Speaking to a group of foreign correspondents in Jerusalem, Nickolay Mladenov, the U.N. special coordinator for the region, said any Israeli unilateral action will “will have economic and security repercussions on the ground that will affect the lives of both Israelis and Palestinians.”

“Surely any such moves will be met by counter moves by the Palestinian Authority and they have already started,” he told members of the Foreign Press Association, noting how the Palestinians have absolved themselves from abiding by past agreements with Israel.

“For now we have the clear commitment by the Palestinian leadership that they will do everything in their power to contain law and order in the areas they control," he said. “But as the money runs out and as the political prospects become more grim, I feel that will become more difficult or impossible in the future."

His stern warning comes amid a flurry of international pressure on Israel to recant on its plans.

On Wednesday, the head of the Arab League warned a high-level U.N. meeting that any annexation would inflame tensions and endanger peace in the Middle East, and could ignite “a religious war in and beyond our region.” More than a thousand European lawmakers also signed a joint letter protesting Israel’s plan, saying such a move would “be fatal” to hopes for a peaceful resolution of the Israeli-Palestinian conflict.

Emboldened by the Trump administration’s favorable Mideast plan, and eager to establish its permanent eastern border, Israeli Prime Minister Benjamin Netanyahu has promised to begin annexing parts of the West Bank that have Israeli settlements, perhaps as early as next week.

Israel captured the West Bank in the 1967 Mideast war and in the decades since has built dozens of settlements that are now home to roughly 400,000 Israelis. Most of the international community considers the settlements illegal. The Palestinians seek the territory as part of a future independent state and have preemptively rejected the Trump plan.

Netanyahu’s government has yet to publish details of the proposed annexation but the prime minister has called for roughly 30% of the territory — including the strategically important Jordan Valley — to be annexed by Israel.

Even British Prime Minister Boris Johnson, a close Netanyahu ally, said last week that he strongly opposed annexation of parts of the West Bank, which would “amount to a breach of international law.”

U.N. Secretary-General Antonio Guterres urged Israel on Tuesday to hear the global calls and not to carry on with its plans. He told The Associated Press that annexation would not only violate international law, but “would be a major factor to destabilize the region.”

Mladenov took a more philosophical approach, saying annexation would do more than just extinguish the prospect of a two-state solution to solve the conflict.

“If we remove entirely the notion that through negotiations, through compromises, through discussions, through dialogue, this goal can be achieved, I fear that we really take the spirit out of the peace process and put everyone is a very difficult position," he said. "Unilateral action will become the theme of the day.”