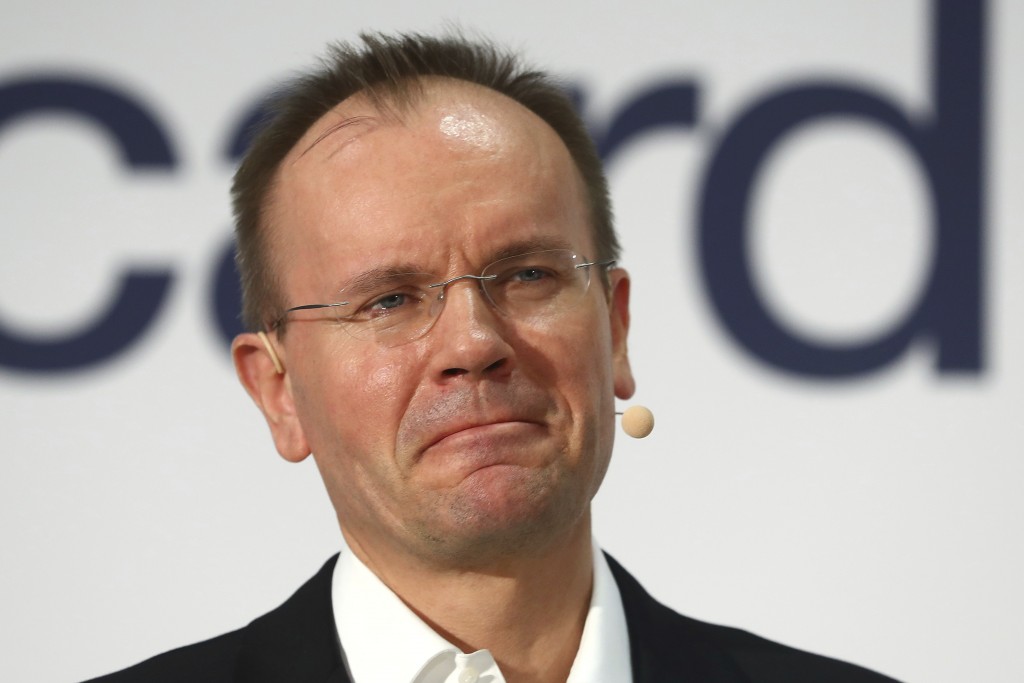 FRANKFURT, Germany (AP) — An accounting scandal at one of Germany’s fastest-growing blue-chip companies has raised doubts about the national financial watchdog and, coming on top of other high-profile cases of fraud, led to questions about the country’s ability to oversee its corporate titans.

Some 1.9 billion euros ($2.1 billion) vanished from payment systems provider Wirecard, until recently heralded as Germany’s emerging giant of the financial tech sector. Its CEO was arrested on suspicion of market manipulation and inflating financial numbers.

Adding to the damage to Germany’s corporate reputation was the reaction of the financial regulator, BaFin, when media reports last year questioned the company’s accounting. Rather than investigate Wirecard, it targeted investors, banning them from betting on a drop in the share price, which plunged more than 40%.

“That is a documented failure of supervision to intervene when there was clear evidence in this case,” Florian Toncar, a member of parliament for the opposition Free Democratic Party, said in an interview on Norddeutscher Rundfunk public radio.

He said the case was “a heavy blow” for Germany’s reputation as a financial center.

“WireCard was until now one of the few functioning tech companies that have come up with new ideas in the market place and now it turns out that that was to a great extent smoke and mirrors.”

BaFin’s head, Felix Hufeld, has conceded that Wirecard’s implosion was “a disaster.” But the agency is standing by its decisions throughout the scandal, details of which are still emerging.

Wirecard provides the technology to companies and consumers to make cashless payments, a growing and competitive market globally. Its founder and CEO, Markus Braun, resigned last week and said “it cannot be ruled out” that the company could have been the victim of fraud.

He was arrested Monday on suspicion of inflating the company’s financial numbers and later released on bail.

Under the new CEO, James Freis, the company has said that previous descriptions of its business in countries where it worked with partners — a key pillar of earnings — were inaccurate, and that it was probing whether those businesses were always run in the best interest of the company. The missing 1.9 billion euros was supposed to be in trustee accounts but the two Philippine banks the company said held the money have said they have no dealings with Wirecard. Auditor EY refused to sign off on the company's annual report.

Corporate wrongdoing is not unheard of in Germany to say the least.

Volkswagen was caught rigging diesel engines to cheat on U.S. emissions tests and paid more than 33 billion euros ($37 billion) in fines and settlements, while the chief executive and board chair of industrial conglomerate Siemens quit over a 2006-2007 scandal over bribing foreign officials to gain contracts. Banking giant Deutsche Bank has paid fines for breaking money laundering rules.

Wirecard’s troubles have a specific focus: they call into question the honesty of the financial statements that its investors and creditors relied on. In that sense, it echoes the accounting scandals of the early 2000s that rocked U.S. equity markets such as the one around energy company Enron.

BaFin has come under scrutiny in part for its decision in February 2018 to prevent traders from betting against the company’s stock. BaFin imposed the ban after the shares plunged on reports by the Financial Times that raised questions about the company’s accounting, including reports of backdated sales contracts that inflated revenue to meeting financial targets. BaFin said the short sales ban was to protect market integrity and investors, not the company.

In trying to explain what went wrong at the regulator, Toncar and others have pointed to BaFin’s limited range of authority. As a financial regulator, it was responsible for Wirecard Bank AG, the German banking arm of Wirecard, not the company as a whole.

Thorsten Sellhorn, professor at Ludwig Maximilian University of Munich, said that Germany’s accounting watchdog, the Financial Reporting Enforcement Panel, was the first line of defense, not BaFin. Sellhorn, who is president of the European Accounting Association, said it was “too early to point out the culprits” before criminal investigations are resolved.

He said, however, that he does not see a “smoking gun” at BaFin.

Instead, the company’s board of directors “would be much closer to home” and the first stop if outside auditors had questions. Germany has made what he called “slow progress” in improving board oversight, such as a corporate governance code that calls for CEOs to wait two years before taking board seats, more women on boards, and independent financial expertise among board appointees.

Carola Rinker, an economist and consultant who has studied accounting fraud, said several factors might have hindered BaFin and its auditors, EY. One is the complexity of Wirecard’s business model, which involves handling cashless payments among a complex network of credit card companies, merchants and and banks.

Another is that, unlike an industrial company, much of the value listed on Wirecard’s balance sheet was in the form of intangible financial factors such as accounting goodwill and customer relationships.

Rinker said that such “intangibles” were high at Wirecard, amounting to 1.4 billion euros out of a 5.8 billion-euro balance sheet. She contrasted Wirecard with the 2000 scandal over FlowTex, which borrowed 2 billion euros on the basis of drilling machines — a tangible asset — that didn't exist. “The problem with intangibles is that you cannot see their existence because they are not physical, so it is more difficult to show their value,” she said.

Those are complexities and issues BaFin head Hufeld will have a chance to discuss soon. He is scheduled to appear next week before the finance committee in the Bundestag, the lower house of parliament.