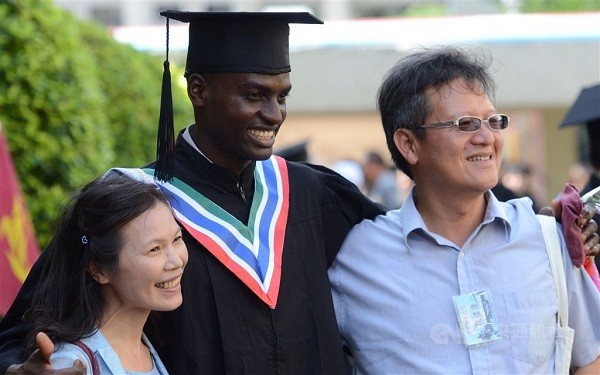 A recent survey of international students in Taiwan found that 83.6 percent said they wanted to stay in the country after graduation if they can find good jobs, according to the survey results released Wednesday.

The online survey of 3,724 students was conducted by the non-profit Foundation for International Cooperation in Higher Education of Taiwan (FICHET) in March and April this year.

The students surveyed included those from China, Hong Kong, Macau and various foreign countries pursuing higher education in Taiwan, as well as those studying at Chinese language centers.

When the survey was last conducted in 2018, 72 percent of those surveyed indicated that they would like to stay in Taiwan after graduating, according to FICHET.

The percentage of students who said that studying in Taiwan was a good investment also rose this year to 89.3 percent, up from 82 percent in 2018, FICHET said.

In the 2020 survey, the most common reason the respondents had for choosing to study overseas was to experience living abroad, followed by the opportunity to pursue a better education and to cultivate their academic research skills.

As for why they chose Taiwan, 41.2 percent of the students cited the country's "safety, freedom and openness," while 34.5 percent said it was because of scholarship offers.

The results show that international students were most satisfied with Taiwan's safe and free environment, the quality of education and healthcare, while their three biggest challenges were the cost of living, homesickness and finding work.

Asked to choose the three most important sources of information they had for learning about higher education in Taiwan, the top answers were the Internet, friends and family, and education fairs, according to the results.

According to the Ministry of Education, 130,417 overseas students were registered to study in higher education institutes in Taiwan during the 2019-2020 academic year.

Statistics from the National Immigration agency show, however, that fewer than 30 percent of them are currently in the country due to COVID-19 border restrictions.