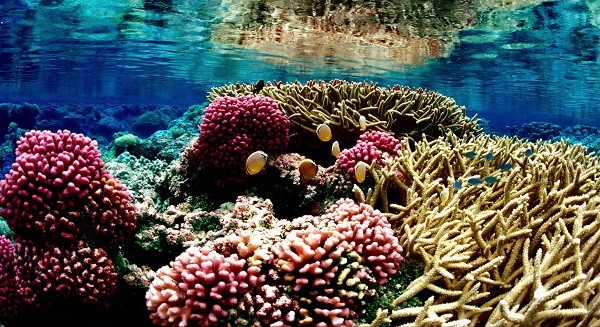 TAIPEI (Taiwan News) — A French researcher at Academia Sinica has shared the results of five years of research conducted in southern Taiwan, demonstrating a connection between extreme weather and coral reef survival as well as a promising solution to the crisis facing marine ecosystems.

Coral reefs thrive in shallow water within the tropical zone, between 30º N and 30º S latitude, where the sea temperature ranges from 22 to 29 degrees Celsius. Climate change, however, is rapidly bleaching acre after acre of reefs.

Warming seawater wreaks havoc on coral reefs: As temperatures climb, corals eject the symbiotic algae that live inside their tissues, which provide them with nutrients and their vibrant hues. Rising sea levels reduce the amount of sunlight that reaches the corals, while acidification stifles reef growth as the carbonate ions for building their skeletons become less abundant.

In the face of these threats, typhoons, despite being disastrous, surprisingly appear to have a cooling effect on coral reefs and prevent widespread bleaching.

In her research, Lauriane Ribas-Deulofeu, a Ph.D. candidate from the Biodiversity Research Center in Academia Sinica, revealed that during the massive bleaching event that occurred between 2015 and 2016, 7.4 percent of coral reefs in southern Taiwan's Kenting National Park were affected, while Australia's Great Barrier Reef lost over half of its coral cover.

Ribas-Deufoleu's data suggests the relief of thermal stress introduced by typhoons was the primary reason these two areas were impacted so differently.

In total, seven typhoons hit Kenting between August 2015 and April 2017, followed by temperature drops. The Great Barrier Reef only saw three typhoons from December 2014 to May 2017. Does this finding mean tropical cyclones are a blessing in disguise for diminishing coral reefs? Not exactly.

Ribas-Deulofeu's research indicates that the algae in Kenting's waters, which rebounded rapidly after the typhoons, competed with corals for available space; meanwhile, the extreme weather events physically damaged the structures of reefs. Both hamper the recovery of coral after a natural disaster.

While Taiwan's reefs seem to have bounced back from typhoon-induced harm, this does not happen everywhere. The cooling effect of typhoons will not always outweigh their destruction.

Beyond the weather, the impact of humans has played a critical role in the degradation of coral reefs in Kenting.

The land-based waste carried to the ocean by overflows increases nutrient levels. The seawater then becomes turbid and difficult for sunlight to penetrate. Finally, the micro-algae living in the coral produce less energy for their coral hosts, Ribas-Deulofeu explained.

In her study, the French researcher concluded that restoring water quality should be prioritized to ensure the future of Kenting's coral reefs. Through computer modeling, her team demonstrated that restoring 2 squared kilometers of mangroves at river estuary could significantly improve water quality in the local area.

The level of nutrients and sediment dropped after the plants reduced water flows and soaked up excess nutrients. 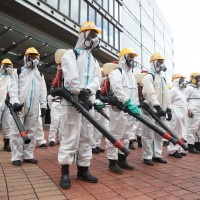