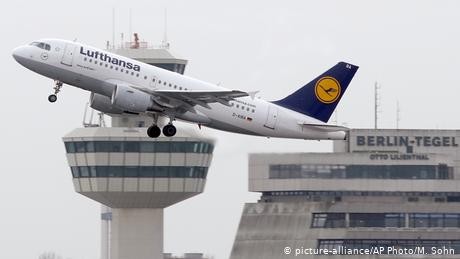 Top Lufthansa shareholder Heinz Hermann Thiele declared his backing on Wednesday for the government bailout for the airline, alleviating fears that the German billionaire would scupper the rescue package.

"I will vote for the agreement," Thiele told the Frankfurter Allgemeine Zeitung in an interview on the eve of an extraordinary general meeting where investors will vote on the proposal.

Read more: Lufthansa: The billionaire and the bailout drama

The proposed €9 billion ($10.1 billion) deal would see the state take a 20% stake in Lufthansa, a prospect Thiele had previously voiced skepticism about.The German government hopes to sell the stake by 2024.

Lufthansa shareholders are due to meet on Thursday to consider the rescue package.

The bailout is aimed at helping Europe's second largest airline stave off collapse in the face of the global coronavirus pandemic.

Lufthansa's share price was already falling well before the pandemic, but lockdowns and global freezes on passenger travel have devastated the German flag carrier.

On Tuesday, it was announced that Lufthansa's leisure subsidiary, SunExpress Germany, would shut down due to the impact of the coronavirus, leaving some 1,200 employees in limbo.