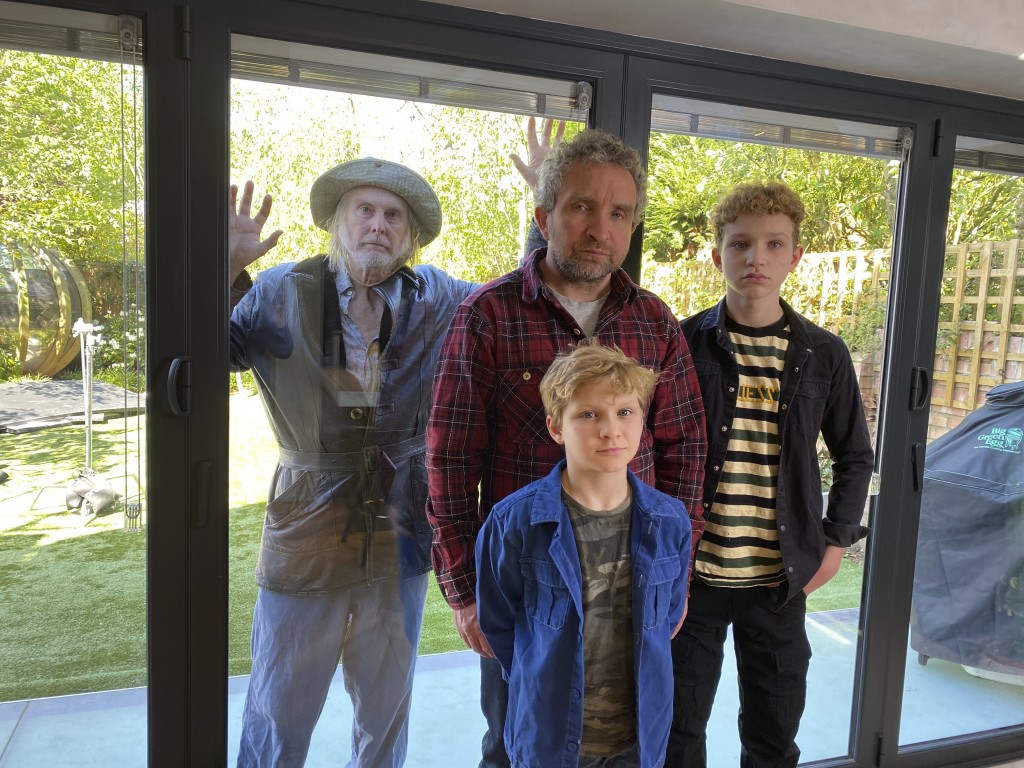 LOS ANGELES (AP) — When Jeff Pope and his family were sickened by COVID-19, getting well was the first concern. That accomplished, the British writer-producer decided to make timely art out of the pandemic’s burdens.

“It really drove home to me how something like this was being played out in millions of homes. We didn’t really have the big picture, just what was in front of us,” Pope said. “That was the inspiration for ‘Isolation Stories,’ which was a kaleidoscopic approach to what was happening.”

In the limited series streaming on BritBox, a quartet of 15-minute films offer slice-of-life takes on people under the quarantine’s thumb, including a pregnant woman abandoned by her married lover; a son tending his ill father; a hypochondriac in counseling and a family man with a crumbling marriage.

To make the series, Pope reached out in late March to writers, directors and actors who also wanted to add their voices to the virtual public square and, most importantly, do so quickly.

“We wanted to film stories about lockdown in the middle of lockdown, in the teeth of it, and for it to be broadcast while we were still experiencing it,” Pope said. “So it really is a time capsule, accurately reflecting what we were going through for that period, hopefully brief period, in time.”

Eddie Marsan ("Ray Donovan," “Deadpool 2”), who plays the embittered spouse in one of the self-contained episodes, said he welcomed the project as “something we could be proud of doing.”

“I thought it was really important to give testimony of what it was like to live within isolation, and it wouldn’t have been as emotive testimony if it was done in six months’ time,” he said.

But the challenges were apparent: how to tape with social distancing and safety paramount, and produce more than video selfies. The solution required ingenuity and household cooperation.

After enlisting family members to play supporting roles as needed, someone had to serve as camera operator. In the episode starring a pregnant Sheridan Smith ("Doctor Who") as the single mom-to-be, the job went to Smith’s partner, Jamie Dorn. (The couple have welcomed their infant son.)

Sanitized camera equipment was delivered to the house, Dorn got a crash course in handling it, and then the production became a long-distance affair.

“The crew were scattered to the four corners. ... There was a director in London, a DOP (director of photography) in Manchester and a first assistant director in Ireland,” Pope recalled. Production was guided from what he called the same multiple “little boxes” that any conference call user knows too well.

It turned out to be unexpectedly gratifying, he said, engendering “a really amazing sense of community, more so, really than even on a normal film set, because all of us could see everything all the time.”

Even a veteran producer like Pope could learn something. To feign the sweat of illness on an actor’s face, for instance, apply a light sheen of petroleum jelly and spritz it with water, allowing the beads to cling and show on screen.

The overall results may not be as polished as normal, "but I think people will cut us some slack because we had a go” at it, Pope said of the series that aired last month to acclaim in Britain.

For Marsan, “Isolation Stories” was a true family endeavor. Two of his four children played his sons and and his daughter shot footage for a “making of” documentary (the youngest was content to do home studies). His wife was camera operator and lighting technician.

The kitchen and its backyard view also play a central role, allowing a well-meaning father-in-law (David Threlfall) to perform socially distanced slapstick for his quarantined grandkids.

Marsan said it was odd to hold a video open house for TV viewers, but calls it a “natural curiosity" to want to see how others live — and to comment on it.

“We were having some renovation work done and the stairs had no carpet because it was about to be laid," he recalled. "A relative of mine sent me a text, ‘We really enjoyed it and we’re all chipping in to buy you carpet.’"

While the series proved a worthwhile experience, Pope said he's ready to return to business as usual when the virus permits. Film and TV production, which shut down in the U.K. (as in the U.S.) when the pandemic began, is slowly resuming.

Asking actors to share their home for a few days of production is feasible, he said, but telling them they have to surrender their privacy for weeks on end — "Oh, and by the way, your loved one is going to shoot for us” — won't fly.

“You wouldn’t choose to shoot like that unless you had to. That’s the honest answer,” Pope said.