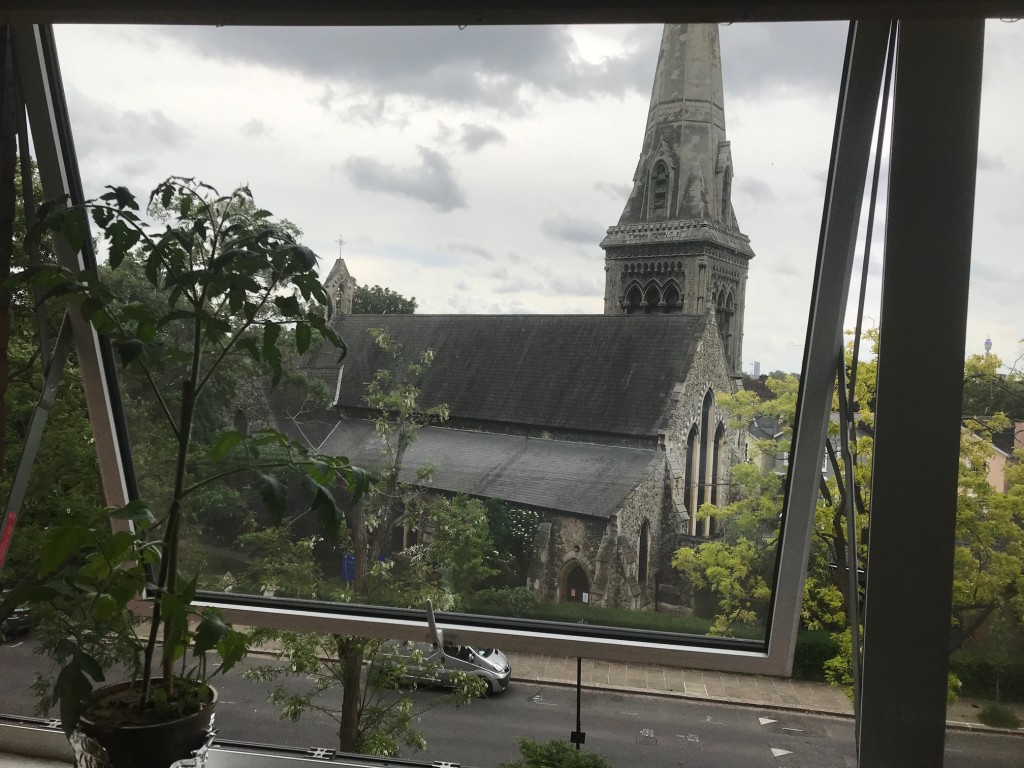 The arch phrase describing the Atlantic Ocean has long been an inside joke for those who regularly hopscotched over its untamed expanse. It implied that an ocean renowned for dashing helpless schooners upon jagged shores for centuries, swallowing the Titanic, leaving armies of fishermen's widows and giving birth to devastating hurricanes every year was no issue to those with ties on both sides.

With the COVID-19 pandemic, the Atlantic is a real live ocean once again, a barrier thousands of miles wide for a journalist in London who has a mother, three children, two grandchildren and scores of relatives on the other side.

What I have been denying for years, aided by FaceTime and frequent flights to all parts of the United States, is now staring me in the face: I am too far away.

This realization has taken months. In January, I was focused on Britain’s departure from the European Union. In February, as Italy discovered its coronavirus outbreak, I was on a Caribbean family vacation. I did not know those would be the last family hugs for the indefinite future.

By the time we fully realized the danger, my husband was down in South Africa for a month-long hiking trip that was canceled the day he arrived. As borders closed, it took him a week to get home, then 14 days in quarantine.

Work-wise, it’s been all COVID-19, all the time, so I know how lucky I am. My mother has not died alone and untested in an Italian nursing home. No grandchildren have hospitalized for a mystery inflammatory disease. I did not lose my job overnight as lockdowns threw millions out of work. I can work from home, even if my husband grumbles about it.

But that ocean. The list of life events missed across that damn ocean is mushrooming.

We could not help my stepdaughter in Chicago as her husband came down with COVID-19 just as our 5-month-old granddaughter stopped sleeping at night. Then she herself became symptomatic. We were eager to soothe a cranky baby, cook some meals, feel useful.

“You are not coming home in my lifetime,” my mother declared last year. I said she would live to be 100. But COVID-19 does not care if you are the sportiest 84-year-old in Rochester, N.Y.

I did not go to my first college reunion in 20 years or host a birthday party for Mom. We did not babysit in Chicago to give the new parents an anniversary trip. We did not take Amtrak across the country to visit Glacier National Park or host a rehearsal dinner for my stepson’s wedding in Montana. The wedding was canceled. Last weekend we received a Facebook notification that he was married.

Now I stare out the window as my British neighbors chat, 8 feet apart, with relatives outside. Or as their children, the same age as my grandson, color the driveway with chalk.

I used to fly across that ocean five times a year and shrug off the jet lag. Don't tell British Airways, but I would pay millions now to get on that London to Denver flight, which soars over Greenland, Hudson Bay and the vast Canadian tundra. Last time the sunlight was so beautiful I shot 15 minutes of Greenland glacier video and sent it to our feature team.

If the stars aligned, I could work early in London, fly to Ottawa and be in upstate New York with mom for a late dinner.

What am I going to do now? A second possible coronavirus wave looms over any cross-Atlantic plans this fall: grandchildren’s birthdays, Thanksgiving, Christmas. I have already rescheduled a flight home this summer twice, but the Canadian border that I need to cross is not open.

So send me advice. I’m all ears. I would hate for Mom to be right on this one.