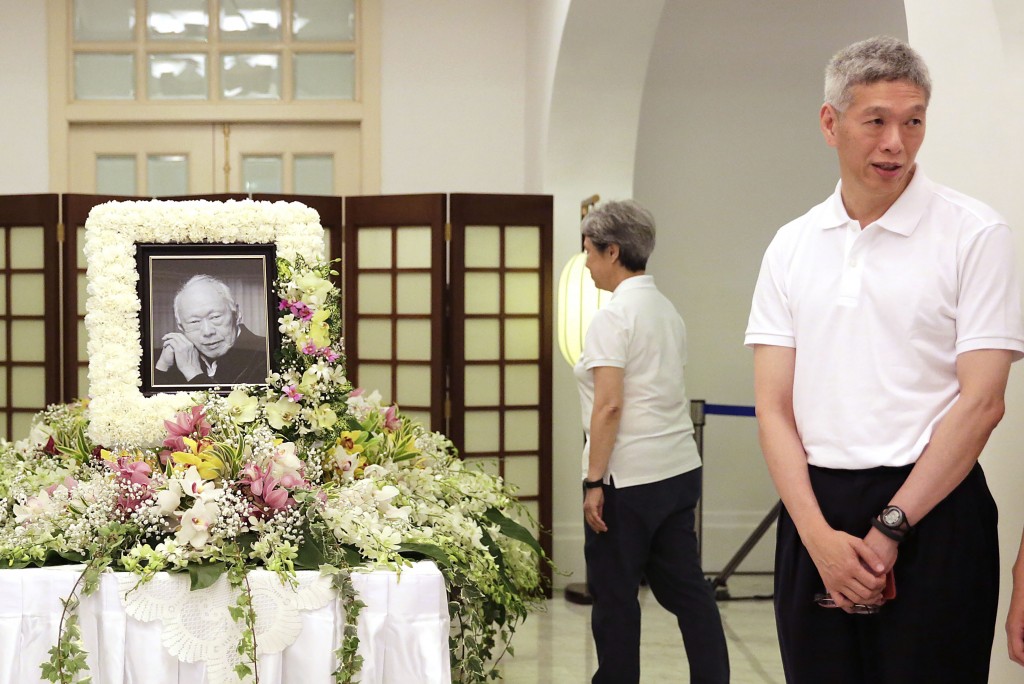 Lee Hsien Yang said Wednesday he has joined the Progress Singapore Party because he is concerned about issues such as governance and transparency, but declined to say whether he will run in the July 10 polls. The party was launched a year ago by former ruling party lawmaker Tan Cheng Bock.

The Lee brothers, whose father Lee Kuan Yew founded Singapore and turned it into an affluent city-state, have engaged in a public spat since 2017 over the late patriarch’s family home.

Lee Hsien Yang and his sister Lee Wei Ling accused their eldest brother of abusing his power to stop them from demolishing the family home according to the wishes of their father, who died in 2015. They accused him of seeking to preserve the house to maintain his own political popularity and legitimacy. Lee Hsien Loong said the government should be allowed to decide whether to maintain the house as part of the national heritage and that he had no role in the decision.

Even with Lee Hsien Yang's star power, the opposition is unlikely to seriously threaten the rule of the People's Action Party, which has been in power since 1959 and currently holds 83 of the 89 parliamentary seats.

The test will be whether the ruling party can retain the 69.9% share of the vote it received in 2015. The elections are expected to be the last for Prime Minister Lee, who plans to retire and hand over power to a new crop of leaders.

Lee called for early elections on Tuesday, ahead of the end of his government's five-year term next April, saying it is a good window now since the coronavirus pandemic has stabilized and there is no assurance it will be over by next April. He said other countries such as South Korea have showed that elections can be held safely during the outbreak.

Singapore, which has 5.8 million people, was initially hailed as a model for containing the virus, but cases then soared to more than 42,000, one of the highest infection rates in Asia, with most linked to foreign workers' dormitories. Officials said infections in the dorms have declined, while cases outside the dorms have stabilized.

Progress Singapore Party leader Tan on Wednesday said holding elections now is an “irresponsible act" that shows the prime minister is putting politics above public safety. His party welcomed the younger Lee into its fold and tweeted that “it's time for a change."