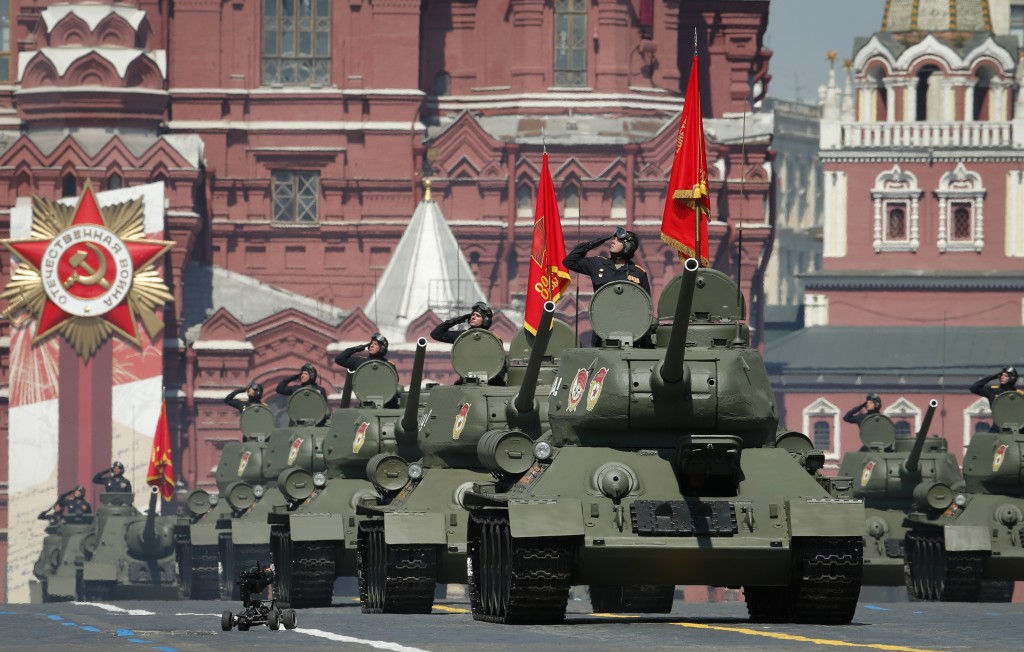 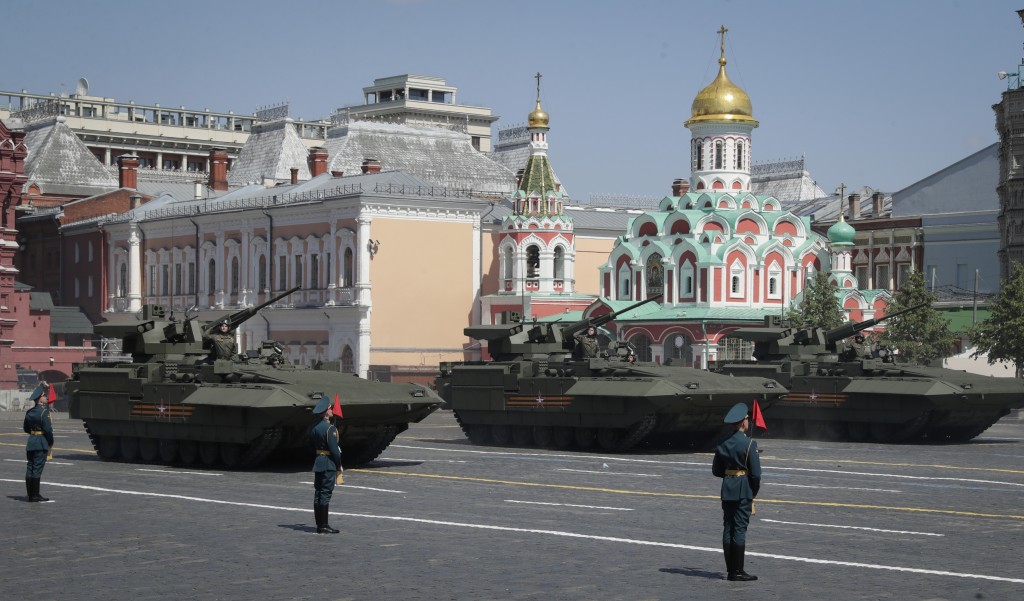 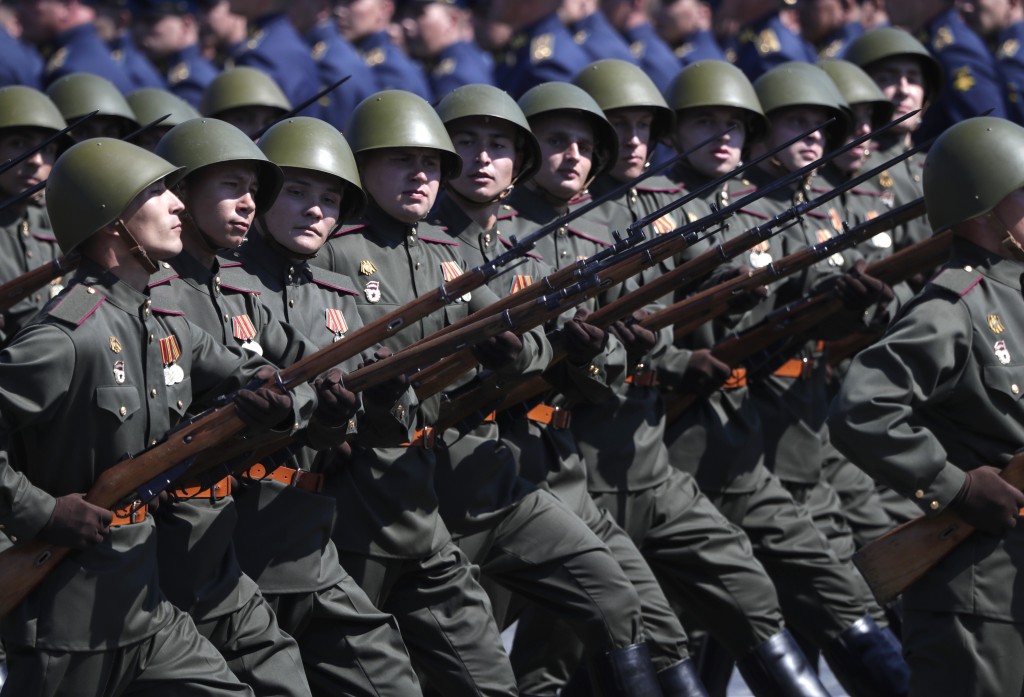 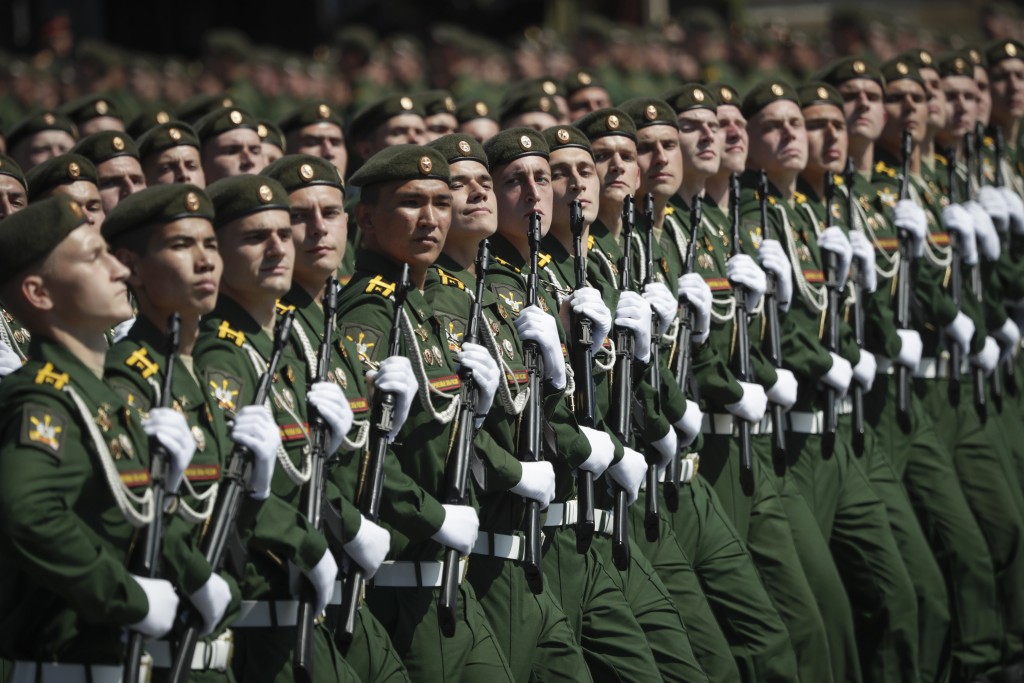 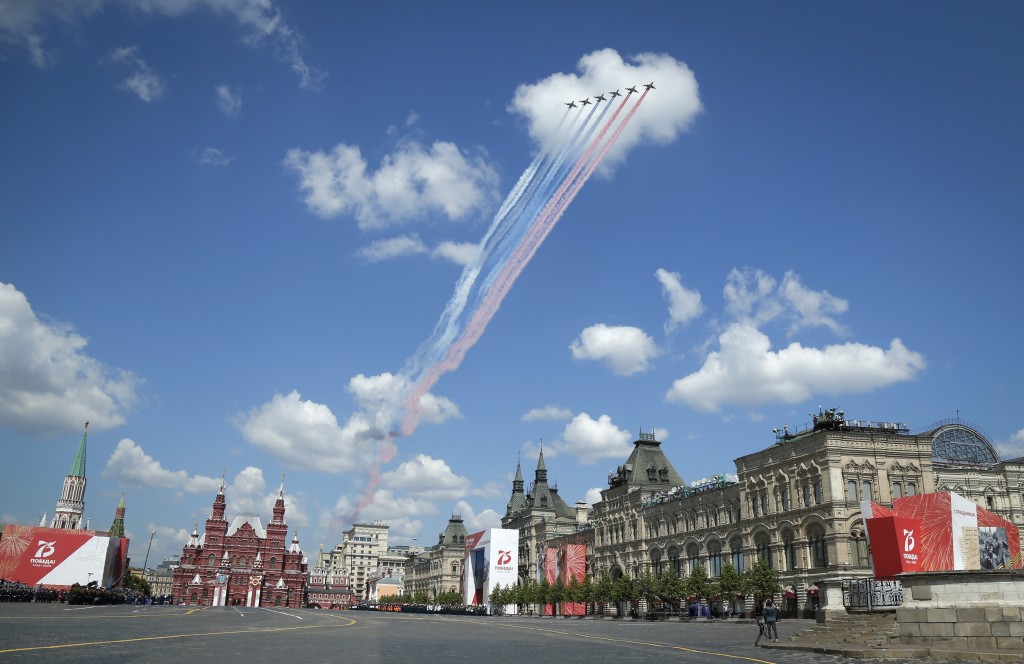 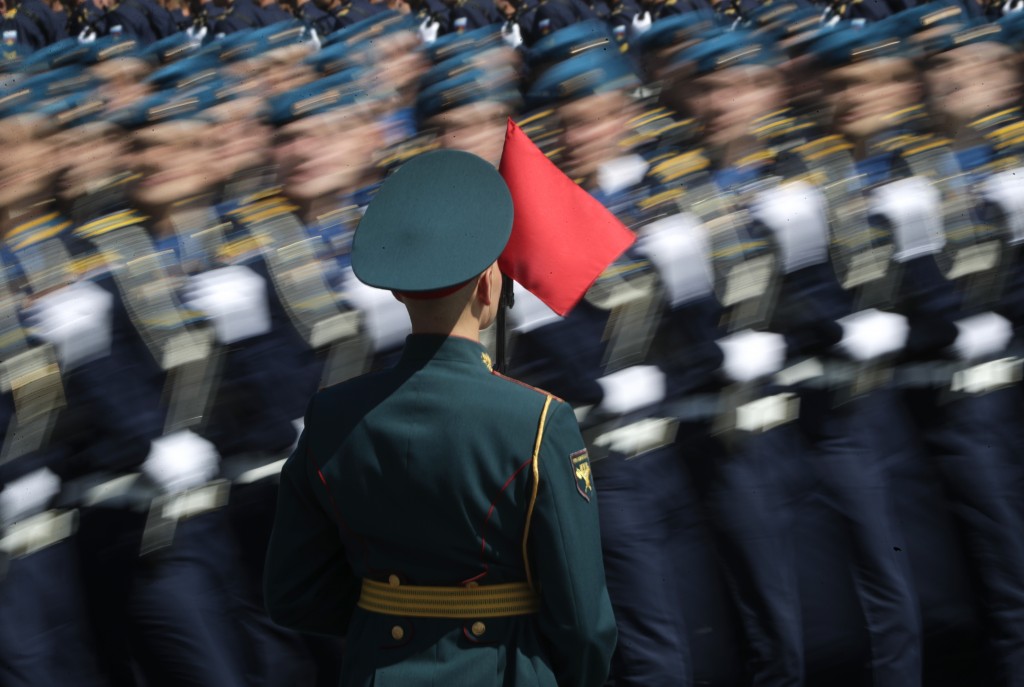 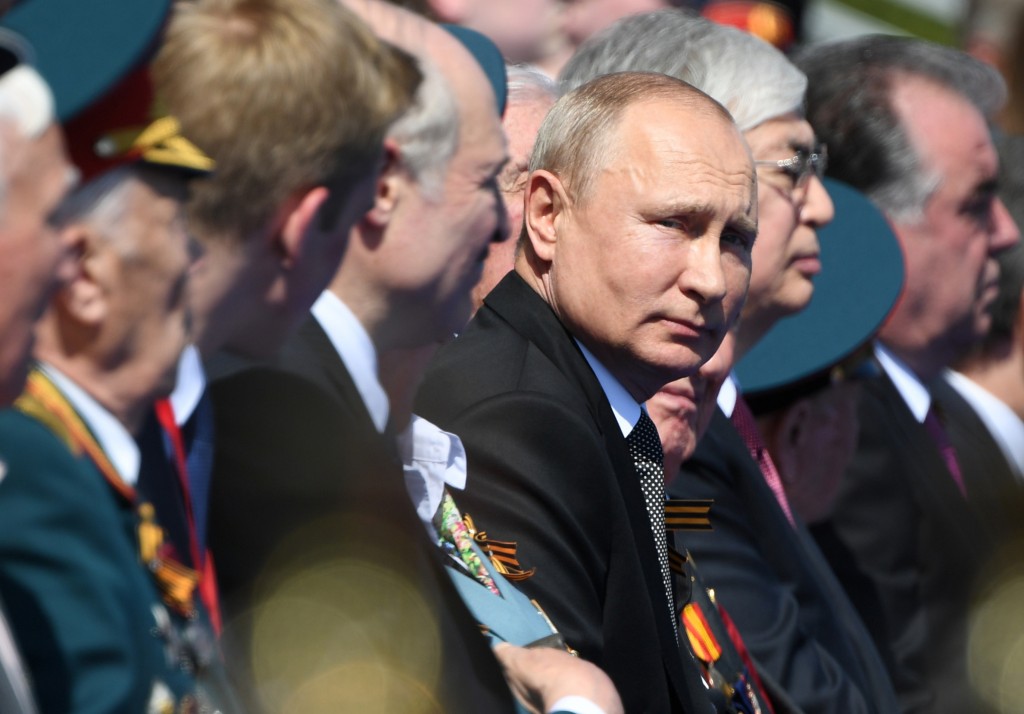 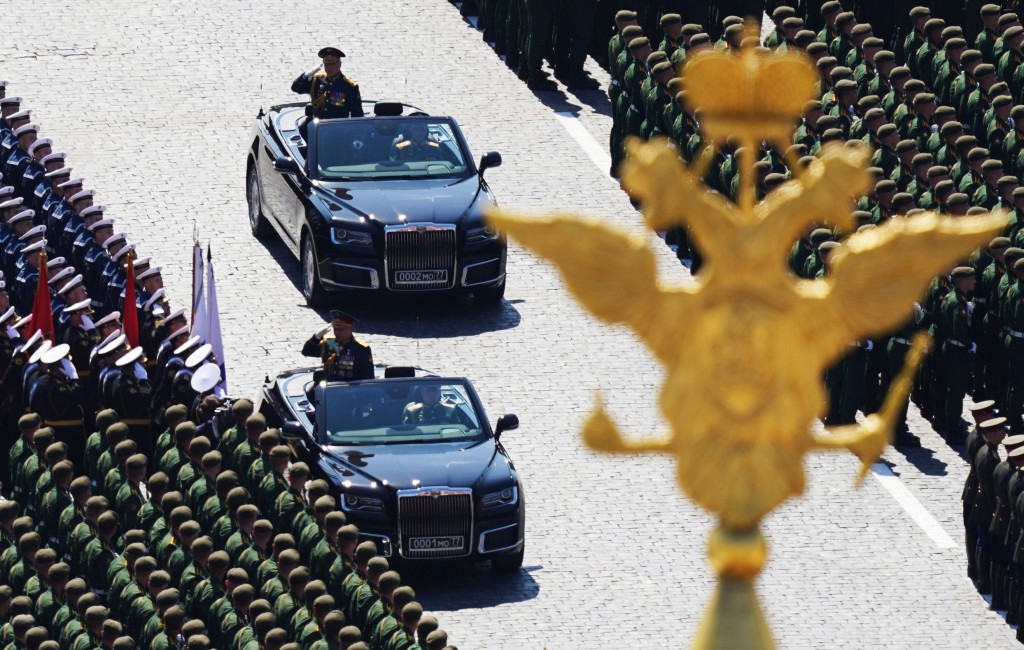 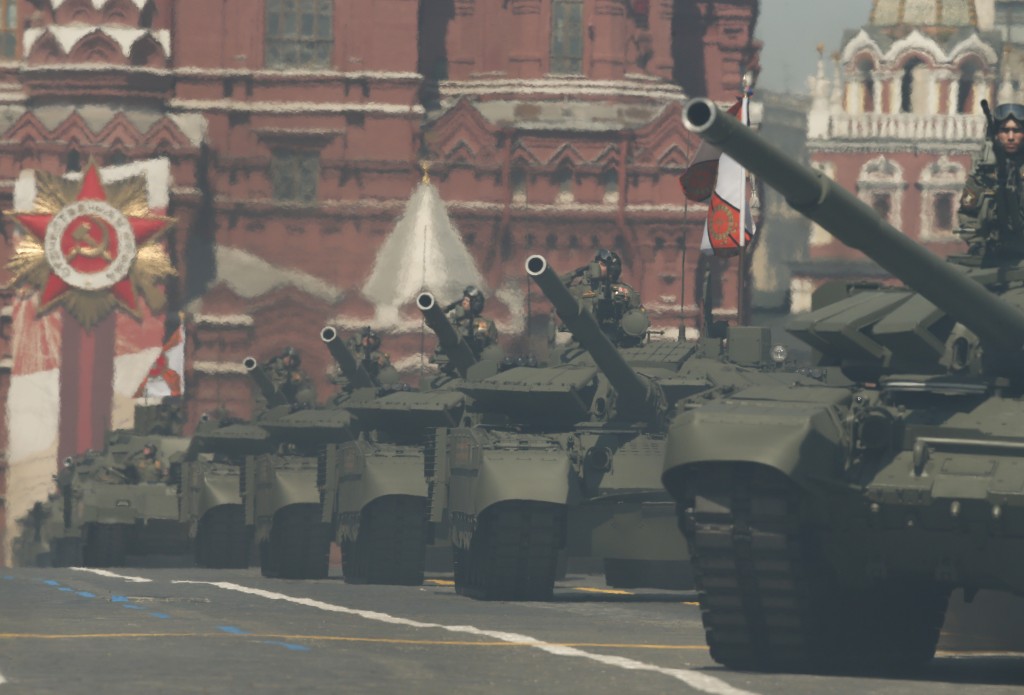 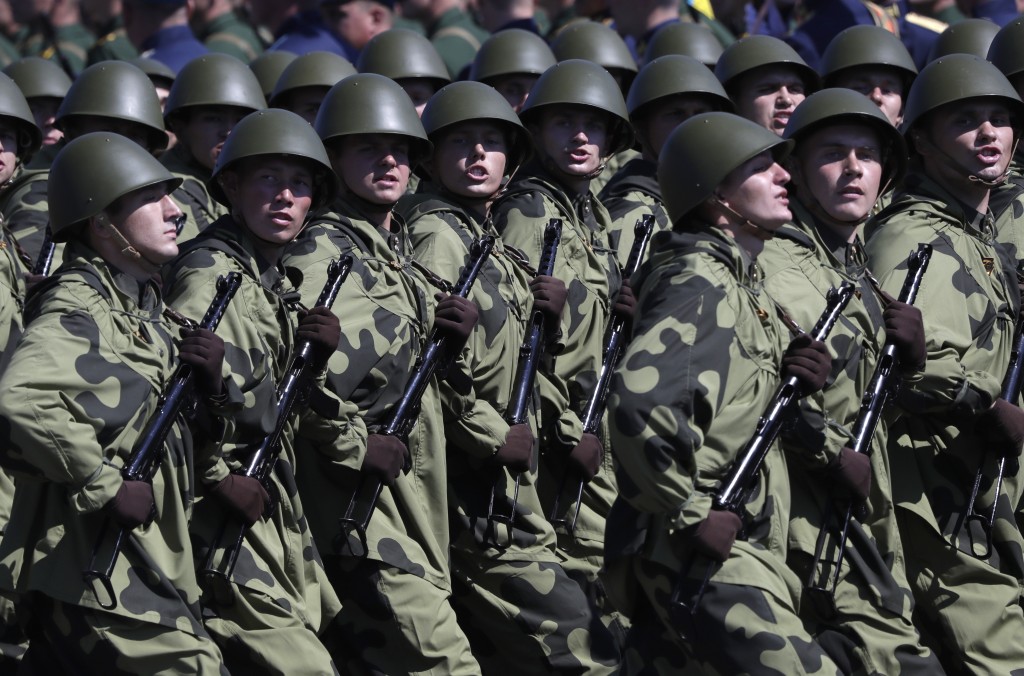 MOSCOW (AP) — Russian President Vladimir Putin hailed the defeat of Nazi Germany at the traditional massive Red Square military parade in Moscow, which was delayed by more than a month because of the invisible enemy of coronavirus.

The parade is usually held May 9 on Victory Day, Russia’s most important secular holiday, but was postponed until Wednesday due to the pandemic. But the timing allowed Russia to mark another significant war-era event — the 75th anniversary of the Red Square parade by troops returning home after the Nazis’ defeat.

“It is impossible to imagine what would have happened to the world if the Red Army did not stand up to its defense,” Putin said in an address to the parade.

Some 14,000 soldiers took part in the parade, including units from several former Soviet republics and from Mongolia and Serbia.

More than 230 military vehicles drove across the vast square in the Russian capital, ranging from renowned WWII-era T-34 tanks to hulking Topol intercontinental ballistic missile-launchers. A flyover of helicopters, bombers and fighter planes completed the show of military might.

An estimated 27 million Soviets died in the war, either on the battlefield or as civilian casualties. Their valor and suffering has become key to Russia's national identity.

“It was our people who were able to overcome a terrible, total evil,” Putin said. “This is the main, honest, in-no-way-unclear truth about the war. We must protect and defend it, pass it on to our children, grandchildren and great-grandchildren.”

Putin and other Russian officials have frequently expressed umbrage at what they see as attempts by other countries to “rewrite history” by downplaying the Soviets' role in World War II.

The appeal to Russian patriotism comes at an important time for Putin, with early voting beginning Thursday in a referendum on constitutional amendments that would allow him to run for another two terms as president, possibly in office until 2036.

Putin made no mention of the coronavirus pandemic in his speech, tacitly reinforcing his claim the previous day that Russia has passed the most dangerous stage in the pandemic. However, Russia has reported more than 7,000 new infection cases daily this week and has the third-highest confirmed number of infections in the world after the United States and Brazil.

Many spectators in the viewing stands were wearing masks, but Russian soldiers in close formation on the square did not. Putin and other dignitaries on the main viewing stage also did not wear masks.

Those dignitaries included elderly war veterans with rows of medals cascading down their chests. Presidential spokesman Dmitry Peskov said all the veterans in attendance had undergone quarantines before the event.