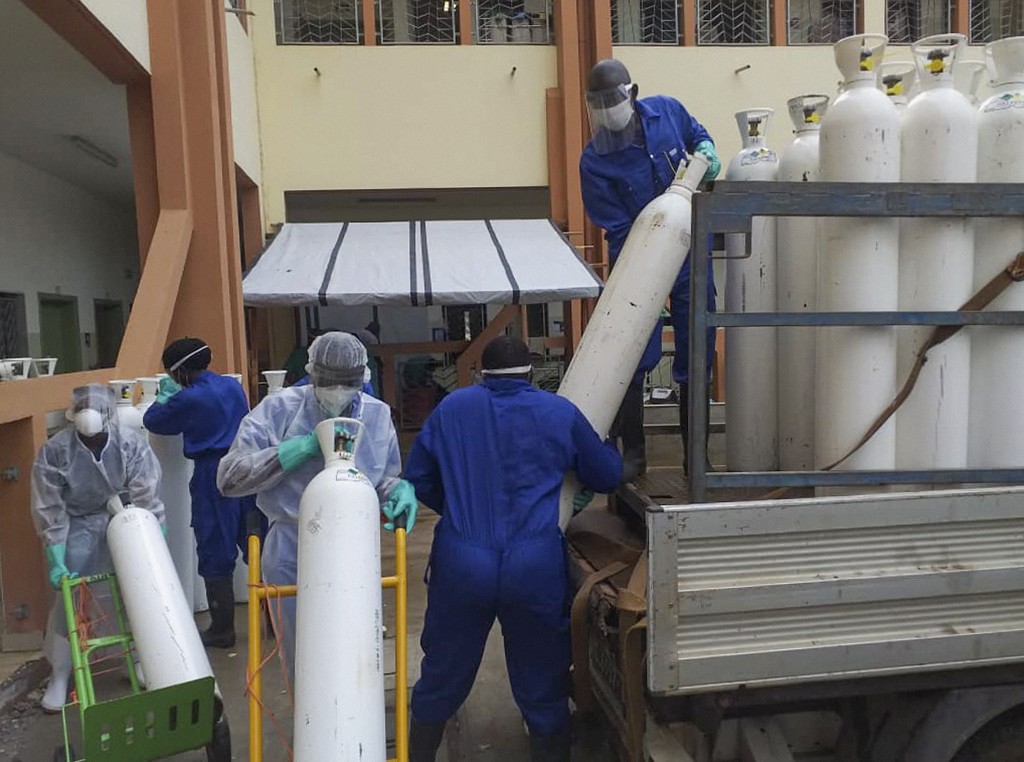 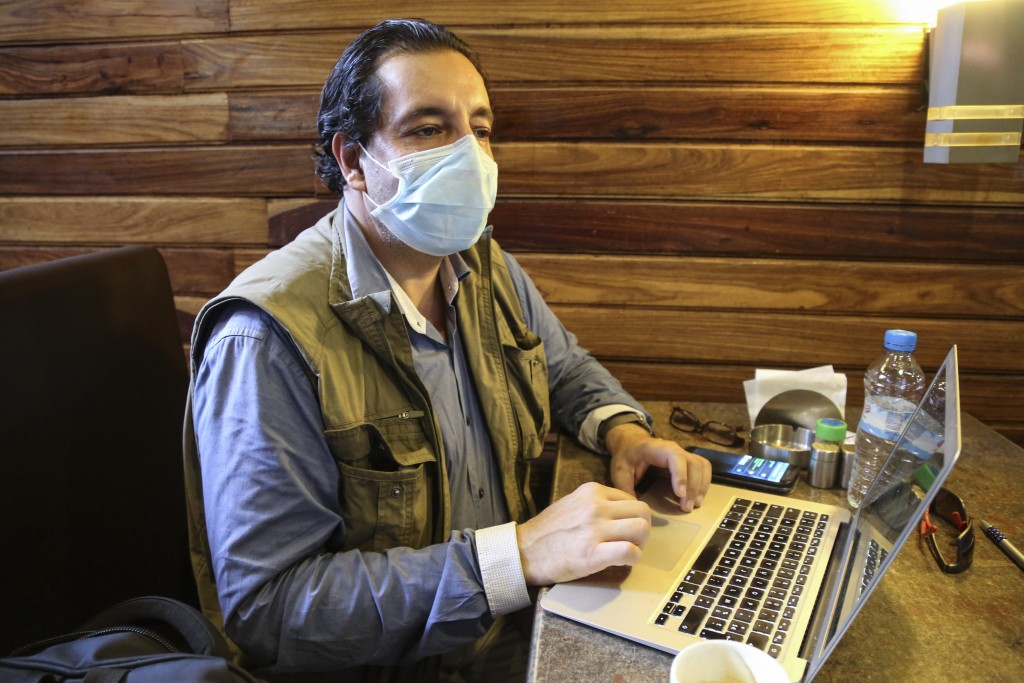 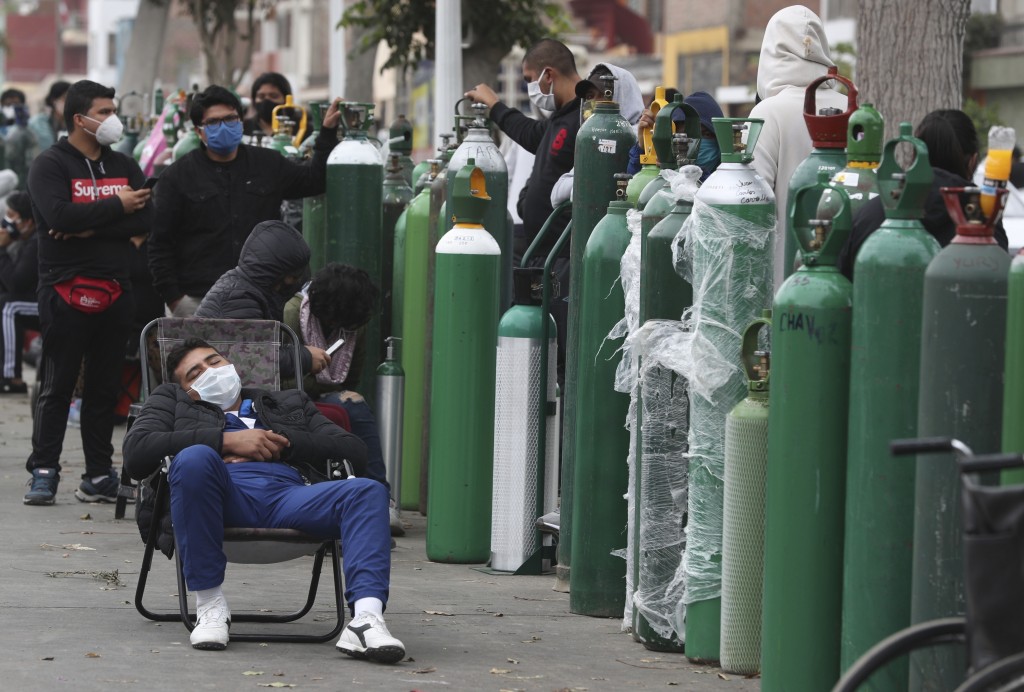 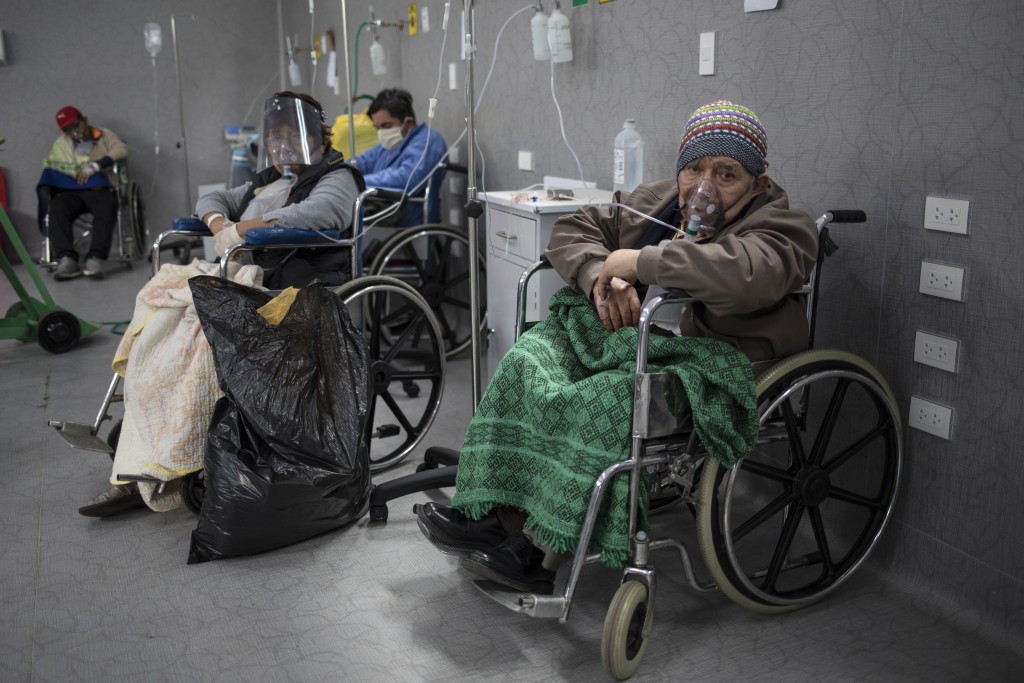 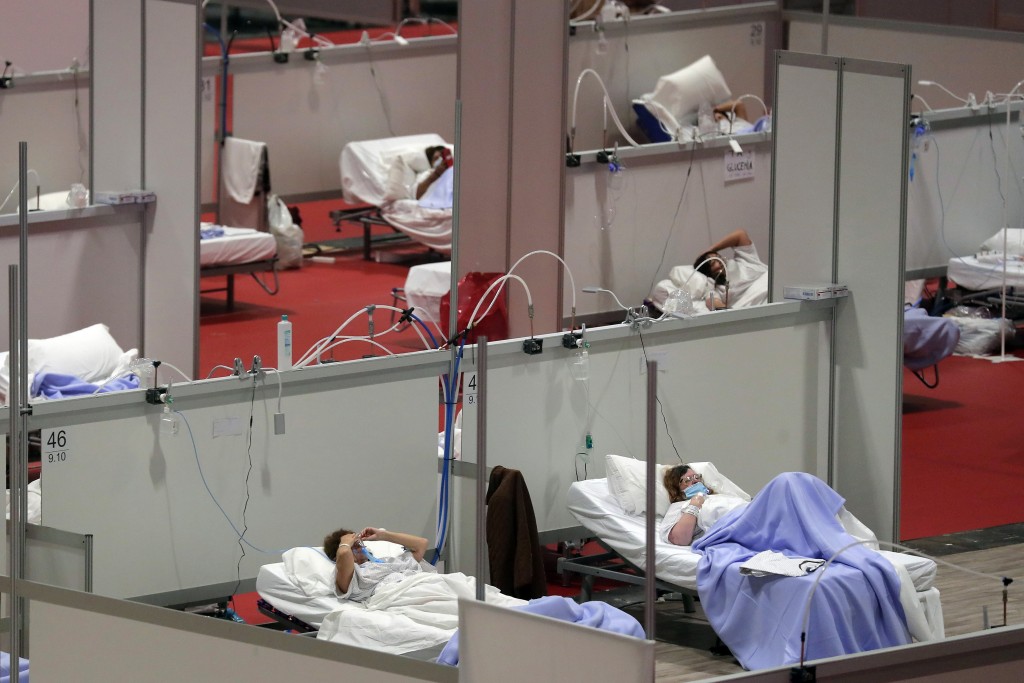 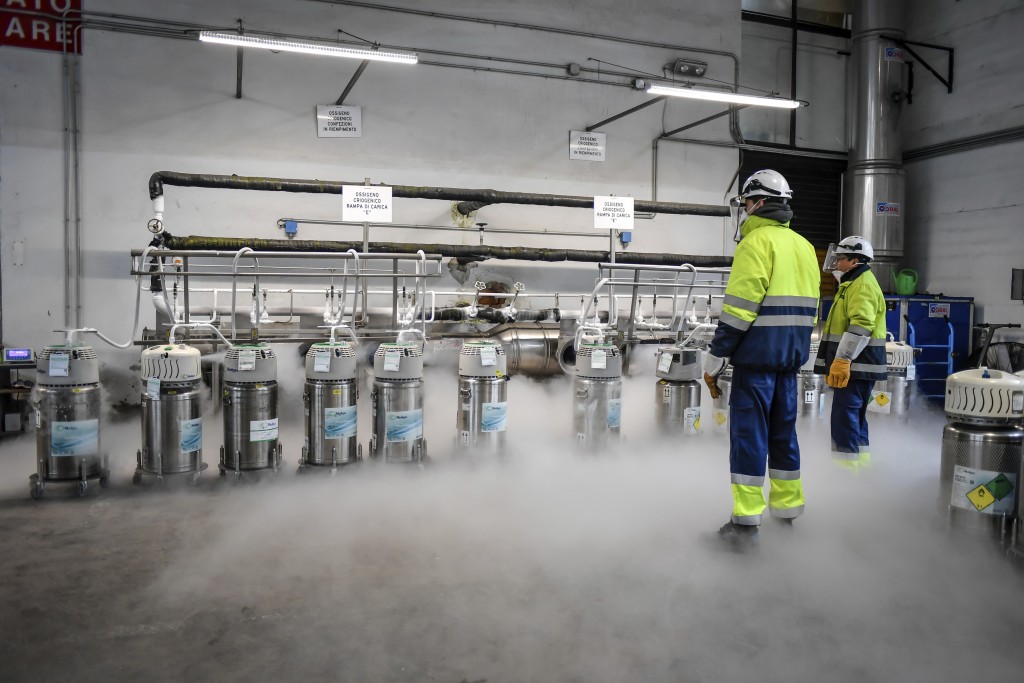 CONAKRY, Guinea (AP) — Soaring demand for oxygen prompted by the coronavirus is bringing out a stark global truth: Even the right to breathe depends on money.

In wealthy Europe and North America, hospitals treat oxygen as a fundamental need, much like water or electricity. It is delivered in liquid form by tanker truck and piped directly to the beds of coronavirus patients. Running short is all but unthinkable for a resource that can literally be pulled from the air.

But in poor countries, from Peru to Bangladesh, it is in lethally short supply. Across sub-Saharan Africa, oxygen is a costly challenge for government-funded medical facilities such as Guinea's Donka public hospital in the capital, Conakry.

The hospital's planned oxygen plant has never started up. So instead of piping oxygen directly to beds, a secondhand pickup truck carries cylinders over potholed roads from Guinea’s sole source of medical-grade oxygen, the SOGEDI factory dating to the 1950s. Outside the capital, in hospitals and medical centers in remote villages and major towns, doctors say there is no oxygen at all.

“Oxygen is one of the most important interventions, (but) it’s in very short supply,” said Dr. Tom Frieden, former director of the CDC and current president and CEO of Resolve to Save Lives.

In Bangladesh, the lack of a centralized system for the delivery of oxygen to hospitals has led to a flourishing market in the sale of cylinders to homes. In Peru, the president has ordered industrial plants to ramp up production for medical use or buy oxygen from abroad. He allocated about $28 million for oxygen tanks and new plants.

But a massive production increase or an impromptu private marketplace are both out of reach in Guinea, where GDP per capita is $850.

Alassane Ly, a telecommunications engineer and U.S. resident who split his time between the Atlanta suburbs and his homeland, boarded a flight to Guinea in February. He promised his wife and young daughters he’d be home by April to celebrate Ramadan.

Then he fell ill. On May 4, struggling to breathe and awaiting results for a coronavirus test, he was turned away from two medical facilities that said they they weren’t equipped to help.

Finally, his brother-in-law drove him through curfew checkpoints to Donka hospital, where he finally got the oxygen he had sought all day.

It was apparently too little and too late. Within hours, he was dead. Six weeks later, his coronavirus test came back positive.

His death sparked a furor in Guinea, prompting denials from the health minister that Ly had received anything except the best care.

Ly’s widow, Taibou, said she can accept her husband’s death as God’s will, but said she cannot accept a medical system that failed.

“One life is not worth more than another,” she said from her home in suburban Atlanta.

Dr. Aboubacar Conté, head of Guinea’s health services, said four hospitals in outlying cities will eventually get their own on-site plants to ease what he acknowledged is a need for oxygen outside the capital. Only two have funding so far.

Conté, who was diagnosed with coronavirus and hospitalized briefly at Donka himself, was philosophical about the gap between wealthy nations and those like Guinea.

For many severe COVID patients, hypoxia — radically low blood-oxygen levels — is the main danger. Only pure oxygen in large quantities buys the time they need to recover. Oxygen is also used for the treatment of respiratory diseases such as pneumonia, the single largest cause of death in children worldwide.

Yet until 2017, oxygen wasn’t even on the World Health Organization’s list of essential medicines. In vast parts of sub-Saharan Africa, Latin America and Asia, that meant there was little money from international donors and little pressure on governments.

“Oxygen has been missing on the global agenda for decades,” said Leith Greenslade, a global health activist with the coalition Every Breath Counts.

The issue got more attention after British Prime Minister Boris Johnson narrowly survived coronavirus, crediting his recovery to the National Health Service and “liters and liters of oxygen.” But Johnson is a prominent figure in one of the world’s wealthiest countries.

Unlike for vaccines, clean water, contraception or HIV medication, there are no global studies to show how many people lack oxygen treatment — only broad estimates that suggest at least half of the world’s population does not have access to it.

In the few places where in-depth studies have been carried out, the situation looks dire. In Congo, only 2% of health care facilities have oxygen; in Tanzania, it’s 8%, and in Bangladesh, 7%, according to some limited surveys for USAID.

Everywhere that oxygen is scarce, pulse oximeters to measure blood-oxygen levels are even scarcer. By the time lips turn blue, a frequent measure used, a patient is usually beyond saving.

Some places have made progress, largely thanks to local activists who have pushed for plants and better access outside just the largest cities. Kenya, Uganda and Rwanda all have made it a priority, according to Dr. Bernard Olayo of the Center for Public Health and Development in East Africa.

But in Guinea, not a single hospital bed has a direct oxygen supply, and the daily deliveries of cylinders are taking their toll on budgets, with each one costing $115.

Doctors outside Conakry say oxygen is just another necessity they do without, joining basic painkillers, thermometers and reliable electricity on a long list.

“All we can do is send someone elsewhere if they are in need,” said Dr. Theophile Goto Monemou of Sangaredi Community Hospital.

In mid-June, at least two people tested positive for COVID-19 there. One was driven more than six hours by ambulance, according to the Sangaredi Mayor Mamadou Bah.

Guinea’s official coronavirus tally is more than 4,988 coronavirus cases and 27 dead. The tally is an undercount as testing is limited.

Dr. Fode Kaba, a cardiologist at a public hospital in Ratoma, an outlying neighborhood of Conakry, said he has no oxygen at hand and no intensive care beds. When people seeking urgent care can’t breathe, he calls an ambulance to send them to Donka about 20 minutes away and hopes for the best. But, he acknowledged, “If you don’t get it right away, it’s death.”